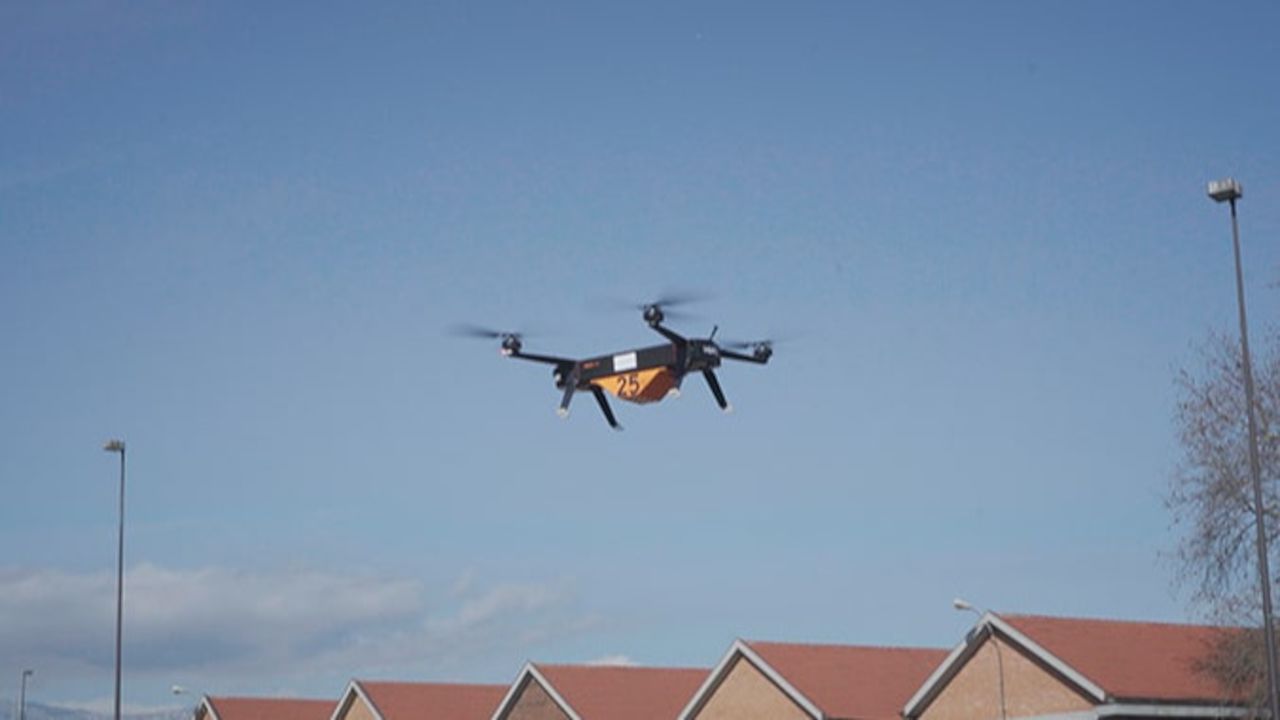 Leonardo announced that it will continue to experiment in the field of advanced air mobility as it aims to accelerate the introduction of drones into civilian skies and develop innovative drone-based services for Italy and beyond. In a recent collaboration with the Municipality of Turin and D-Flight (an ENAV group company, part owned by Leonardo and Telespazio), Leonardo conducted a series of test flights in which a drone weighing 130kg and powered by an electric propulsion system carried loads of up to 25kg. The demo, which was authorised by ENAC (the Italian Civil Aviation Authority) and took place in the city of Turin, is the next step towards a new model of air transport logistics for medium-range routes, defined as those up to 50km.

The project, called “Sumeri: Si Salpa!” is the first in Italy and amongst the first in the world in which a remotely-piloted system with these characteristics has flown in an urban environment. It is part of a series of experiments that will lead towards a future in which drones carrying hundreds of kilos of goods will be flown up to 50km by operators using a Beyond Visual Line of Site (BVLOS) control system.

Laurent Sissmann, SVP Unmanned Systems at Leonardo, said “This initiative is an expression of Leonardo’s vision to make cities more functional, sustainable and ecologically-friendly through the application of new technologies in the fields of unmanned aircraft and logistics, applications which can also be used in times of emergency, such as those we’ve seen in recent months. Artificial intelligence and automation, combined with Leonardo’s system-level expertise in aeronautics, are enabling us to bring forward exciting new types of air operations in complete safety. We send our warm thanks to the Municipality of Turin, which is taking a leading role in this domain. I would also like to express gratitude to ENAC for their support, which enabled us to deliver this innovative technology trial in full compliance with the relevant safety and security regulations. Last but not least, we are very pleased to see the further development and growth of D-Flight, which contributed its air traffic management platform expertise to the demonstration.”

The trial incorporated three factors that will be essential in the development of innovative logistics services for urban environments: the high load capacity of the drone, a high level of automation and advanced capabilities for dealing with air traffic management. The benefits to citizens of such services will include faster deliveries, lower costs and, most importantly, reduced pollution due to the drones’ electric propulsion systems.

Alessio Quaranta, General Manager of ENAC, said “The experience we have gained from the Sumeri project has improved our ability to implement innovative risk methods that are provided by drone operation regulations. The ability to transport goods via drone in urban areas is an important part of the development of urban and advanced air mobility in Italy. The Sumeri project is part of a national initiative to develop innovative mobility throughout Italy, which ENAC has been working on alongside the Ministry of Infrastructure and Transport, the Ministry for Innovation and Digitization and with the active support of major national stakeholders such as Leonardo. It is a model we hope to be able to export across Europe.”

Marco Pironti, Councillor for Innovation of the city of Turin, said “Urban air mobility is at the forefront of our mandate to innovate. It is one of the most challenging ‘smart city’ technologies to develop, but very much an area in which we are keen to push the boundaries through urban experimentation. One of the most interesting use cases for urban air mobility is to allow for the transport of goods from distribution centres to the end customer (the ‘last mile’) via a variety of modes of transportation, which will have a positive impact for our city, our citizens and our environment. I’m very happy to see the Sumeri project, an international collaboration between our Turin City Labs ecosystem and air mobility project leader Leonardo, is already off to a successful start.

The demonstration is being facilitated by an air traffic management software platform developed by D-Flight, which is also providing QR code registration and release services for the experiment. D-Flight is also taking the opportunity to trial a new mobile app that can facilitate mission planning and in-mission tasks. The use of such systems is highlighting the company’s efficient, innovative and practical response to future European regulation on ‘U-space’, airspace specifically designated for remotely-piloted aircraft. D-Flight offers one of the first operational European software platforms for U-space, allowing traditional aircraft and drones to co-exist in the same airspace. The company’s ability to support the progressive introduction of new drone services will allow for the sustainable development of an already growing sector.