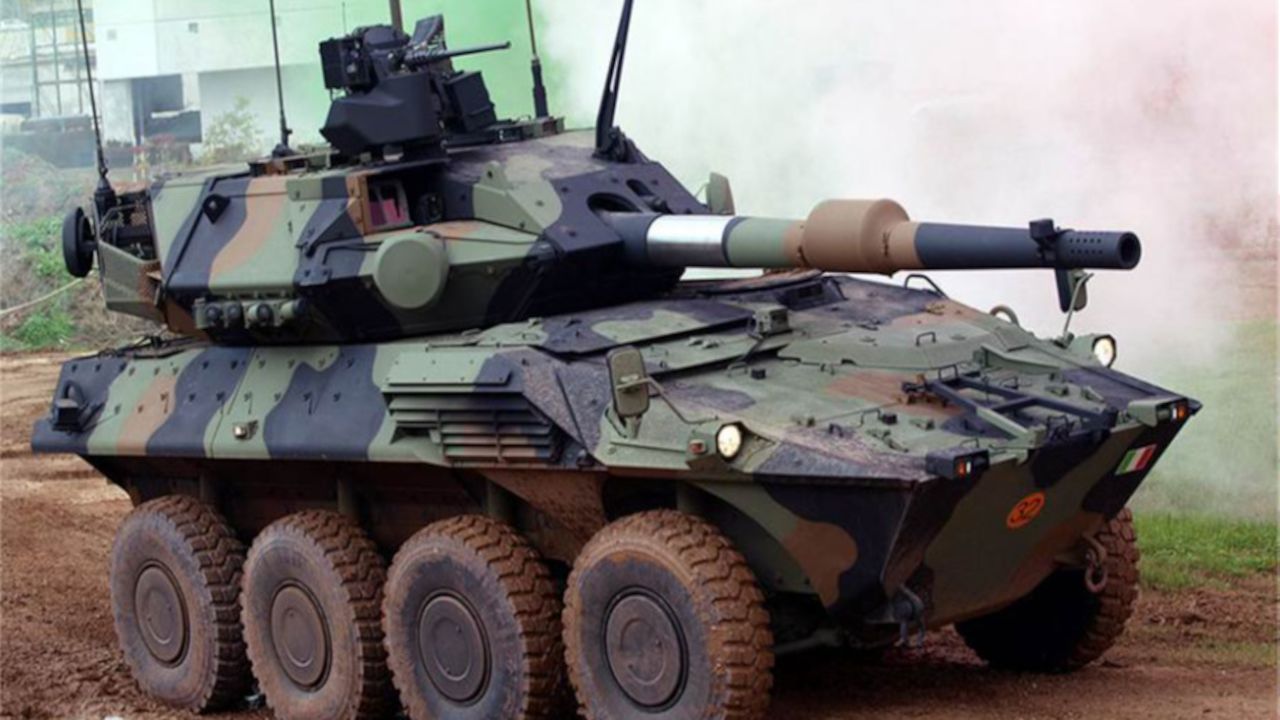 According to a press release published on December 30, 2020, General Secretariat of the Italian Defence and of the National Armaments Directorate, the Land Armaments Director Lieutenant General Paolo Giovannini and the Commercial Director of the Iveco - Oto Melara Consortium (CIO) Dr. Eng. Giovanni Luisi, signed a contract for the purchase of 86 Centauro II 120mm anti-tank 8x8 wheeled armored vehicles, plus 10 additional units in option, and integrated logistic support and equipment.

The contract, marking the follow-up of the initial supply of 10 units (purchased with the contract signed in July 2018) on a total need of the Italian Army of 150 units, ensures long-term stability thus strengthening the strategic know-how for the land sector of the national industry of Defence and guaranteeing the production continuity.

The Centauro II is an improved version of the first version of the Centauro 8x8 anti-tank fire support vehicle designed and manufactured by the Italian Iveco and Oto Melara Consortium (CIO). It is a new concept of wheeled armored vehicle capable of operating in any scenario: from national security missions to peacekeeping and support operations including all interventions involving the Italian Armed Forces.

The Centauro II is fitted with a new generation of armor providing high-level ballistic protection with a completely rearranged hull chassis and turret design, add-on armor and technical characteristics tested to the AEP 55 standard, capable to resist against threats such as mines, IEDs and the latest-generation kinetic munitions.

The Centauro II is fitted with a three-man turret armed with the third generation of 120/45 mm gun (optional 105/52mm interchangeable to 120 mm), with integrated and stabilized low-recoil muzzle brake, providing the same firepower as most modern main battle tanks, with the capability to fire all latest generation 120 mm NATO APFSDS and multi-role MP munitions. The turret of the vehicle can be fitted with a remotely operated weapon station HITROLE that can be armed with one 7.62mm or 12.7mm machine gun as well as one 40mm automatic grenade launcher.