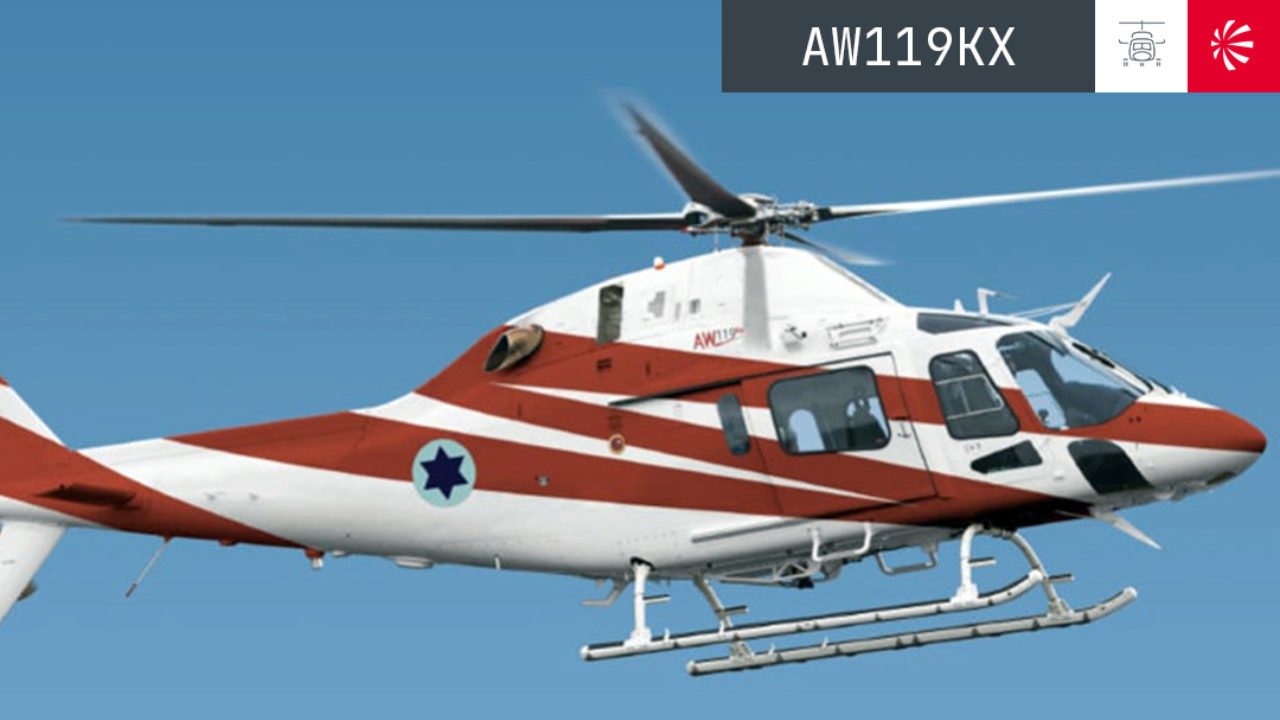 The Italian company Leonardo announced that it has received a $29 million USD contract award by the U.S. Department of Defense to supply the new AW119Kx aircraft as a part of Foreign Military Sales (FMS) program to Israel.

The aircraft will be fully produced at Leonardo’s facility in Philadelphia, Pennsylvania.

Israel’s Ministry of Defence is already an AW119Kx customer. In 2019 a contract was signed for a comprehensive range of integrated defense training capabilities, which included seven AW119Kx single engine helicopters to be produced in the United States. The comprehensive training program also includes full flight simulators and other training devices, newly built facilities and a 20-year support package.

The multirole AW119 has proven increasingly successful in recent years in the world’s defense market for both training and operational mission profiles. In 2020, the U.S. Department of Defense awarded a contract for up to 130 AW119’s to replace the aging TH-57 Sea Ranger as the primary training helicopter for the U.S. Navy, Marine Corps and Coast Guard, with 104 units on order to date. Additionally, the Portuguese Air Force presently uses their fleet of five AW119s for training, MEDEVAC, troop transport and short range maritime SAR and may be used for firefighting.

The number of AW119 operators continues to grow as the type has been chosen for defense, homeland security and law enforcement missions by operators in countries such as USA, Portugal, Finland, Latvia, Brazil, Ecuador, and the Republic of Korea, among others.

The versatile AW119 features both VFR and IFR capable core avionic systems for enhanced situational awareness, mission effectiveness and safety, giving operators different options to meet their specific needs. The type delivers outstanding overall performance with a strong power margin and the largest cabin in its category, able to accommodate up to six passengers depending on configuration. Over 470 AW119s have been sold to date.