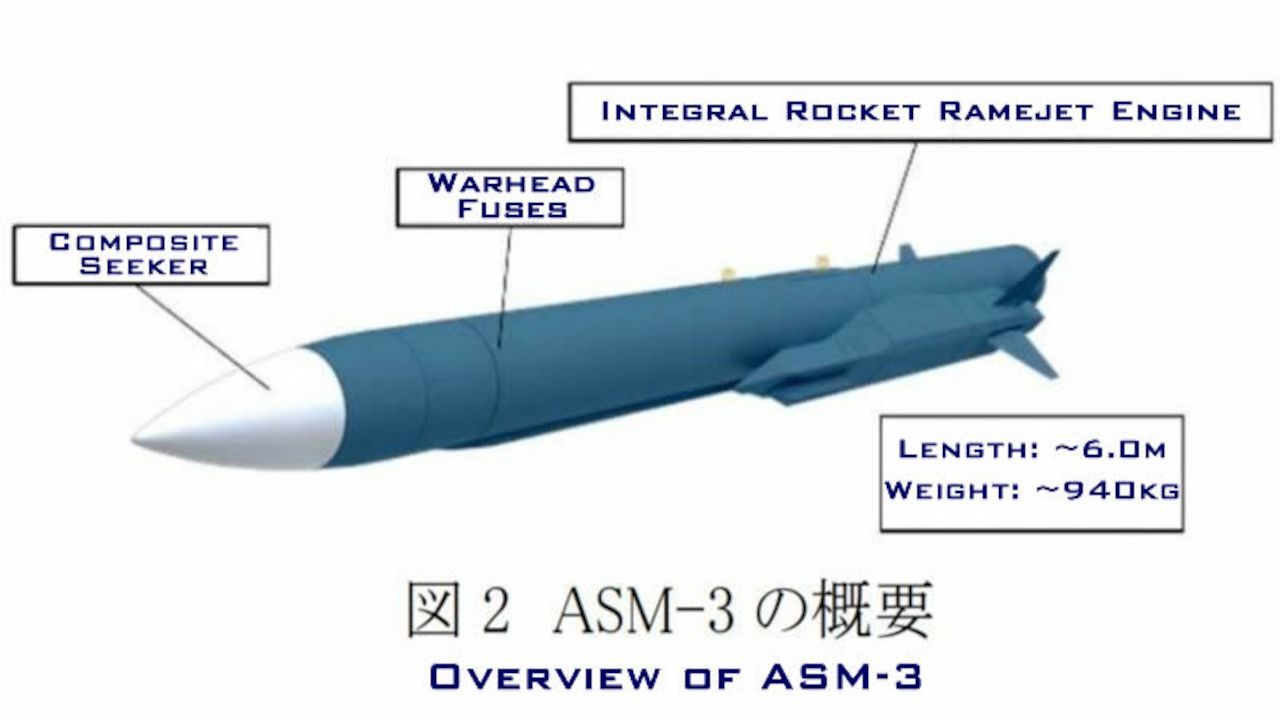 The MoD said on 25 December 2020 that the new missile, which is called ASM-3A, features some of the technologies used in the under-development ASM-3 (Kai) – an upgraded version of the ASM-3 – but did not reveal its range.

The ASM-3, which has an estimated top speed of Mach 3 and a maximum range of 200 km, was jointly developed by Mitsubishi Heavy Industries (MHI) and the MoD as a successor to Japan’s Type 93 series of missiles.

However, the ASM-3 has not entered service and Janes understands that the missile will now give way to the more modern ASM-3A and ASM-3 (Kai) variants, both of which are expected to be deployed with the Japan Air Self-Defense Force’s (JASDF’s) F-2 multirole fighters and the service’s future F-X fighter aircraft.

The MoD said it has secured funds from the budget for fiscal year 2021 (FY 2021) to procure an unspecified number of ASM-3As.

Tokyo plans to use the ASM-3A – and to continue developing the ASM-3 (Kai) – to bolster the defence capabilities of the country’s remote southwestern islands in response to China’s growing military capabilities and increased assertiveness in the region.