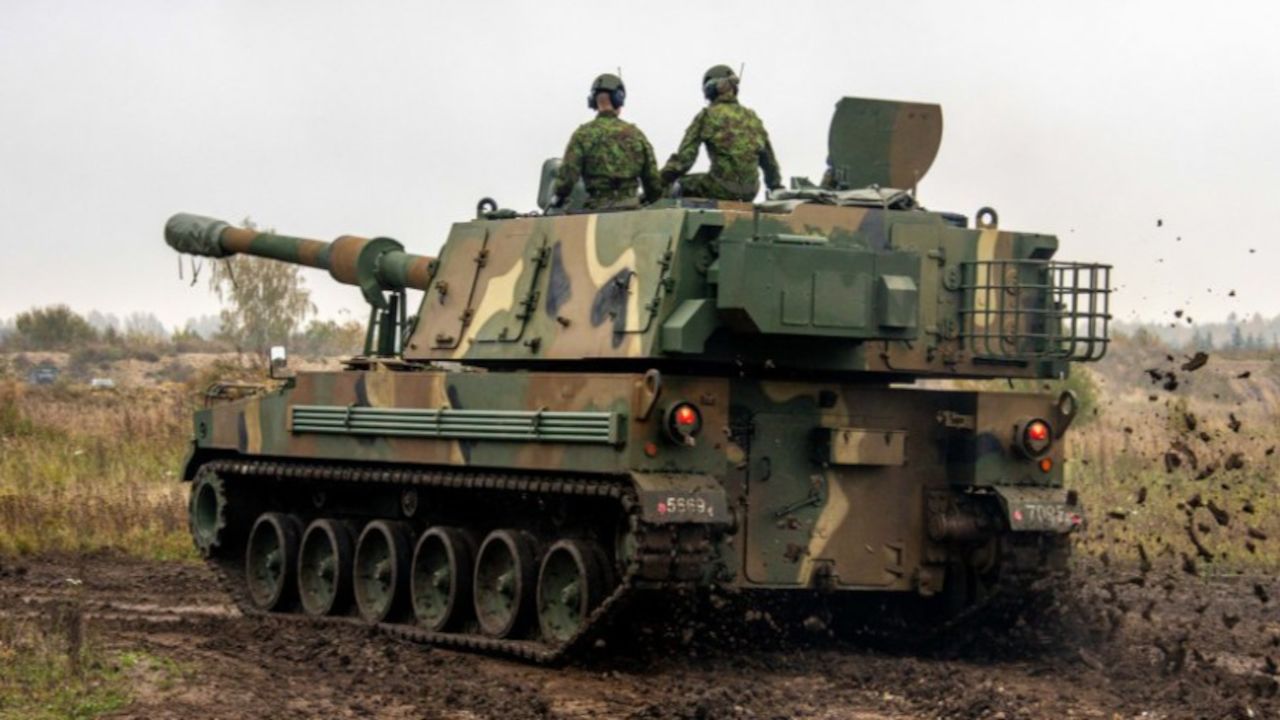 On Oct. 9, the Estonian Defense Forces presented the K9 Thunder self-propelled howitzers purchased from South Korea in Tapa, Lääne-Viru County, ERR News reports. Over a three-year period, a total of 18 K9s will be delivered to Estonia at a cost of €83 million.

In August 2020, the first two K9 Thunder self-propelled howitzers arrived in Estonia from their manufacturing plant in South Korea. This new artillery system will now be used by the Artillery Battalion of the 1st Infantry Brigade after modification, the Ministry of Defense (Kaitsevägi) said on Friday, Oct. 9 : the howitzers will be painted in the camouflage colors of the Estonian defense forces, equipped with the standard communications equipment and other auxiliary equipment used in the Estonian defense forces. Afterwards the howitzers will become part of the weaponry of the Artillery Battalion of the 1st Infantry Brigade, which will be transformed into a self-propelled artillery battalion. The life cycle of theK9 is planned to be 45 years.

The K9 Thunder was designed and developed by the South Korean Agency for Defense Development and Samsung Aerospace Industries for the Republic of Korea Armed Forces, and is now manufactured by Hanwha Defense. K9 is of an all-welded steel armour construction which is rated to withstand 14.5 mm armour piercing rounds, 152 mm shell fragments, and anti-personnel mines. The main armament consists of a 155 mm/52 caliber ordnance with a maximum firing range of 40 km; the K307 BB-HE projectile propelled by the K676 top charge has a muzzle velocity of 928 m/s (3,040 ft/s). State-of-the-art mobility subsystems include a 1,000 horsepower (750 kW) engine with potential for growth and hydropneumatic suspension unit, a requirement for Korea's rugged mountainous terrain.

In June 2016, the South Korean Defense Acquisition Program Administration (DAPA) revealed they were designing a new fully automatic projectile-and-charge loading system that will be retrofitted to the K9, essentially giving it a robotic turret.