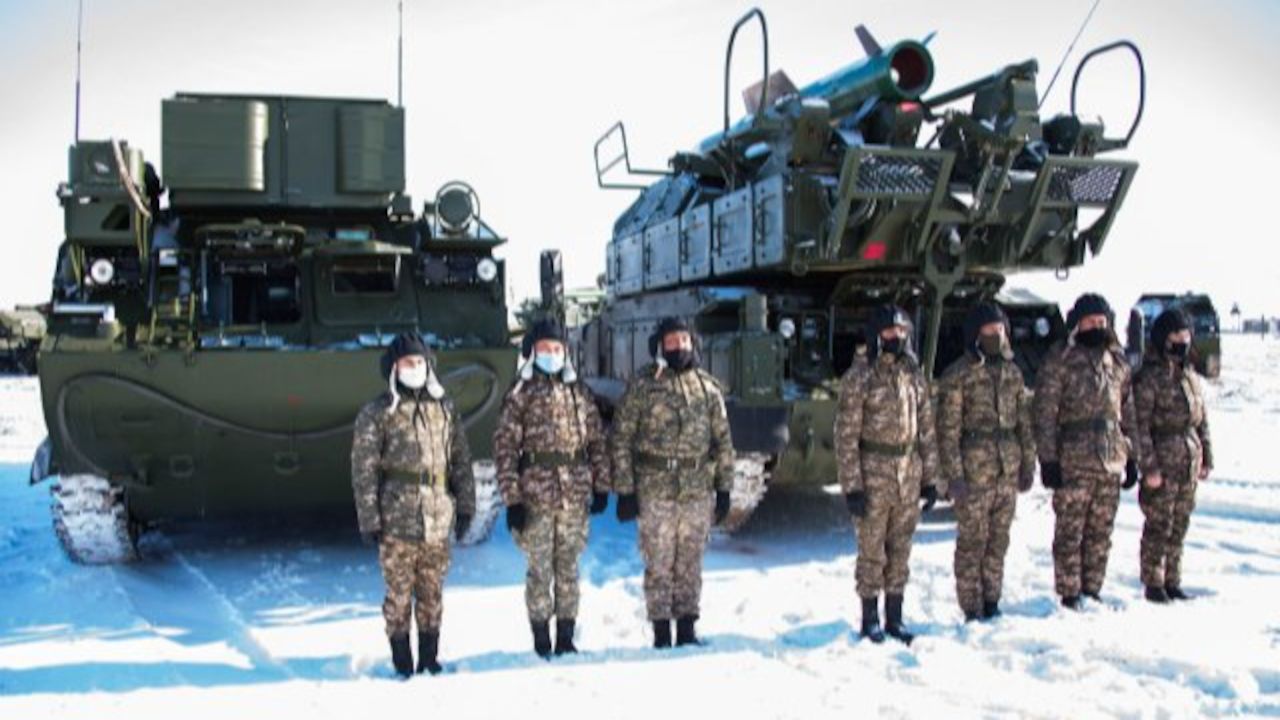 In May 2018, the Russian press agency Tass has announced that Kazakhstan has signed a contract for the purchase of one battalion of Buk-M2E.

The Buk-M2 is a Russian-made mobile medium-range surface-to-air missile (SAM) system designed and manufactured by the company Almaz-Antey. The Buk-M2 can engage a wide variety of targets from aircraft to missiles flying at an altitude of between 10 and 24,000 m at a maximum range of 50 km in all-weather conditions. It can engage simultaneous of up to 24 targets flying from any direction.

The Buk-M2E carries radar and a launcher with four missiles. A total of four ready to fire missiles are carried on a turntable type launcher assembly mounted on the vehicle's rear decking. The phased-array radar is mounted at a raised angle at the head of the turntable assembly. The Snow Drift target acquisition radar has a maximum detection range of 85 km and can detect an aircraft flying at 100 m from 35 km away and even lower flying targets at ranges of around 10–20 km.

The Buk-M2E is based on a tracked armored vehicle chassis GM-569 powered by a diesel engine developing 840 hp. It can run at a maximum speed of 65 km/h on-road and 45 km/h on cross-country, with a maximum range of 500 km.