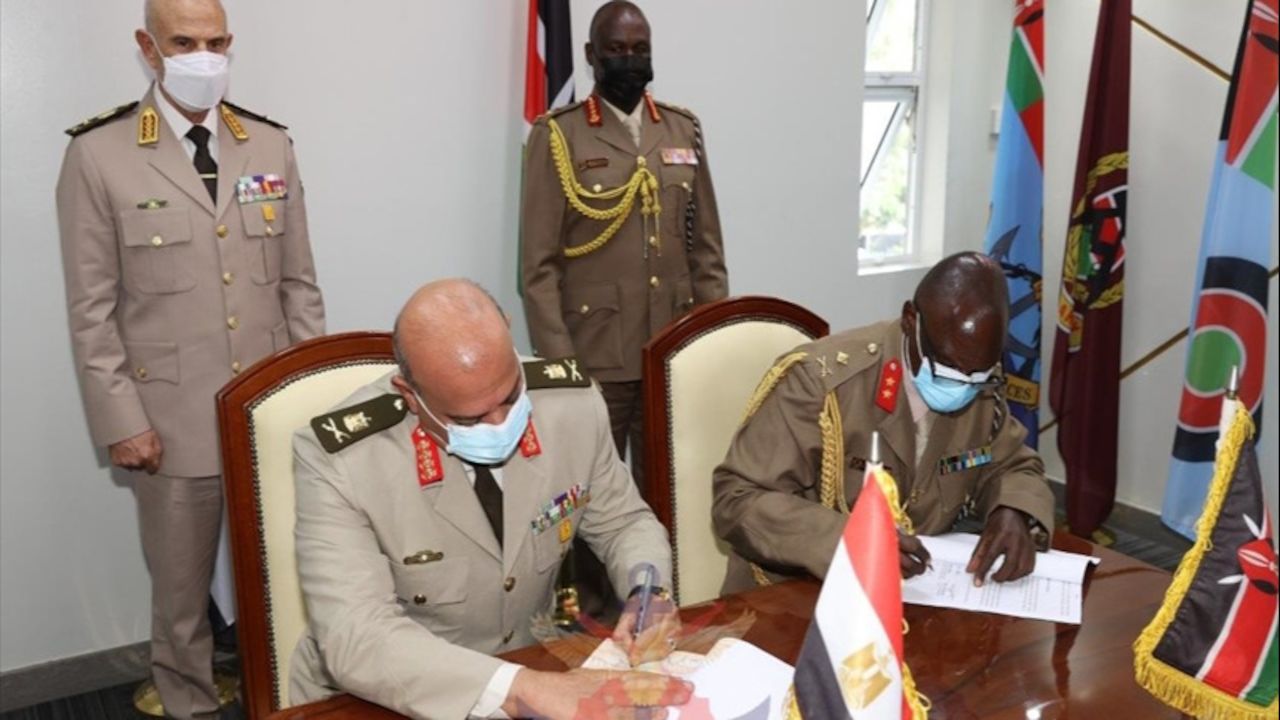 Kenya announced Wednesday that it has signed a technical agreement on defense cooperation with Egypt.

“During the bilateral defense talks, the parties signed a Technical Agreement on Defense Cooperation aimed at deepening partnership in matters of mutual benefit,” said the ministry.

The ministry did not issue further details on what the agreement entails, although similar agreements have been signed in the past with other East African countries located in or around the Nile Basin.

The latest agreement comes amid high tensions along the Nile Basin at a time when Ethiopia plans to kick off the second phase of filling its Grand Ethiopian Renaissance Dam (GERD) located along the Nile.