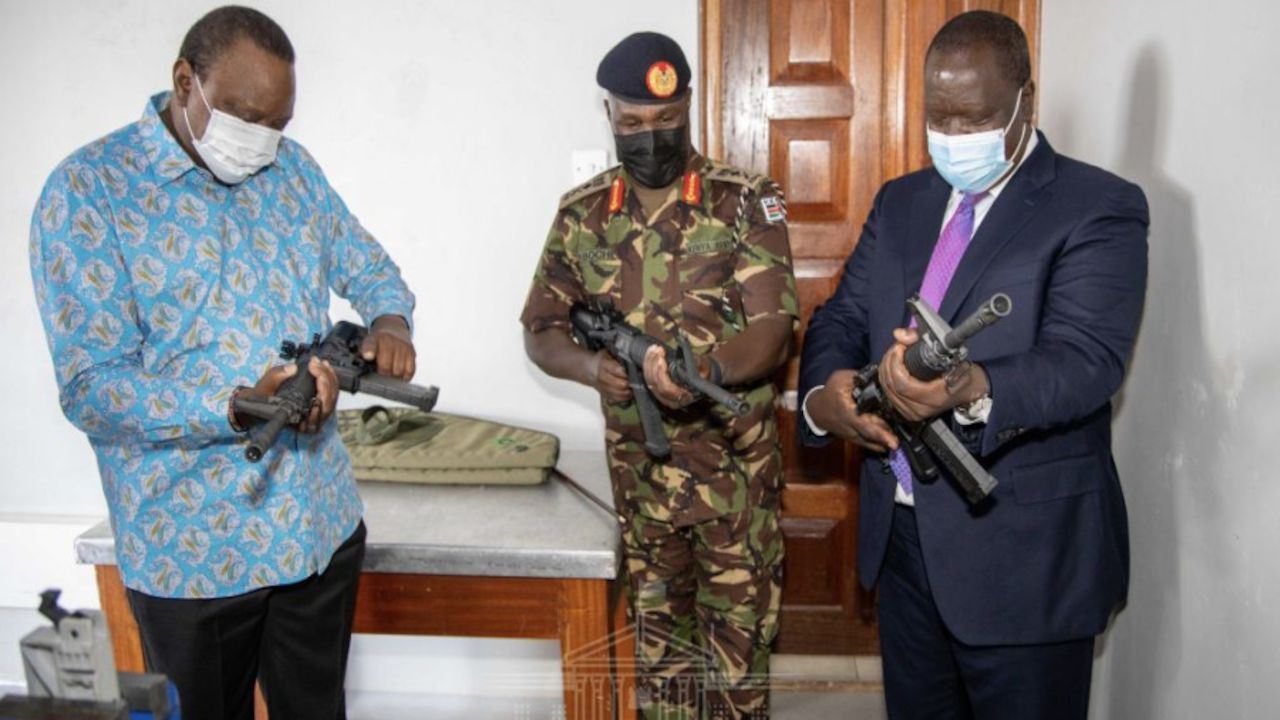 Kenya’s President Uhuru Kenyatta formally inaugurated the new Small Arms Factory at the National Security Industries in Ruiru, north of Nairobi, on 8 April, in what he described as the beginning of the country’s plans to become a significant weapons manufacturer.

In a speech during the opening, Kenyatta said the factory was built for KES4 billion (USD37.5 million) and can produce 12,000 assault rifles a year, with 60% of the components being locally manufactured.

“This ground-breaking initiative will allow us to lay the foundation for addressing the high cost of weapons acquisition, free us from the complex foreign export approval processes currently in place, provide Kenya with greater security sector independence and flexibility, and allow Kenya to design and produce high-quality weapons, customised to our unique needs and operating environments,” he said.

The president was filmed inspecting a factory where upper and lower receivers for 5.56 mm AR-15-type assault rifles were being produced.

He added that a new line would be opened at the Eldoret ammunition plant later this year to support the Small Arms Factory. The Kenya Ordnance Factories Corporation in Eldoret says it already produces 5.56 mm ammunition.

Kenyatta said the plan is to diversify production to produce 9 mm pistols and 7.62 mm rifles to meet the demands of all Kenya’s security organisations within five years before looking at expanding into medium and heavy weapons production.