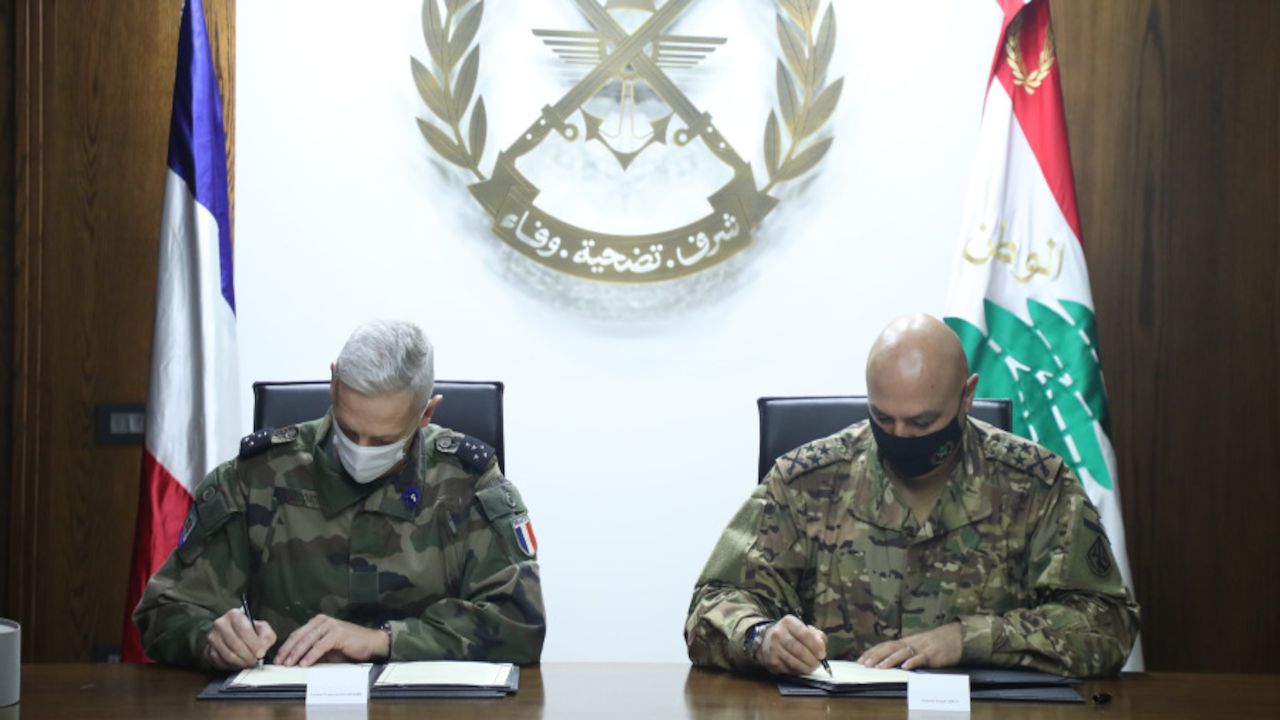 According to a statement made by the Lebanese Army on twitter, Lebanon on Friday signed a Memorandum of Understanding (MoU) with France aimed at developing the capabilities of the Lebanese army,

The MoU was signed between Lebanon’s Armed Forces Commander General Joseph Aoun and Chief of the French Defense Staff General Francois Lecointre, who is on an official visit to Lebanon.

The two officials held a meeting in the army commander’s office, during which they discussed relations between the armies of the two countries and ways to enhance them.