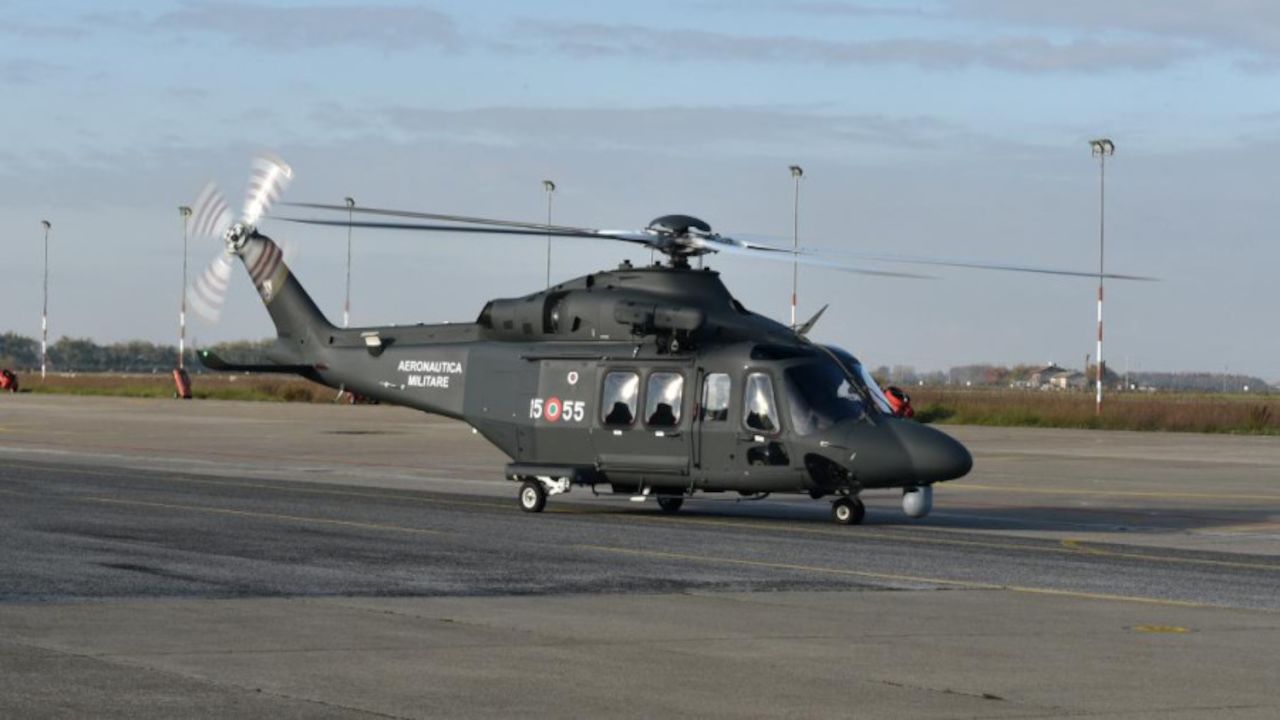 Leonardo has announced today the recent delivery of the first HH-139B twin engine helicopter to the Italian Air Force, a customised variant of the bestselling AW139 platform, from its facility based in Vergiate. The aircraft is the first of 17 HH-139Bs and deliveries are expected to be completed by 2021, in order to further strengthen the multirole capabilities of the Italian Air Force as an essential enabler to support emergency response and security requirements across the nation. The helicopter will be operated by the Italian Air Force’s 15th Wing which is in charge for search and rescue (SAR) duties and supports the national community in case of disaster relief operations.

The HH-139Bs will perform a range of missions including SAR, fire-fighting, Slow Mover Intercept, and join an existing fleet of 13 multirole HH-139As and four VH-139As, the latter are used for Government transport missions. Compared to the HH-139A, the 7-tonne HH-139B variant features, among others, new electro-optics, new radar, a new rescue hoist and a mission console in the cabin. Core avionics will feature Phase 8 software release allowing even more advanced and safer all-weather navigation and mission capabilities.

In order to ensure the greatest level of responsiveness and effectiveness, an extended coverage area will be ensured by distributing the helicopters in several bases. Each aircraft can be quickly reconfigured from SAR to MEDEVAC or fire-fighting. The growth of the Italian Air Force’s HH-139 fleet also benefits from unique logistical, operational and technical, certification and training commonalities and synergies across the growing AW139 fleets of Government and public service operators in Italy. This reinforces the possibility to perform effective and safe joint operations with other users of this modern type and represents a quantum leap in homeland security, disaster relief capability and overall through-life-cycle cost/effectiveness for the future. During the Covid-19 pandemic, AW139s have been extensively used in Italy to deliver unique biocontainment installation transport services in its class.

Many military or law enforcement operators from countries around the world have selected or are already operating the AW139 to fulfil their requirements. With orders placed by over 280 customers from more than 70 nations, the AW139 is the most successful helicopter programme in the last 15 years with almost 1,100 units in-service logging over 2.9 million flight hours for the widest range of missions. The US Air Force (USAF) will soon introduce the AW139-based Boeing MH-139 to replace the UH-1N fleet.

Leonardo is committed to serving and protecting communities around the world, contributing to their sustainable growth by leading in next generation technologies. Partnering with Governments, private organisations, and industries for the best security and safety capabilities and this is a cornerstone of Leonardo’s Be Tomorrow 2030 Strategic Plan.