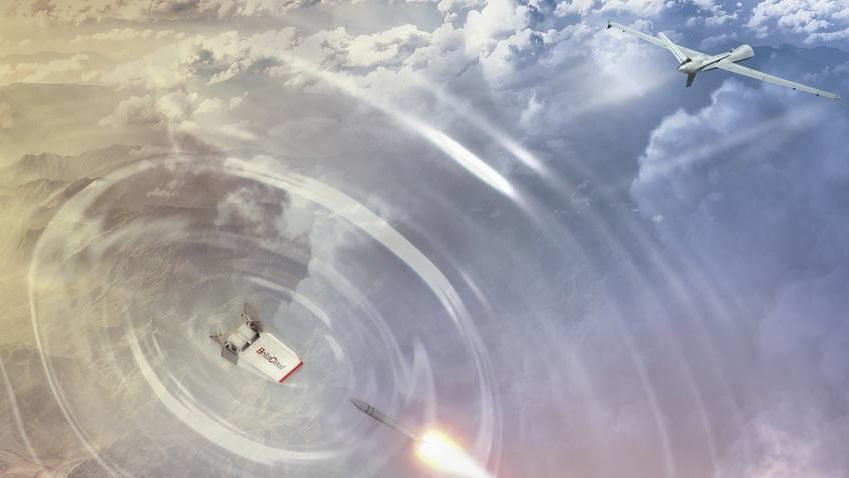 The trials took place at a UK range in partnership with the RAF’s Rapid Capabilities Office (RCO), the Air and Space Warfare Centre (ASWC), and the Defence Science and Technology Laboratory (Dstl).

For the trials both of Leonardo’s BriteCloud countermeasure variants (55 and 218) were programmed with new threat-defeating waveforms, enhancing the range of techniques that BriteCloud can employ against threat radars. The development of the waveforms is part of the ongoing work to future-proof BriteCloud, ensuring that the active RF decoy will be able to defeat the latest advances in radar guided threat technology as they come online in future operational theatres.

The Italian Air Force fired BriteCloud 55 rounds from Tornado aircraft and the Royal Danish Air Force dispensed BriteCloud 218 rounds from an F-16 fighter. The new techniques proved highly effective at the trials range and the positive results will be presented to other NATO nations in an operators’ forum.

BriteCloud is a countermeasure for combat, transport and special mission aircraft that provides latest-generation protection from radar-guided surface-to-air and air-to-air missiles. Fired like a flare, it contains a powerful miniature jammer that sends out a convincing ‘electronic ghost’ signal. This signal seduces incoming missiles towards BriteCloud as it falls away from the aircraft, ensuring that the missile detonates far away from its intended target.

BriteCloud is unique in that it packs gold-standard technology known as DRFM (Digital Radio Frequency Memory) into each round. DRFM allows BriteCloud to tailor its ‘electronic ghost’ signal to the specific threat radar, allowing it to fool the radar in the most effective possible way.

Leonardo’s original BriteCloud 55 variant, designed for standard 55mm chaff and flare dispensers, successfully completed extensive trials before its adoption into service by the UK Royal Air Force in 2018 and is capable of defeating all known current threat systems. Meanwhile, the BriteCloud 218 variant, designed for 2x1x8 inch countermeasure dispensers, is making rapid progress towards the final stages of the U.S. Department of Defense’s Foreign Comparative Testing (FCT) programme for the product. The FCT will open the door to potential U.S. procurement.