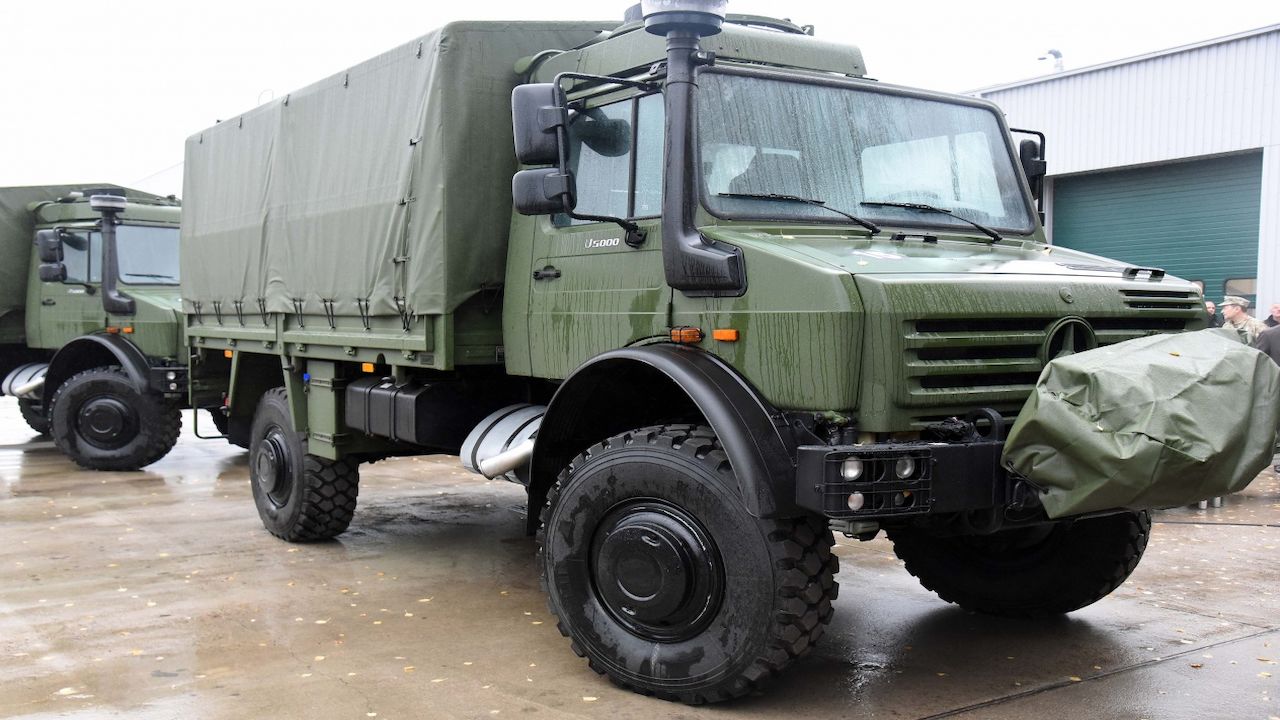 Lithuania’s Ministry of Defense announced that another 42 “U5000 Unimog” five-ton capacity trucks were additionally purchased by the Lithuanian Armed Forces to be used for routine tasks, logistical support, and personnel transportation.

The tactical vehicles have been procured from the German Daimler Trucks AG manufacturer in the ongoing effort to modernize the country’s armed forces and update its military vehicle fleet.

In a written statement, Vice Minister Vilius Semeška said: “We attach great importance to the efforts to equip the Lithuanian Armed Forces with modern weaponry, reliable vehicles and military equipment, therefore our success in it advances our strategic goals, namely, to strengthen Lithuanian Armed Forces capability to ensure reliable deterrence and defense. We also take great care that the national defense funding is used responsibly and efficiently.”

Lithuanian officials shared the following information about the delivery of Mercedes trucks:

“The truck delivery has been made under the successful contract signed back in 2015 with the NATO Support and Procurement Agency (NSPA).

The NSPA collects the requirement from across NATO and carries out large-scale acquisitions, as a result, the price per unit is considerably lowered.

Implementation of the contract has already resulted in the delivery of 340 Unimog U5000 trucks, the 42 trucks received this week are an extension of that contract with Daimler Trucks AG.

The contract also covers maintenance during the first 15 years of exploitation, as well as special tools, testing equipment, and other guarantees.

The value of the contract is approximately €80 million.”