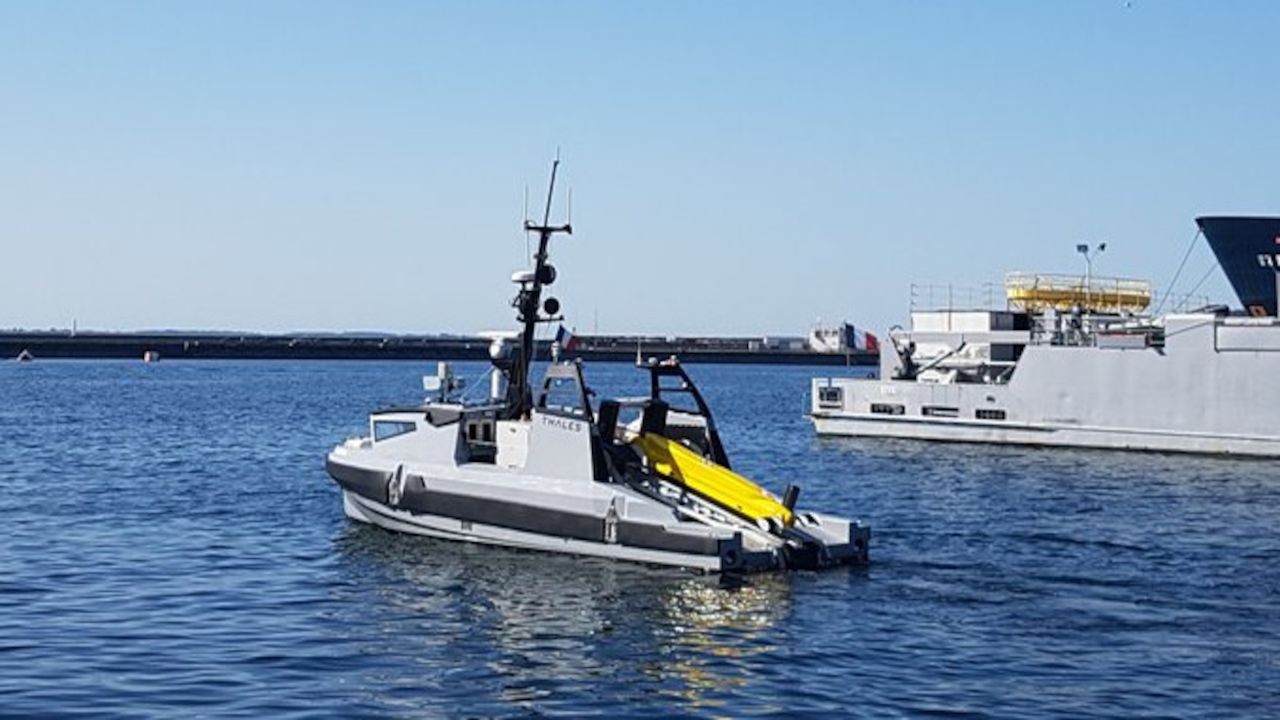 Minister of the French Armed Forces, on October 27, 2020 approved the launch of the Système de Lutte Anti-Mines – Futur (SLAM-F), or future mine warfare weapons program.

This new system will allow sailors to operate remotely from the danger zone through the use of underwater and surface drones.

Placed under the contracting authority of the General Directorate of Armament (DGA), the program is intended to renew French naval mine warfare capabilities.

In particular, it will contribute to ensuring the freedom of navigation of the nuclear submarine deterrent force by securing the operations of the French Navy’s strategic ships, including its ballistic missile-launching nuclear submarines and aircraft carriers.)

It will thus make it possible to protect access to French ports and, depending on the circumstances, to support the deployment of a naval action force, to secure the evacuation of nationals, to participate in crisis prevention or to intervene in contested environments.

Drone systems that can be remotely piloted from the ground or from a dedicated vessel. These are the heart of SLAM-F and are the subject of Franco-British cooperative effort called Maritime Mines Counter Measures (MMCM), within the framework of the Joint Organization for Cooperation in Armaments (OCCAr);

The program, as defined by the 2019-2025 military programming law, provides for eight anti-mine drone systems (four of which are to be delivered by 2024), four to six mine warfare vessels and five new support vessels for mine clearance divers, to be delivered around 2030.

The design study and the production of the prototypes of the drone system have been awarded to Thales, with the company Études et Constructions Aéronautiques (ECA) as main French subcontractor.

The industrial organization of SLAM-F will be gradually defined during the award of the contracts relating to the various components of the program.