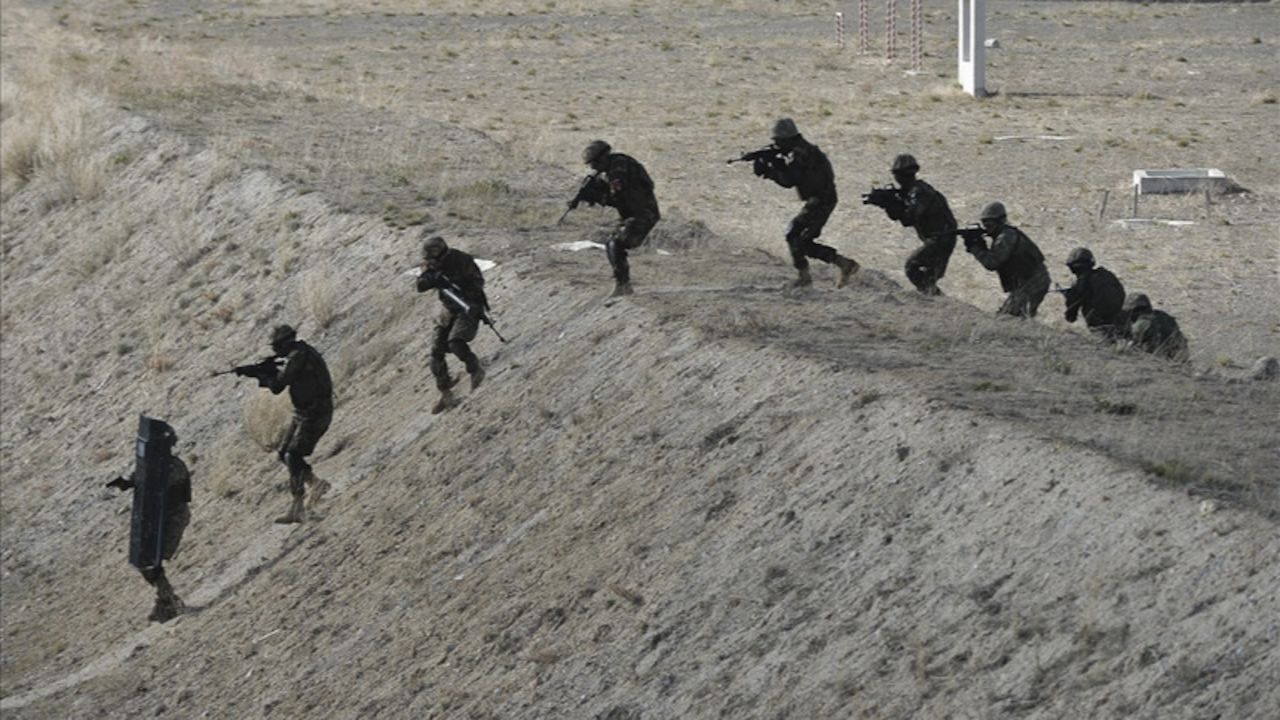 Hosted by Pakistan, a week-long multination naval exercise is set to begin in the Arabian Sea from Thursday, a move that could set the tone for its enhanced bilateral relations with many countries, experts said.

Naval forces from 45 countries, including the US, China, Russia and Turkey are participating in Aman-2021 from Feb.11-16.

Russia will join the military drill with NATO members for the first time in a decade, a development considered significant. The last time Russian and NATO naval forces took part in a joint exercise was at the Bold Monarch 2011 off the coast of Spain.

Organized under the slogan, 'Together for Peace,' Pakistan Navy says the exercise is aimed at “fostering international cooperation to fight piracy, terrorism, and other crimes,” which pose a threat to maritime security and stability.

“In the given circumstances, bringing together 45 countries, including rivals, is noteworthy,“ Lt. Gen. (retd.) Talat Masood, an Islamabad-based security analyst, told Anadolu Agency, referring to Washington’s escalating diplomatic tensions with Moscow and Beijing.

The biannual exercise also gives Russia and NATO members an opportunity to engage militarily, he added.

“The exercise will also serve as a diplomatic push for Islamabad,” said Masood, who served in the Pakistan Army from 1951 to 1990. “Pakistan has shown that it has expanded its diplomatic clout to the point where it can bring together the countries that otherwise are hostile to each other.”

Munawar Hussain Panhwar, an assistant professor at the Quaid-I-Azam International University in Islamabad, said the rare military contact between Russia and the US is in accordance with US President Joe Biden’s policy of “engagement."

The drill, he added, would also give a push to Islamabad’s efforts to boost defense and military ties with Russia – a longtime Indian ally.

“This could allow Islamabad to further underpin defense and military ties with its traditional allies, as well as look for new regional and international partners, at least in the defense sector,” he told Anadolu Agency.

Referring to the participation of several South and East Asian nations, including Bangladesh, Masood said "it will send a message to India that Pakistan is not an isolated country, but a willing partner with other nations."

Already frosty relations between the two nuclear neighbors have further plummeted in recent years, particularly after New Delhi’s scrapping of the semi-autonomous status of the Indian-administered Jammu and Kashmir region in August 2019.

Islamabad also accuses New Delhi of supporting militants based in Afghanistan and sabotaging infrastructure projects such as the China-Pakistan Economic Corridor. However, the claims are rejected by India.

Pahnwar, who teaches international relations, said the event is an opportunity for Islamabad to further consolidate its geographical importance. Pakistan is bounded by Iran, Afghanistan, China and India.

Ishtiaq Ahmad, a security analyst and vice chancellor of Sargodha University in Punjab, Pakistan, said that by bringing together powers with competing interests in the Indian Ocean, "Pakistan has contributed to regional peace and stability."