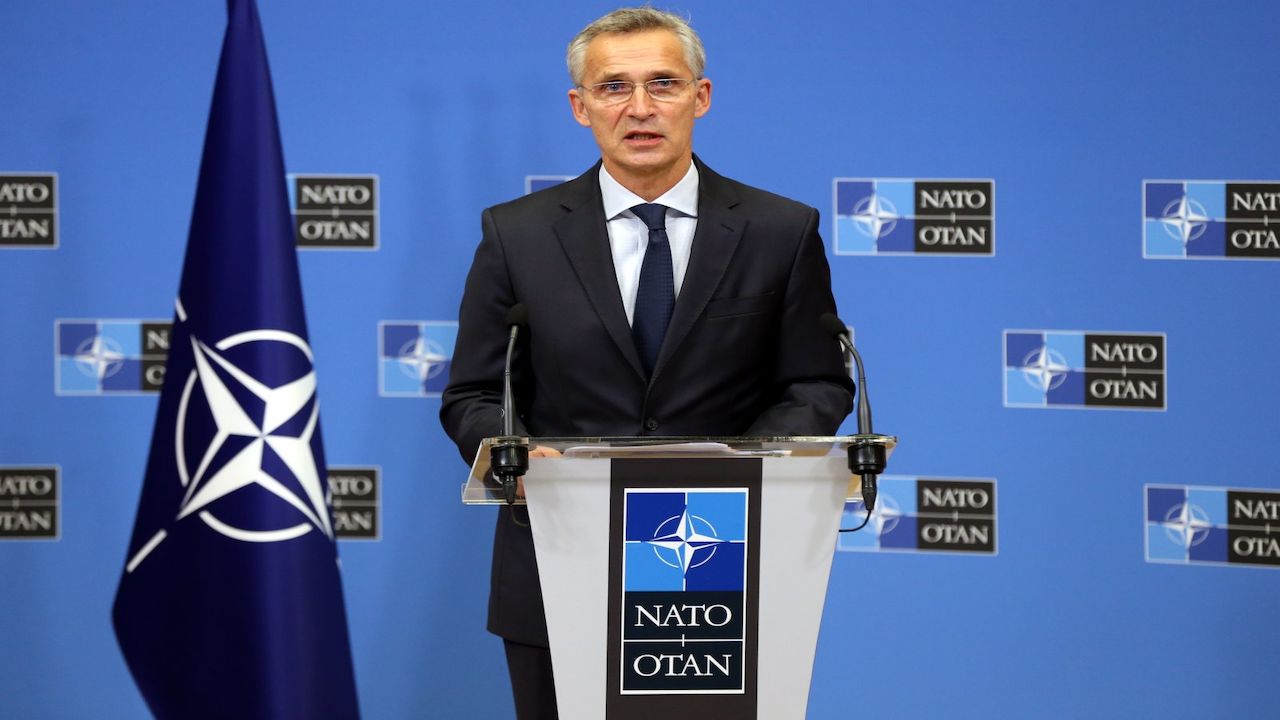 NATO allies are concerned about Russia's military build-up along the border with Ukraine, and Secretary General Jens Stoltenberg said Russia will face serious consequences if it once again invades the country.

Stoltenberg spoke to the Reuters NEXT Global Conference at the conclusion of the NATO Foreign Ministers meeting in Riga, Latvia, Wednesday.

NATO nations have seen a significant Russian buildup and unusual concentration of forces in and around Ukraine. Stoltenberg also highlighted the increasingly bellicose rhetoric emanating from the Kremlin about Ukraine. "What we do know, is that not only has Russia increased its military presence closer to Ukraine's borders, but … they've used military force against Ukraine before," Stoltenberg said. "They did that in 2014, when they invaded and illegally annexed Crimea, which is part of Ukraine, and they continue to support the armed separatists in Donbass in eastern Ukraine."

The secretary general said NATO — the most successful defensive alliance in history — has called on Russia to de-escalate the situation. "We can hope for the best and call on Russia to not once again use military force against a sovereign, independent Ukraine, but we need to be prepared for the worst," he said.

Stoltenberg scoffed at Russian President Vladimir Putin's assertion that Russia is only responding to Ukraine's warlike action. "The whole idea that Ukraine represents a threat to Russia is absolutely wrong," the secretary general said. "Ukraine has been attacked by Russia. Russia is occupying parts of Ukraine. Crimea is part of the internationally recognized borders of Ukraine."

In 2014, Russia invaded, occupied and illegally annexed Crimea. Russia also provides military support to militant separatists in eastern Ukraine. "On top of that, we know that Russia is responsible for aggressive hybrid attacks [and] cyber attacks against Ukraine," Stoltenberg said. "So, the whole idea that Ukraine is a threat to Russia is turning the world upside down. It is Russia that over many years now has been responsible for many types of aggressive actions against Ukraine."

Individual NATO nations — including the United States — have provided aid to Ukraine in its struggle. NATO, as an alliance, has provided training to Ukrainian service members and advised Ukrainian officials on ways to improve their capabilities.

Stoltenberg called the Russian build-up "unexplained and unjustified," and the NATO nations want the Russians to stop the provocations. "If they do the opposite, and actually decide to once again use force against Ukraine, then we have made it clear … during the NATO Foreign Minister meeting in Latvia today that Russia will then have to pay a high price; there will be serious consequences for Russia," he said. "And that's a clear message from NATO."