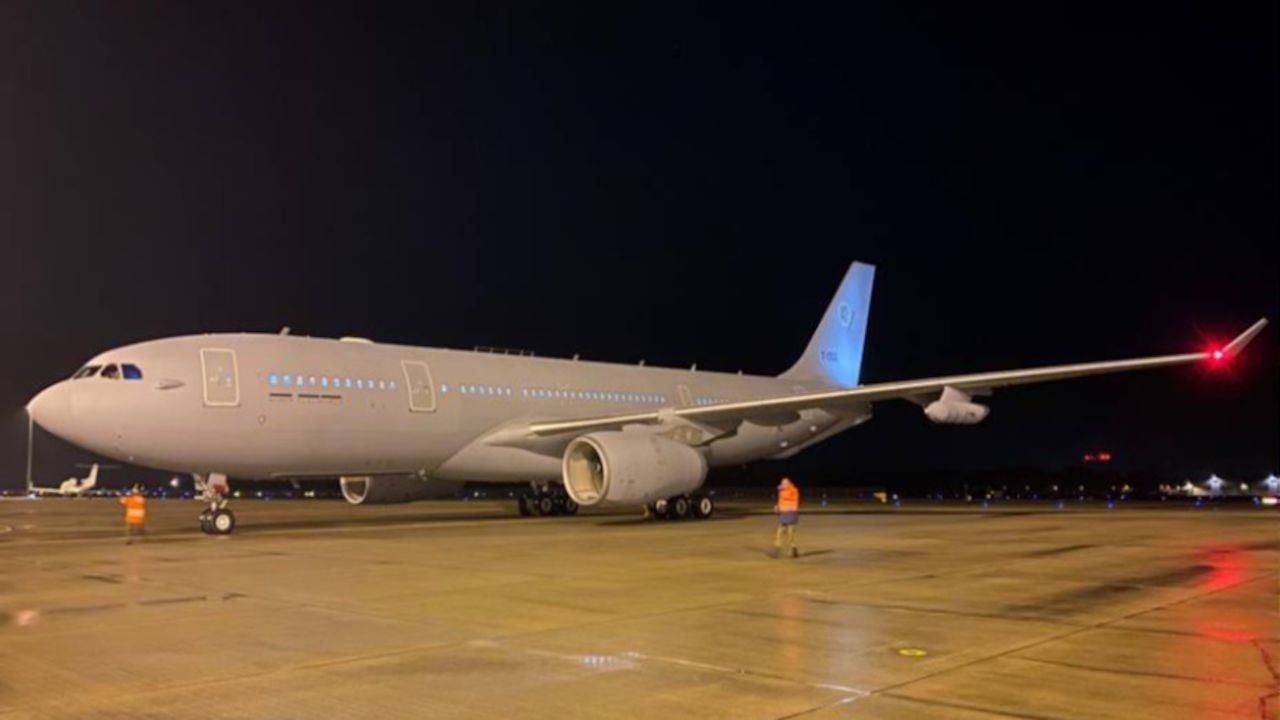 The third Airbus A330 MRTT for the Multinational Multirole Tanker Transport Unit arrived at Eindhoven Air Base in the Netherlands on Thursday 19 November 2020 at around 7 p.m. The plane had taken off two hours earlier from Airbus’ plant in Getafe, Spain.

This Airbus A330 MRTT will be the only one in the fleet to be converted into a medical evacuation configuration. After this change of configuration, the aircraft will be the first of the 4 aircraft to be parked at Cologne military airport in Germany.

The newest NSPA multinational programme, the Multinational Multi-Role Tanker and Transport Fleet (MMF), stands out as a unique example of successful cooperation among NATO and EU Agencies and nations, enabling participating nations to be flexible and to rapidly respond to emergencies in multiple capability domains.

The MMF, managed by the NATO Support and Procurement Agency (NSPA) with the strong support of the Organisation for Joint Armament Cooperation (OCCAR), under the ownership of NATO and operated by an international unit, will provide its six participating nations (Belgium, Czech Republic, Germany, Luxembourg, Norway and the Netherlands) with strategic tanker and transport capabilities.

Based on the participating nations requirements, eight Airbus A330 MRTT aircraft were procured by OCCAR, on behalf of NSPA. These state of the art aircraft are configured for a variety of missions, from air-to-air refueling (both boom and hose and drogue), to troop transport, VIP transport, cargo/freight transport and they can also be re-configured for aeromedical evacuation.

The 111 tonnes basic fuel capacity enables the aircraft to excel in air-to-air refueling missions without the need for any additional fuel tanks. Moreover it can provide, a maximum fuel flow rate of approximately 2,200 litres a minute, using a boom and a hose and drogue mechanism, can quickly fuel all of the aircraft in inventory with the MMF nations (F-16, F-35, C-17, Eurofighters, Tornado and Gripen ) and most of the other aircraft used within NATO.