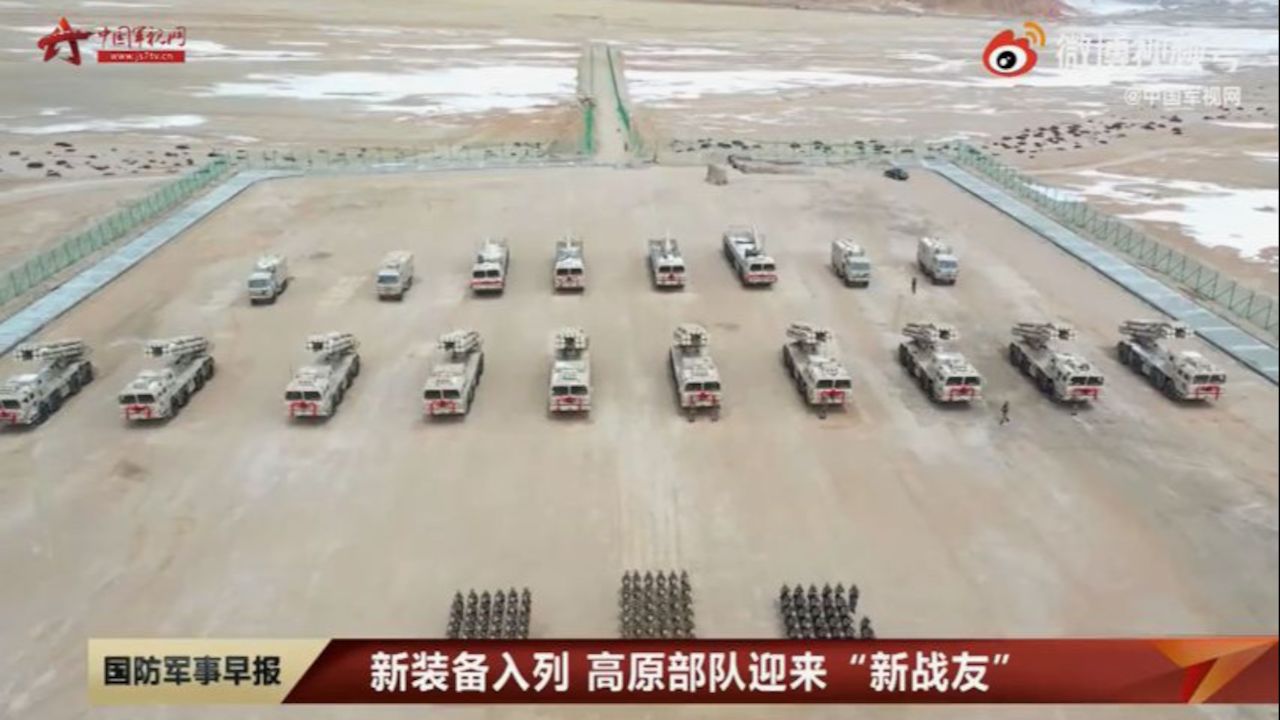 The unidentified unit, currently deployed in a snow-covered region at an elevation of more than 5,200 meters, recently received delivery of a batch of new self-propelled heavy rocket launchers, which are highly mobile, fast-reacting, highly accurate, very deadly and jamming-resistant, China Central Television (CCTV) reported on Saturday.

They will be deployed for missions like fast deployment, seizing and control of key regions, and group assault in many types of terrains, including high-altitude terrains and deserts as well as close to rivers and lakes, under all weather conditions, the report said.

According to the footage shared with the report, the newly commissioned weapons system is the PHL-03 long-range multiple rocket launcher. At least 10 units were delivered at a commissioning ceremony, along with other eight vehicles believed to accompany the rocket launchers for command, support and communications purposes, observers said.

With the delivery of the new weapons, the unit switched from fully manual operated towed artillery pieces to digital, self-propelled rocket launchers, which made the unit transform its role from tactical into campaign-level for long-range precision attack, Captain You Zichen, Company Commander at the unit, told CCTV at the commissioning ceremony, adding that "this is a challenge, but also a step forward."

Long-range multiple rocket launcher systems are particularly advantageous in the high-altitude plateau regions as they can cover a whole large area with concentrated fire power from a safe distance, Wei Dongxu, a Beijing-based military expert, told the Global Times on Sunday.

China's rockets are characterized not only by their very long range but also by their high accuracy thanks to their guidance systems. Some are even equipped satellite positioning systems, Wei said, adding that some rounds from this kind of weapon can wipe out an entire hostile position in the blink of an eye.

The commissioning of the new artillery system comes with the arrival of spring to Southwest China's high-altitude border regions, as the harsh cold season withers away.

Observers noted that previous border conflicts often started in this time of the year. Last year in early May, India started to purposefully cross the Line of Actual Control in Galwan Valley and attempted to unilaterally change the status quo, which eventually led to a months-long border standoff, including a fatal confrontation.

The commissioning of the new weapons system shows that China is prepared to safeguard its territorial integrity at all times, observers said.