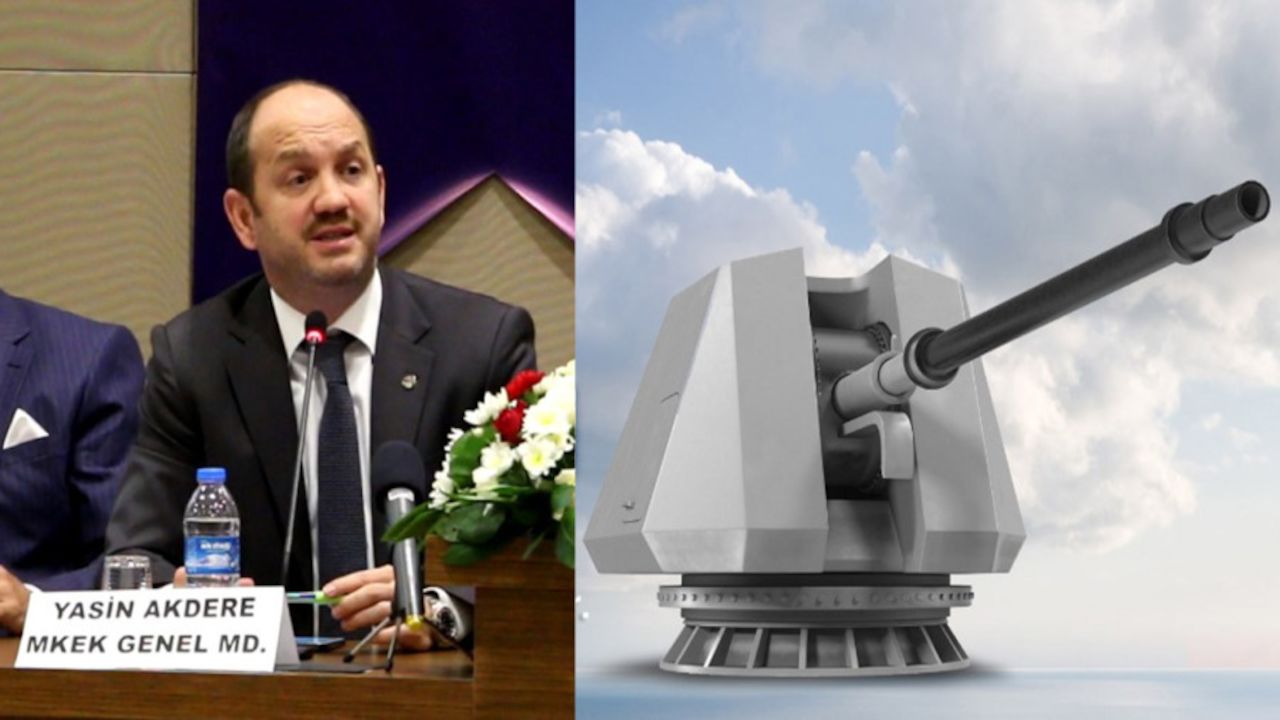 Speaking at the Çorum Defense Industry Meeting held in the Turkish province of Çorum, Yasin Akdere, the General Manager of the Mechanical and Chemical Industry Corporation (MKEK), said that test firings will soon be carried out in line with the 76mm Naval Gun Project being carried out by the Corporation.

Giving information about the latest developments in the project, Akdere stated the following:

"We are making a 76mm Naval Gun!. A country that manufactures this system, without mentioning its name, sells it for 8.2 million euros. They say that you have to pay in advance and you will receive it after 24 months. But when the delivery day comes, they say that we cannot deliver the naval gun because the European Union has placed an embargo.

"We discussed how we can complete an R&D that would normally take up to 72 months in a short period of time. We were able to complete the R&D work in 12 months and we are currently in the assembly phase. We will be carrying out the test firings next month and we will be able to produce the Naval Gun ourselves, by that mainly covering the needs of the Turkish Navy."

"When we began this project, they said there is no well they could do it. When the project started to grow and mature in its 4th and 5th month, the foreign company that produces the system increased its lobbying activities in Turkey and begin offering its system not just for 8.2 but 5.2 million euros. They even offered providing the training ammo alongside the system."

"The phone rang, I looked, and it was the minister calling. Yasin he said, how much is this system going to cost? I said, "Mr. Minister, it is going to cost 4.7 million dollars."