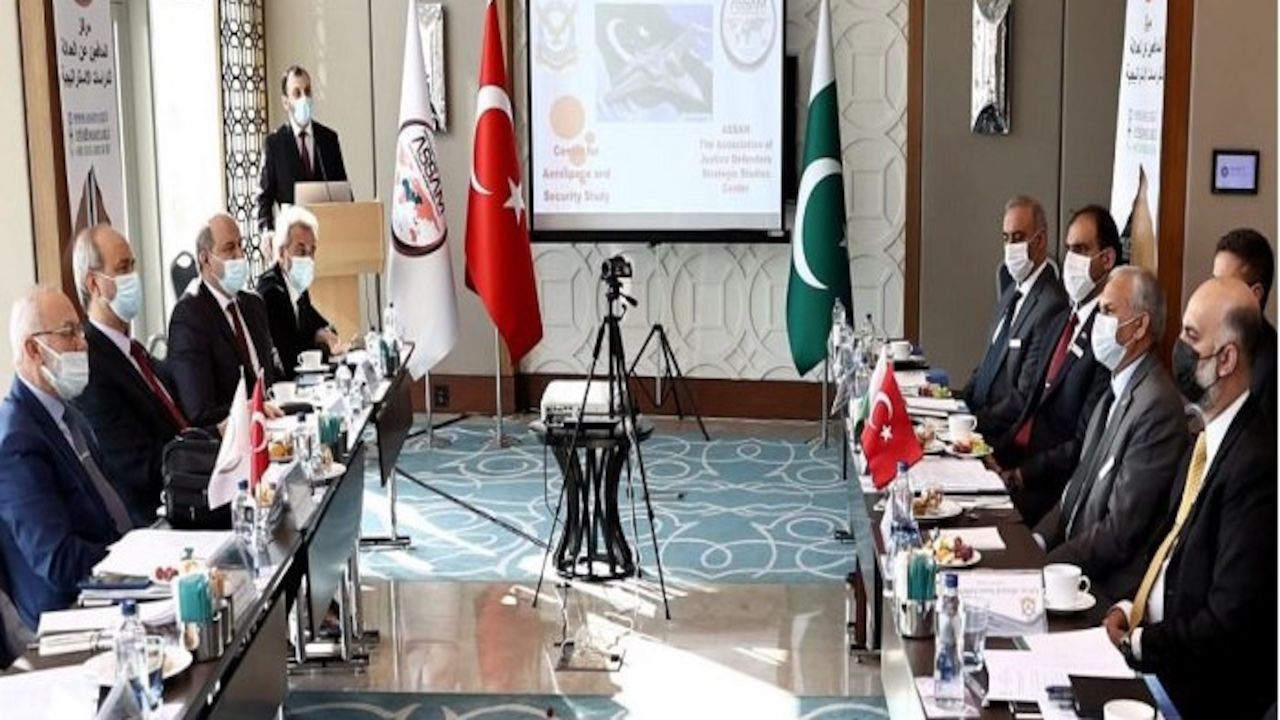 The head of Pakistan Air Force (PAF) Chief Marshal Mujahid Anwar Khan on Friday said that "Pakistan and Turkey are two countries, one nation" as they "not only share common culture and faith but also have similar interests and challenges.”

The Air Chief was addressing a meeting comprising board members of the Association of Justice Defenders and Strategic Studies Center (ASSAM) in Turkey.

The Air Chief said that Pakistan fully supports Turkey on Cyprus and other regional issues and also stands by Ankara in its war against terrorism.

The Air Chief also lauded Turkey’s support to Azerbaijan during the latter’s conflict with Armenia to liberate territories occupied for nearly 30 years.

Referring to the regional situation in South Asia, the Air Chief said that India had been persistently rejecting Pakistan’s repeated and visible peace gestures and continued to sponsor its proxies in Afghanistan to destabilise Pakistan through terrorist activities.

Chief Marshal Mujahid Anwar Khan further added that the ever-deteriorating situation in Kashmir and the plight of its people served as a big question mark for the global community, adding that it has been "unfortunate to see economic interests taking precedence over moral and ethical values."

During his speech, he thanked the Turkish President Recep Tayyip Erdogan, the foreign minister, and the parliament speaker for their supportive statements on the issue of Kashmir at various international forums.

Expressing his views on the defence cooperation between Pakistan and Turkey, the Air Chief underscored the ever-increasing relationship between the two defence industries and termed the bilateral cooperation as “exemplary”.

He pointed out that the military cooperation must be "built on economic cooperation," adding that joint projects, exercises, production, training, and technology sharing are leading areas of cooperation between the two countries. Moreover, the Air Chief stressed that in order to cope with contemporary challenges and common interests, both the countries needed to "further strengthen their defence cooperation."

ASSAM is a think tank founded in Turkey to work for unity and welfare of Muslim countries. Meeting with ASSAM members was the concluding event of the Air Chief’s four-day official visit to Turkey.