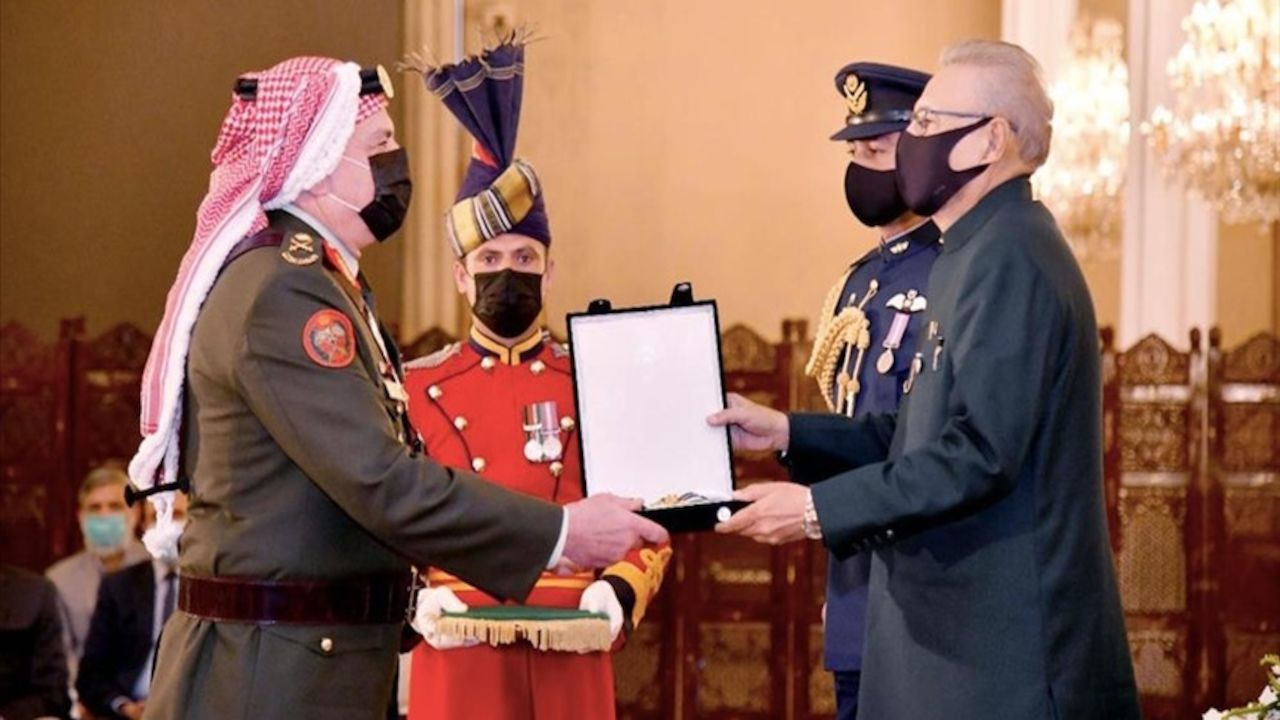 Pakistan on Thursday awarded its second-highest civilian medal to Jordan's military chief, who is in Islamabad on an official visit, a presidential statement said.

President Arif Alvi conferred Hilal-e-Imtiaz (Military), or Crescent of Excellence, on Gen. Yousef Ahmed Al Hnaity, chairman of the Joint Chiefs of Staff of the Jordanian Armed Forces, at a special ceremony in the Pakistani capital.

The award was given "in recognition of his illustrious services for promoting defense cooperation between the armed forces of the two countries."

Later during a meeting, the president said Pakistan and Jordan enjoy excellent relations based on common faith, cultural affinities, and shared perceptions of regional and international issues.

He emphasized the need to further strengthen bilateral economic and defense cooperation.