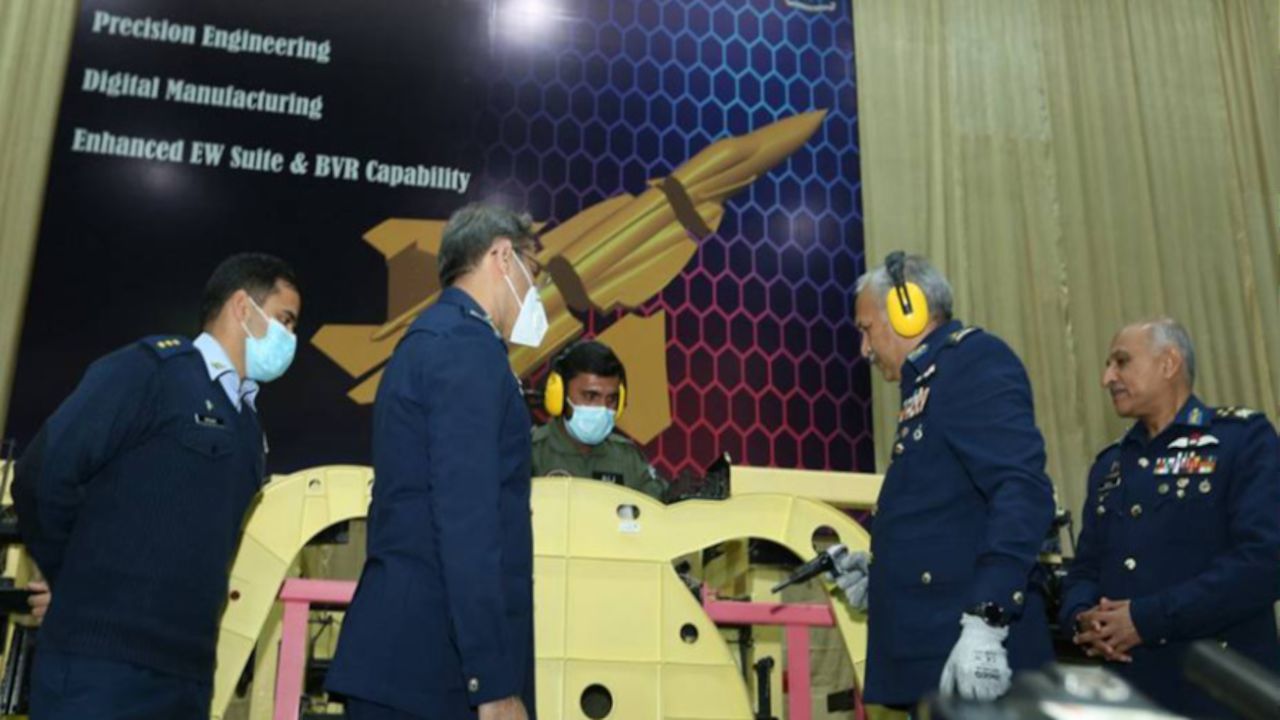 "Block-III is the most advanced JF-17 variant and represents the cutting edge of aerospace technology and will enable PAF to maintain credible deterrence under the evolving geopolitical environment.", said, Marshal Mujahid Anwar Khan, Chief of the Pakistani Air Staff.

The JF-17 is a lightweight, single-engine, multi-role combat aircraft jointly developed by the Pakistan Aeronautical Complex (PAC) and the Chengdu Aircraft Corporation (CAC) of China.The first prototype was rolled out on 31 May 2003 and transferred to the Chengdu Flight Test Centre and the JF-17 made its maiden flight in late August 2003.

On March 2, 2007, the first consignment of two small-batch-production (SBP) aircraft arrived in a dismantled state in Pakistan. They flew for the first time on 10 March 2007 and took part in a public aerial demonstration during a Pakistan Day parade on March 23, 2007. The first JF-17 produced aircraft was handed over to Pakistan Air Force in November 2009.

The air frame of the JF-17 is of semi-monocoque structure constructed primarily of aluminum alloys. High strength steel and titanium alloys are partially adopted in some critical areas. Block 2 JF-17s incorporate greater use of composite materials in the air frame to reduce weight. The retractable undercarriage has a tricycle arrangement with a single steerable nose-wheel and two main undercarriages. The position and shape of the inlets is designed to give the required airflow to the jet engine during maneuvers involving high angles of attack.

Citing the airforce-technology website, the JF-17 is armed with GSh-23 dual-barrel 23mm cannon or GSh-30 dual-30mm cannon. The aircraft has seven hardpoints, with four located under the wings, one under the fuselage, and two mounted on the wingtips. It can carry up to 3,700kg payload.

The JF-17 Block III is single-seat variant that features new avionics including helmet-mounted display and sight (HMD/S) system, a new single panel multi-functional display (MFD), an active electronically-scanned array (AESA) radar paired with an infrared search and track (IRST) system, and a cockpit with a flight-control stick on the side, an NRIET KLJ-7A AESA radar.