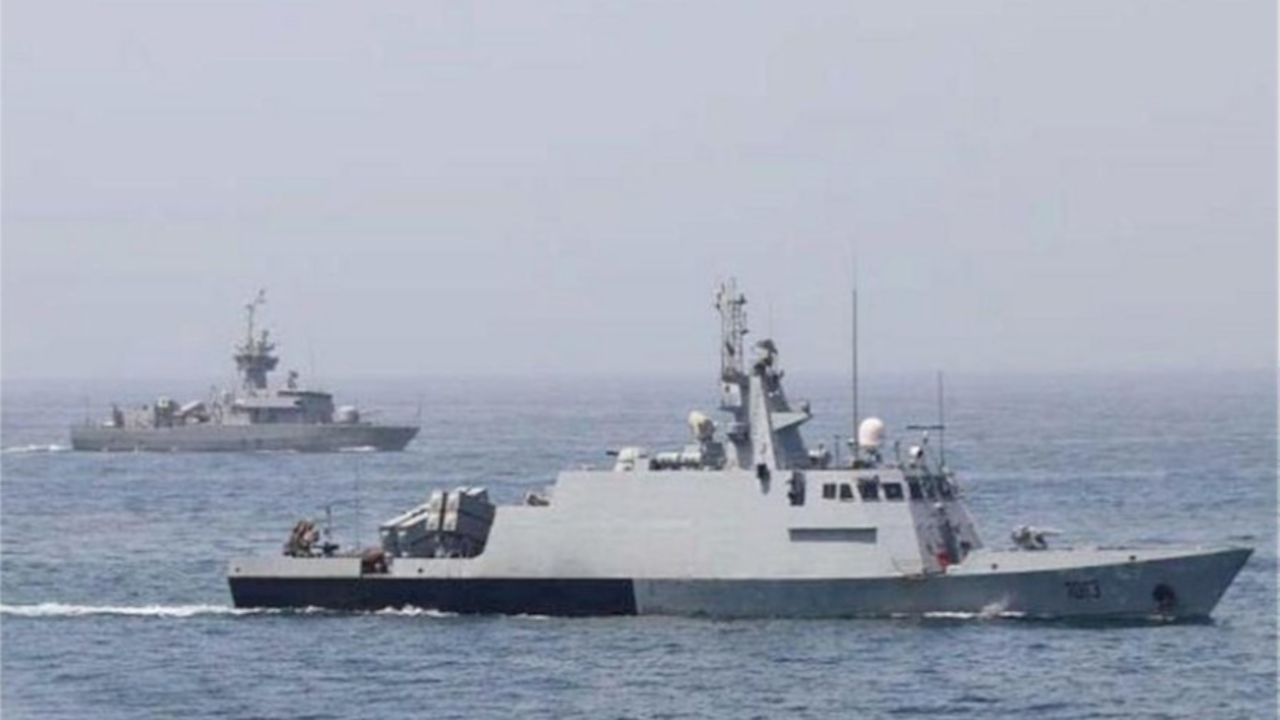 Upon arrival at Doha, PN ships were warmly welcomed by senior officers of QENF and Defence Attache of Pakistan.

During the visit the Mission Commander of PN Flotilla called on various dignitaries of the host country. In addition, the planning and coordination of bilateral exercise was undertaken with Qatar Emiri Naval and Air Force officers.

On completion of port visit, the bilateral exercise Asad Al Bahr-II was undertaken between PN and QENF ships HUWAR, DAMSAH and KAAN participated in the exercise along with aircraft of Qatar Emiri Air Forces (QEAF).

The exercise was aimed to strengthen bilateral ties, enhance naval collaboration and interoperability among the two navies. Participation in exercise Asad Al Bahr-II is a manifestation of PN resolve to work with friendly navies to promote peace and security in the region.

PNS Azmat is the lead ship of the Azmat-class missile boats of the Pakistan Navy based on the Chinese Type 037II Houjian-class.

The ship is equipped with C802A Surface-to-Surface Anti-Ship Missiles which has a range of 180 kilometers. AZMAT FAC(M) uses latest stealthy features to avoide detection from long ranges. force. Admiral Noman Bashir said that AZMAT FAC(M) is equipped with the high tech weapons and sensors to preform extremely versatile missions.

She has a crew of 12 to 14 sailors which is less than half that of similar FAC(M). Each FAC(M) will cost of around $50 million each.