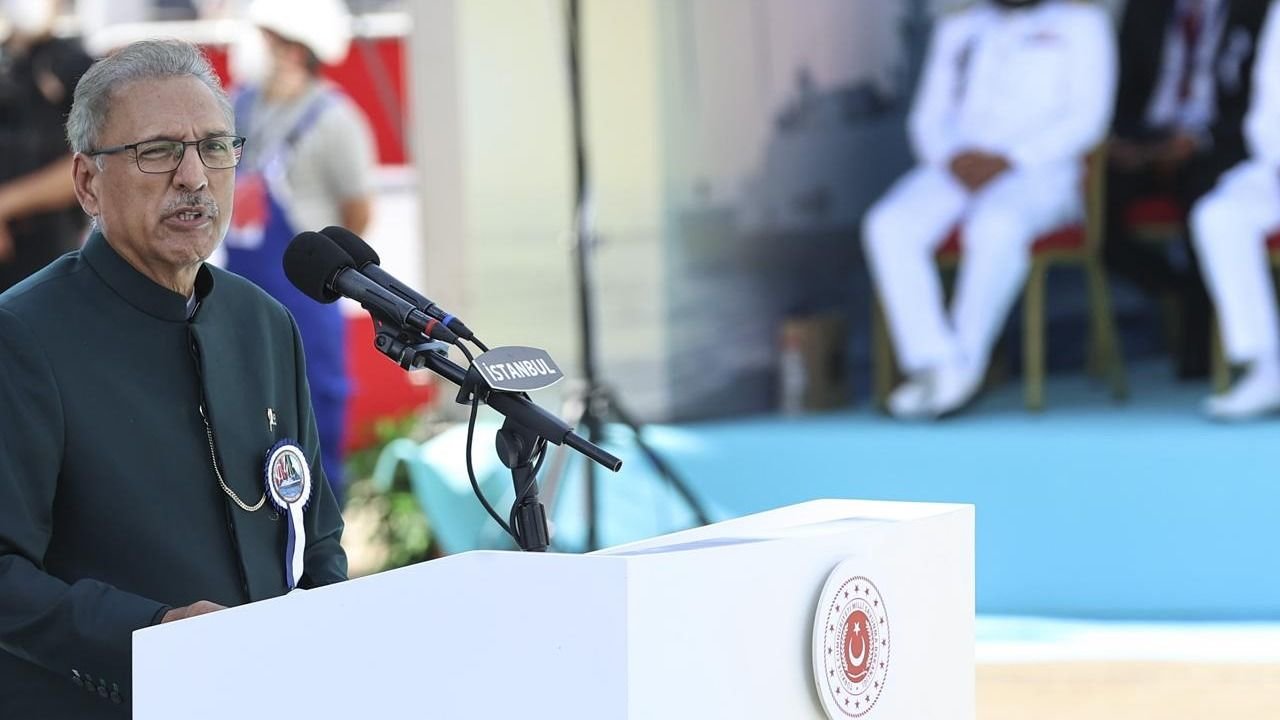 Pakistan is one of the largest markets for Turkish defense products, said Pakistan's president on Sunday.

Speaking at a ship launching ceremony as part of the Pakistan MILGEM Corvette Project in Istanbul, Arif Alvi said the two countries are facing similar challenges and threats, and that they have deepened their partnership in various fields, especially in defense and security.

He said the cooperation between Turkey and Pakistan in the construction of warships contributes not only to the increase in the capabilities of the Pakistan Navy, but also to the strengthening of the friendship between the two countries.

“Pakistan stands by our Turkish Cypriot brothers in Northern Cyprus. We may have two different cultures and languages, but we are one people," Alvi said.​​​​​​​