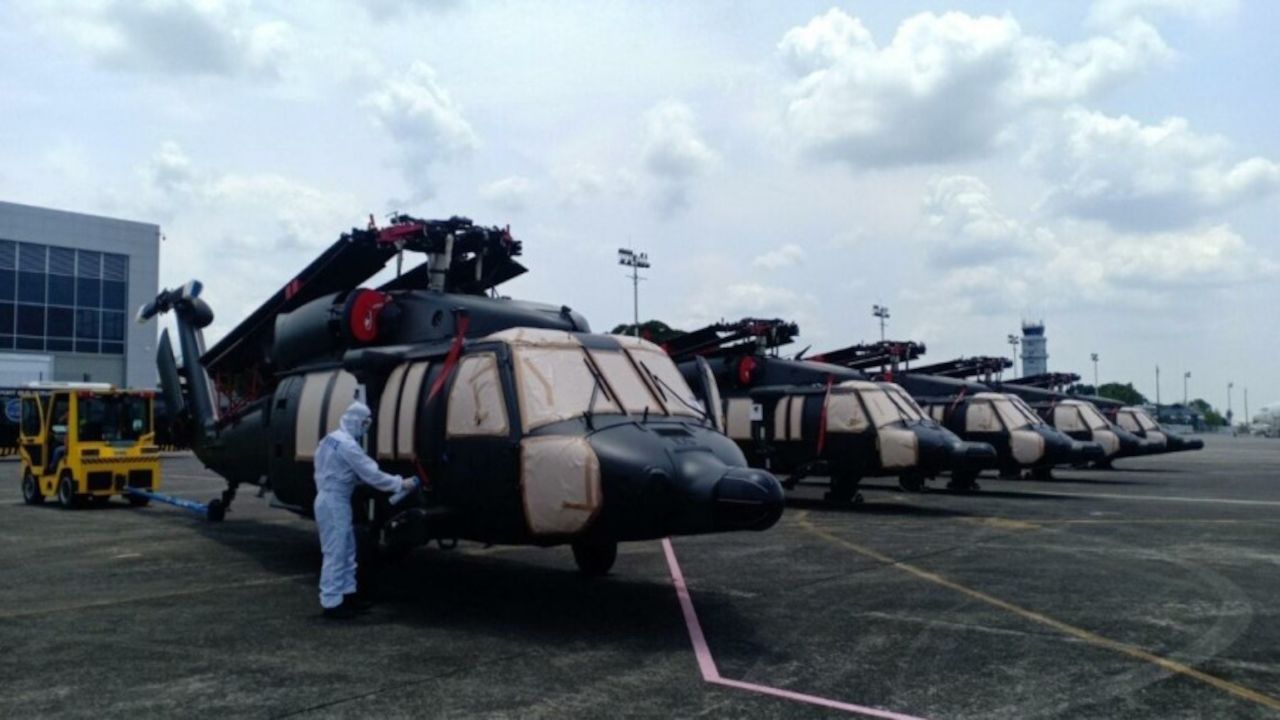 The second batch of aircraft arrived at Clark Air Base in Pampanga from Poland on board a chartered Ukrainian Antonov An-124 Ruslan strategic airlifter.

These aircraft are part of a $241m contract awarded to the Polish company in April 2019 for the supply of 16 S-70i Black Hawk helicopters.

The government-to-government transaction was executed under ‘Horizon 2′ phase of the Armed Forces of the Philippines Modernization Act to fulfil the PAF’s CUH requirement.

PAF spokesperson lieutenant colonel Maynard Mariano was quoted by Philippine News Agency as saying: “The recent arrival of the five Black Hawks will further boost the heli-lift capability of the Armed Forces of the Philippines and will help the government deliver more services in more areas in less time.

“In the past few months, the Black Hawks transported vaccines and personal protective equipment (PPE) sets to the remotest areas of Batanes, Bicol, and other parts of the country.”

The fleet of combat utility helicopters can be rapidly configured and deployed to perform various military and humanitarian missions.

Late last year, the company delivered the first six S-70i units to the service. They were inducted into the PAF’s 205th Tactical Helicopter Wing.

“Meanwhile, the third batch of five helicopters are scheduled to be delivered before the end of 2021.”

With this procurement, the Philippines became the ninth country to acquire Polish-built Black Hawk helicopters.

Since the start of aircraft deliveries in 2011, PZL Mielec has produced more than 70 S-70i helicopters.

It is manufacturing under licence from Sikorsky, also a Lockheed Martin subsidiary, which is the original manufacturer of the Black Hawk.