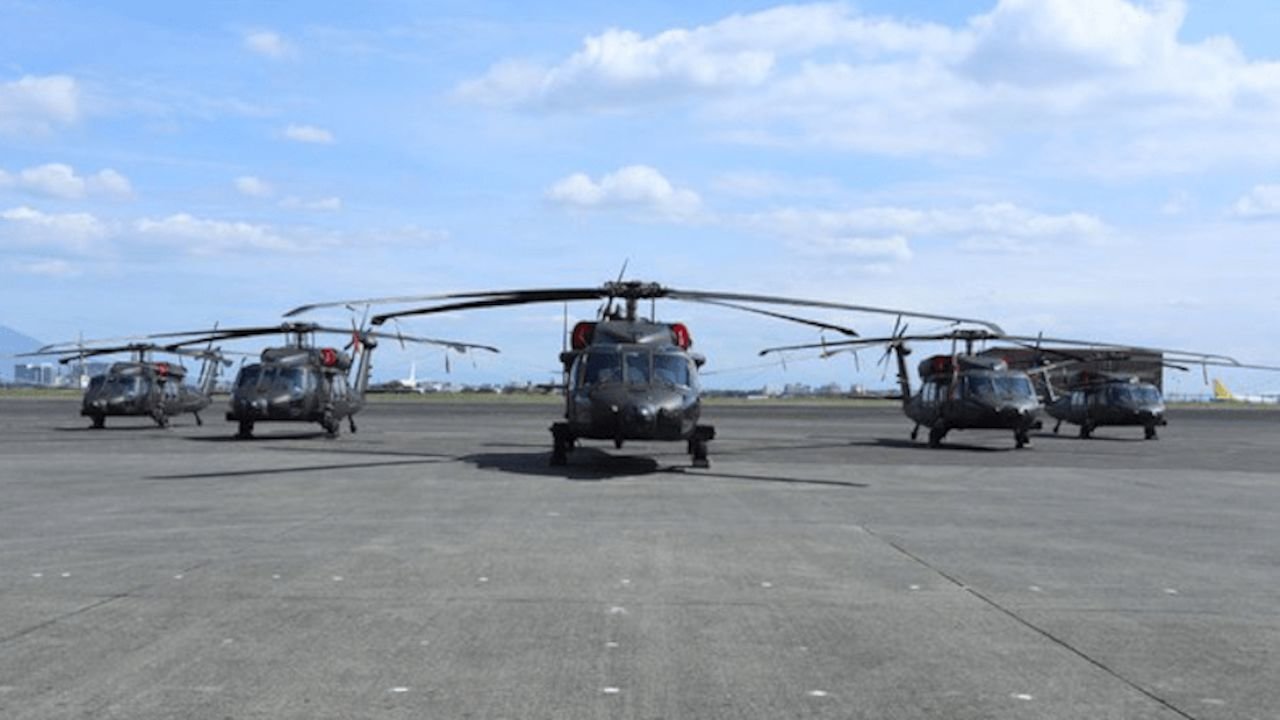 For the past decade, Manila has been trying to modernize its run-down military equipment featuring Vietnam War-era helicopters and World War II naval vessels used by the United States.

The deal worth more than $620 million will beef up the Philippines’ existing fleet of 12.

Lorenzana said a notice of award was issued on Dec. 28 to purchase brand-new helicopters under a project that comes with logistics support and a training package for pilots and maintenance crew.

The aircraft was needed for humanitarian assistance and disaster response, he said.

“The lack of transport planes and helicopters have never been more acute during the pandemic and in the aftermath of Typhoon Odette,” Lorenzana said, using the local name of Typhoon Rai, which left more than 400 people dead and caused widespread devastation when it hit the country in December.

"This was exacerbated by our aging Hueys that have become uneconomical to maintain."

Rai, last year’s 15th and deadliest typhoon to hit the Philippines, caused widespread damage in central and southern regions of the country.

The United Nations’ Office of the Coordination of Humanitarian Affairs on Sunday said in a statement that hundreds of thousands of people still need food and clean water, shelter and protection support, one month after the world’s second-deadliest disaster of 2021 hit the Philippines.

The government last year completed an order of 16 S-70i Black Hawks to replace the air force's fleet of Bell UH-1H helicopters, commonly known as the Huey, after fatal accidents.

Many were acquired as surplus from the U.S., Manila's longtime military ally.

In June, the entire Black Hawk fleet was grounded after an S-70i helicopter crashed during a night-time training flight, killing all six onboard.

An investigation found it to have "inadvertently entered a thunderstorm," and the pilot suffered "spatial disorientation or vertigo."

As well as long-running insurgencies by communists and other fighters, the Philippines faces growing Chinese aggression in the South China Sea.

Lorenzana announced Friday that the Philippines would buy an anti-ship missile system from India for nearly $375 million to boost its defense capability.

That came weeks after the country ordered two new warships from South Korea's Hyundai Heavy Industries in a $556 million deal.

It had signed a deal with Turkey to purchase six T-129 ATAK attack helicopters built by Turkish Aerospace Industries (TAI).