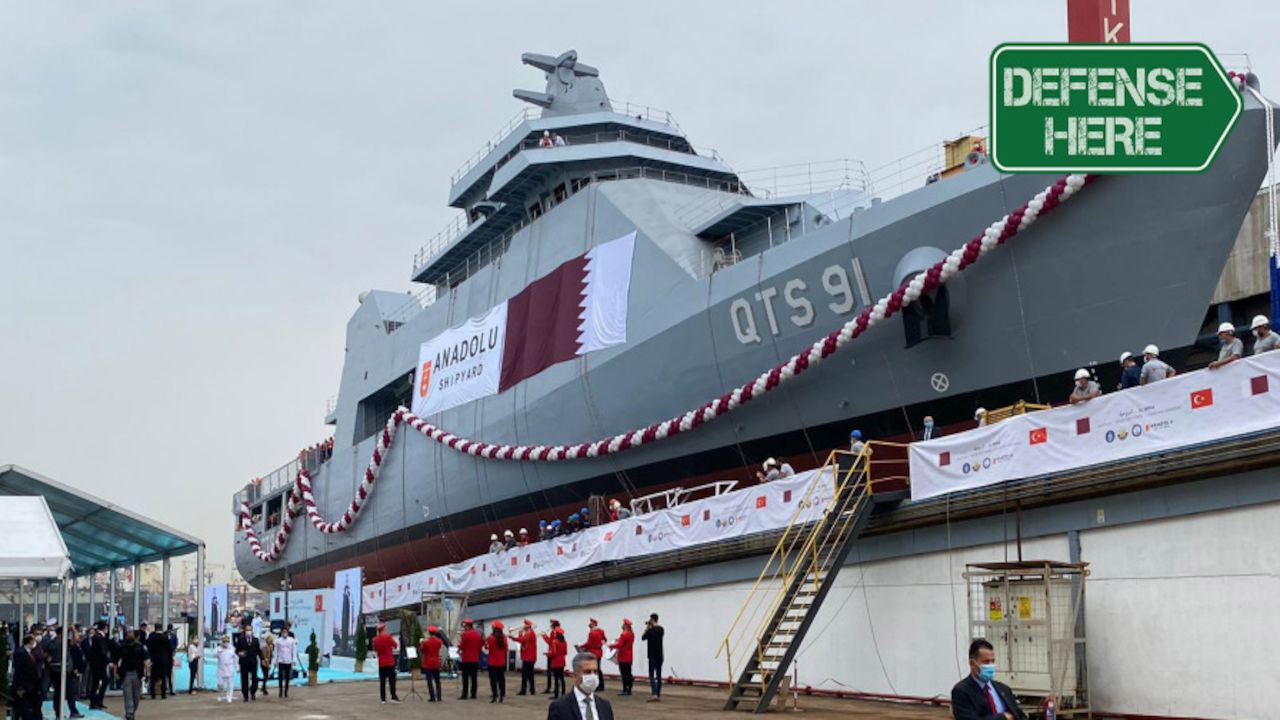 The State of Qatar received today a Turkish-made warship named "Doha", in a ceremony held in Istanbul.

The ship was manufactured in Turkey by the Turkish company Anadolu Shipyard, after the signing of an agreement between the company and state of Qatar back in 2018, where the agreement provided for the manufacture of two military ships by the company to be used for training purposes by the Qatari Emiri Navy.

The Doha vessel measures 89 meters in length, while its capabilities, armament and other technical specifications have not been disclosed. The second ship is expected to be delivered within 2021 according to the agreement.