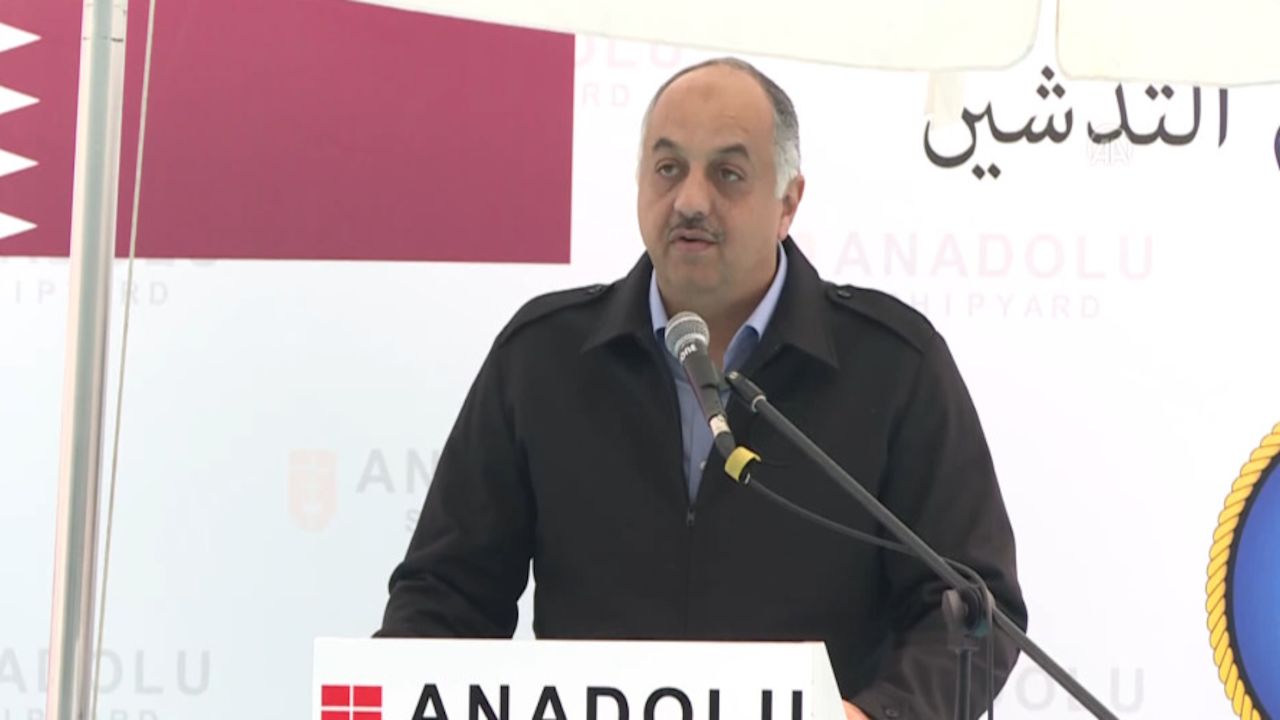 Qatari Minister of Defense Khalid bin Mohammad Al Attiyah made a statement at the inauguration ceremony of the armed training ship, held at the Anadolu Shipyard in Tuzla, Istanbul. The ship which was manufactured for the Qatari Emiri Navy and scheduled to be delivered in 2021.

Attiyah said in his statement: “We affirm the depth of relations between our two brotherly countries, who enjoy a strategic military partnership, and with pride, we witness today the inauguration of the military training ship “Doha”, which will be an important tributary of the Qatari Emiri Navy in the field of training. It will also be of great importance to the Mohammed Bin Ghanem Al Ghanem Maritime Academy and its members thanks to its training capabilities.”

“The ship is one of the largest training vessels in the world,” he added.

Noting that the Turkish defense industry has proven it itself at an international level, Attia said that the State of Qatar is happy to benefit from Turkey's advanced capabilities.

Mentioning that Increasing strategic cooperation between Turkey and Qatar increases both countries' strength at the regional level, Attia, added that the growing military cooperation between Qatar and Turkey shows the unity of vision and thought between the leaders of the two countries.