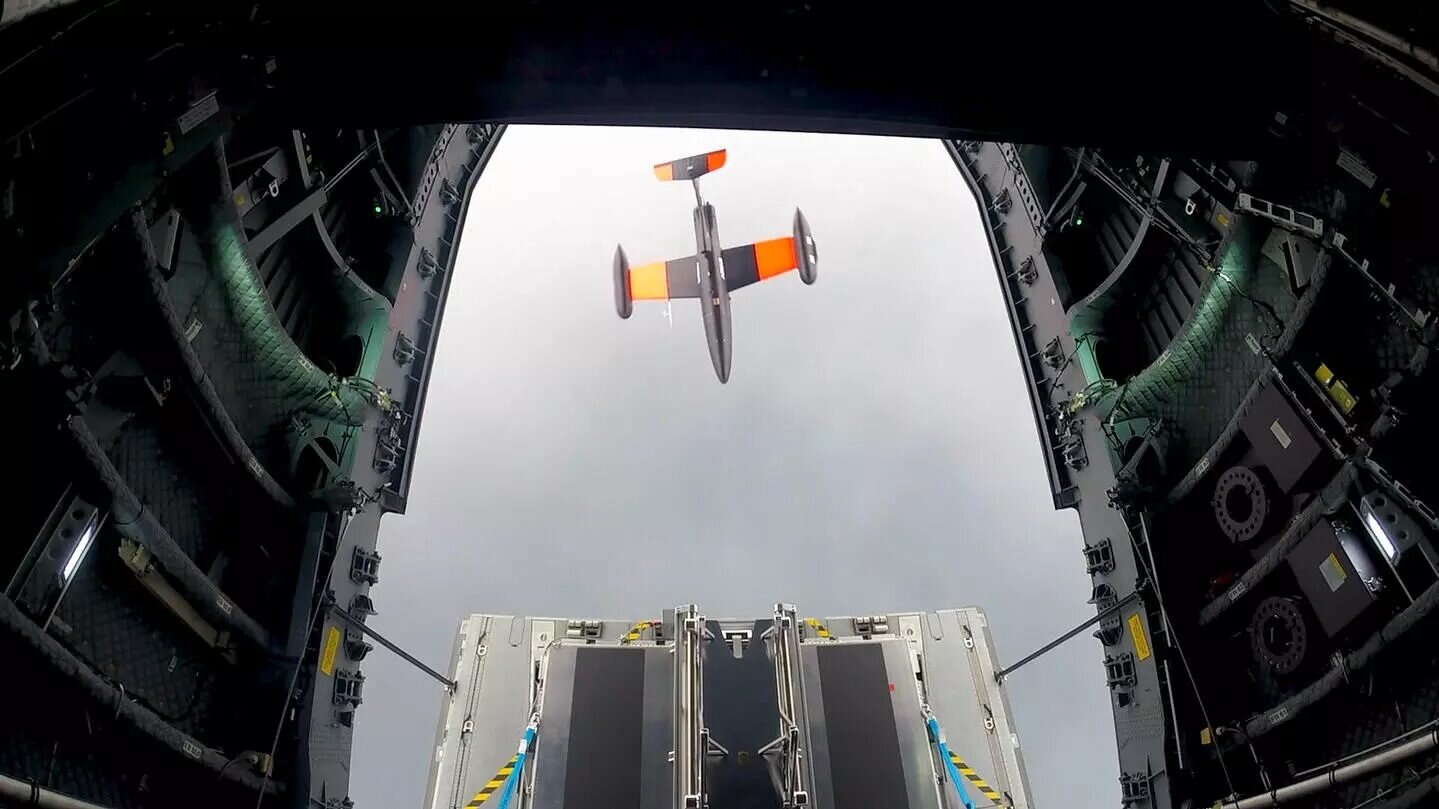 Germany’s Bundeswehr, Airbus, the German Aerospace Center DLR, and German companies SFL and Geradts have jointly carried out the world’s first successful launch and operation of a Remote Carrier flight test demonstrator from a flying A400M.

Multiplying the force and extending the range of unmanned systems will be one of the future roles of Airbus’ military transport aircraft in the Future Combat Air System (FCAS).

“The excellent collaboration with our German customer and partners on the A400M UAV Launcher campaign is further evidence of how the development of FCAS will take innovation and technologies to the next level,” said Airbus Defence and Space CEO Michael Schoellhorn. “FCAS as a system of systems is starting to take shape now.” The device for launching Remote Carriers from a flying A400M was developed in just six months. For the test flight, it was loaded onto the ramp of a Bundeswehr A400M, from which the Remote Carrier demonstrator, a modified Airbus Do-DT25 drone, was launched. After the release, the Do-DT25’s engines were started and it continued in powered flight mode. The crew on board the A400M then handed over control to an operator on the ground, who safely commanded and landed the drone.

Remote Carriers will be an important component of FCAS. They will fly in close cooperation with manned aircraft and support pilots in their tasks and missions. Military transport aircraft such as the A400M will play an important role: as motherships, they will bring the Remote Carriers as close as possible to their areas of operation before releasing up to 50 small or up to 12 heavy Remote Carriers. These will then join manned aircraft, operating with a high degree of automation although always under a pilot’s control.