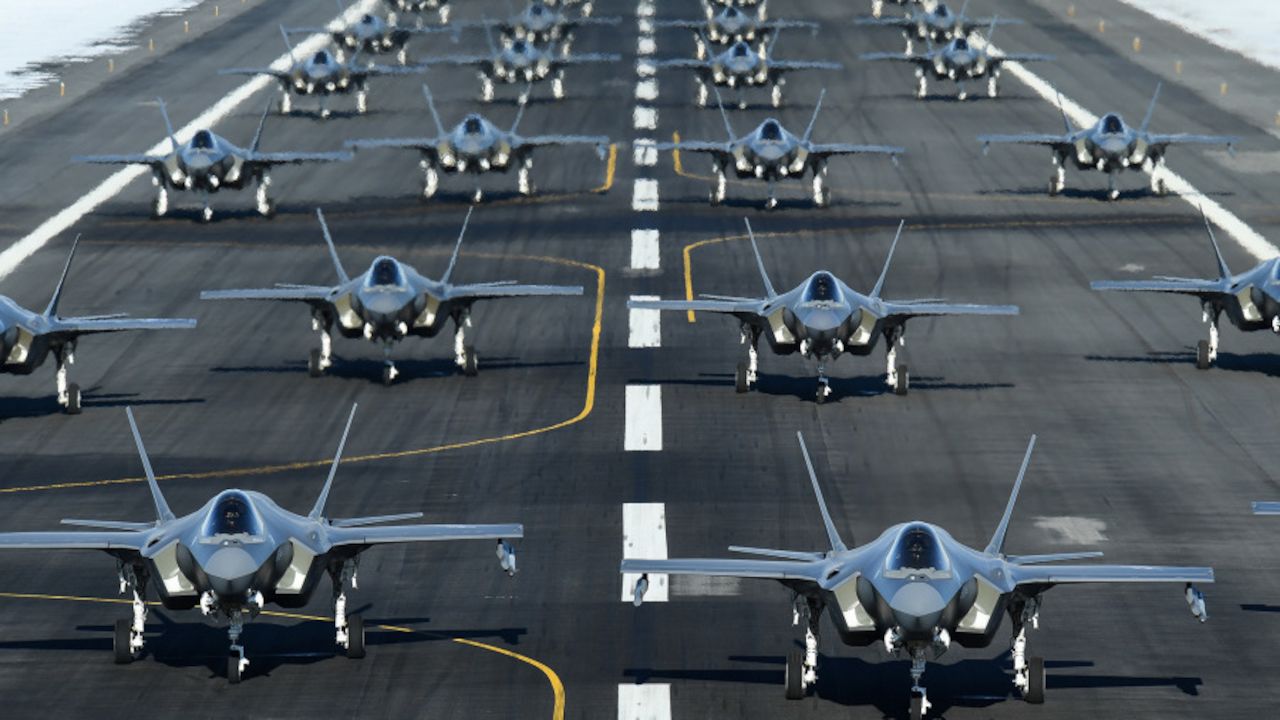 The House Armed Services Committee chairman railed at the expensive F-35 Joint Strike Fighter on Friday, saying he wants to “stop throwing money down that particular rathole,” ― just days after the Air Force said it too is looking at other options.

“What does the F-35 give us? And is there a way to cut our losses? Is there a way to not keep spending that much money for such a low capability because, as you know, the sustainment costs are brutal,” Rep. Adam Smith, D-Wash., said a Brookings event.

Air Force officials recently said they are conducting a study to find the best mix of fighters including Lockheed Martin’s F-35, Boeing’s F-15EX and a replacement for the service’s oldest F-16s. Smith was thinking along similar lines.

“What I’m going to try to do is figure out how we can get a mix of fighter-attack aircraft that’s the most cost effective. And I am telling you right now a big part of that is finding something that doesn’t make us have to rely on the F-35 for the next 35 years,” he said.

Though the Joint Strike Fighter was conceived as a relatively affordable fifth-generation aircraft, it’s generally acknowledged as the world’s most expensive weapons platform. Flying the F-35 currently costs $36,000 per hour, and it has a projected lifetime cost of $1.7 trillion.

As of January, the F-35 was still struggling to meet its goal mission-capable rate, which is the percentage of aircraft that can meet at least one assigned mission. Only 69 percent met the threshold, well short of the military’s longstanding 80 percent goal.

While the F-35 was designed to replace the F-16 — among several other aircraft variants — Air Force officials said this month they were exploring less expensive options, including buying new F-16s from Lockheed, evaluating low-cost tactical drones and pursuing a clean-sheet fighter, as described by Air Force Chief of Staff Gen. CQ Brown in February.

In broader remarks emphasizing more modest, cost-effective goals for the military, Smith said Congress must “seriously scrub” the Pentagon’s big-ticket weapons programs. Though Smith holds a powerful job, the F-35 enjoys strong support in Congress, and the lawmaker lamented that the country seems to be locked into the program.

“We have wasted a spectacular amount of money on weapons systems that either haven’t worked at all or who have not lived up to their promise,” Smith said. “The failure we wind up tolerating is failure on a massive freaking scale. Think F-35.”

In a statement to Defense News, Lockheed spokesman John Torrisi pointed to U.S. Marine and Air Force deployments of the jet and that it has flown more than 1,000 combat missions.

“We look forward to continued engagement with Chairman Smith and other key members of Congress on the vital F-35 program during the coming Defense Authorization and Appropriation cycle,” Torrisi said. “The F-35 is the most survivable, connected fighter in the world today.”

One of the reasons the Air Force is reevaluating the F-35 program is a tacit acknowledgment that the flat budgets projected in the near future may not allow the service to buy all 1,763 F-35s in its program of record.

The F-35 remains the “cornerstone” of the fighter fleet that the Air Force is pursuing, Brown told reporters during a Feb. 25 roundtable. However, he said there are “cost pressures” on the program.

“The reason I’m looking at this fighter study is to have a better understanding — not only the F-35s we’re going to get, but the other aspects of what complements the F-35 in looking 10 to 15 years out,” he said. “I want to make sure we have the right capability. That includes the option of] continuing to buy the 1,763 F-35s] like we’ve already outlined, but we also have a look at it to make sure it has the capability we need with Block 4 upgrades] but also is affordable.”

At the same time, the service also needs capacity to support operations in the Middle East or other tasks such as defending U.S. airspace — missions that don’t require stealthy fifth-generation fighters that are more costly to operate.

“Geopolitics change faster than our programs of record. With] the geopolitics we have now ... frankly we need a significant capacity,” said Gen. Mark Kelly, who leads Air Combat Command.

“In a perfect world ... a budget-unconstrained environment would have a huge number — capacity — of huge capability fifth-gen airframes for every squadron in the combat air forces. The challenge with that] is the reality of fiscal requirements of a nation that is coming out of a pandemic and the impacts of it, and the demand signal of being really busy around the world.”