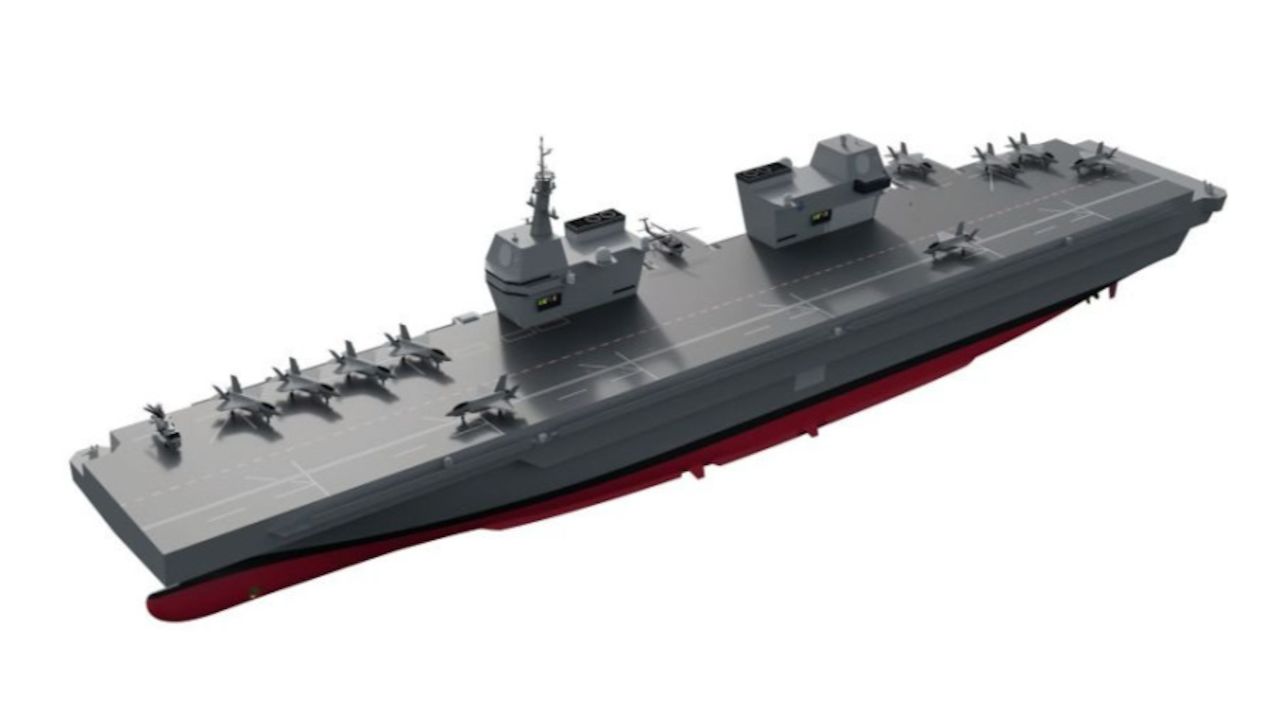 The Republic of Korea Navy (RoKN) unveiled on 3 January a revised conceptual design for its future next-generation light aircraft carrier.

The latest design, which confirms that the vessel will not feature a ski-jump, features a twin-island arrangement. The computer-generated imagery (CGI) also appears to confirm that the service plans to operate Lockheed Martin F-35B short take-off and vertical landing (STOVL) Joint Strike Fighters from the vessel. Naval helicopters, somewhat similar in appearance to the Sikorsky/Lockheed Martin MH-60R Seahawk, can also be seen on the carrier.

The RoKN pointed out, however, that the latest conceptual design can be further revised during the basic and detailed designed stages.

A second image provided by the service shows the vessel, which is being acquired under the LPX-II Project, operating as part of a carrier group alongside what appear to be KSS-III-class submarines as well as KDX-2-, KDX-3 Batch II-, and KDDX-class destroyers, and a Soyang (AOE-II)-class logistics support ship.

The latest developments come after South Korean officials and defence researchers held their first meeting in late October 2020 to discuss the development of “core technologies” for the carrier. The country’s Defense Acquisition Program Administration (DAPA) announced at the time that a total of seven institutions and companies, including the Agency for Defense Development, Pusan National University, and LIG Nex1, would take part in the development process, which is expected to be completed by 2024.

As an example of core technologies, DAPA cited the planned development of coating materials to protect the flight deck of the 40,000-tonne carrier.