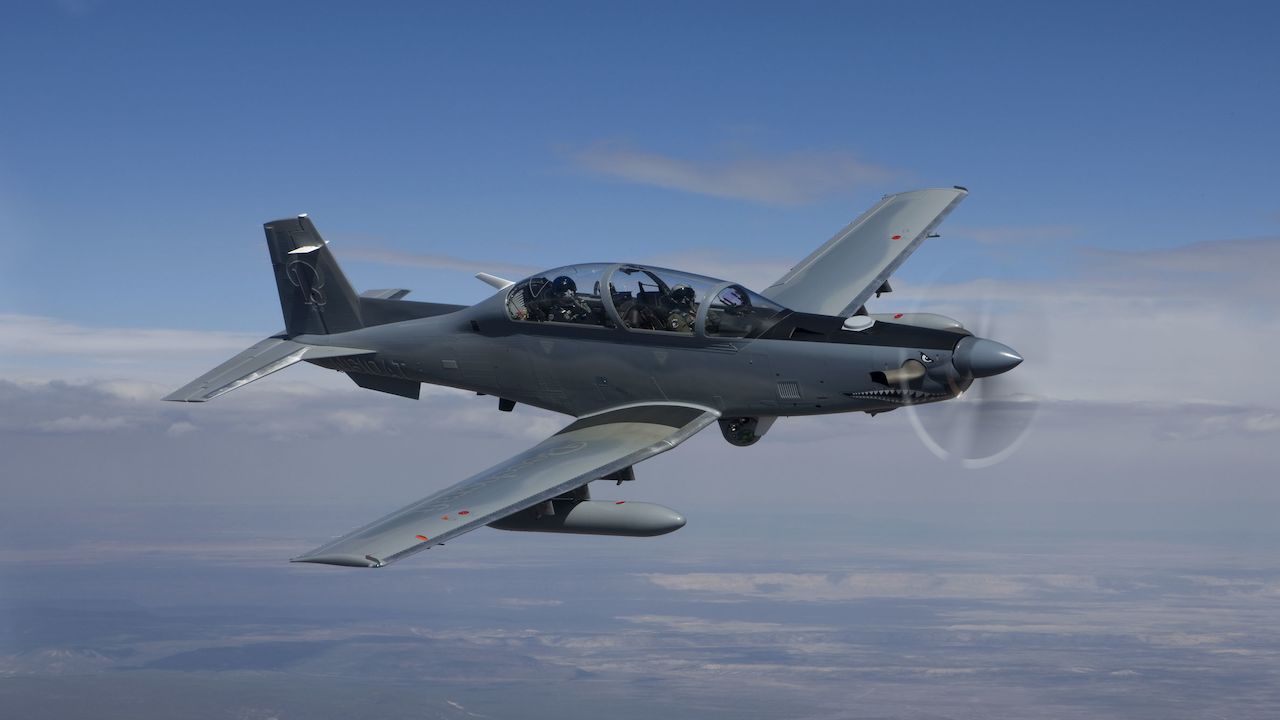 Textron Aviation Defense LLC on Nov. 14 announced a $143 million contract with the Royal Thai Air Force (RTAF) for an Integrated System in support of the 41st Wing light attack operations at Chiang Mai Air Base. The historic contract — for eight Beechcraft AT-6 Wolverine aircraft, ground support equipment, spare parts, training and other equipment — establishes Thailand as the international launch customer for the USAF’s latest light attack aircraft. The work in support of this procurement will take place at the company’s Wichita, Kansas facilities.

The Beechcraft AT-6 Wolverine is designed and manufactured by Textron Aviation Defense LLC, a Textron Inc. company.

“We are honored the Royal Thai Air Force has competitively selected the Beechcraft AT-6 to conduct a broad array of missions in support of its border security and its anti-smuggling, counter-narcotics and anti-human trafficking operations,” said Thomas Hammoor, president and chief executive officer of Textron Aviation Defense LLC. “The RTAF is a key U.S. security ally and operator of one of the most advanced air forces in Asia Pacific. Its extensive market research and stringent procurement process sought the alignment of best cost, schedule, and performance to replace its existing fleet of aging Aero L-39 Albatros aircraft and advance the capabilities of its fleet with the latest technology.”

The contract for the AT-6 — designated the Beechcraft AT-6TH in Thailand — supports the modernization and interoperability objectives at the forefront of the mutual defense cooperation between the U.S. and Thailand. The contract also contributes to the growth of Thailand’s aerospace industry detailed in the 10-year Royal Thai Air Force Purchase and Development (P&D) Plan, complies with requirements set forth by the Thai National Anti-Corruption Committee (ACC) and empowers RTAF light attack aircrew with a vital technological advantage.

“RTAF pilots and concerned parties found the attributes of the AT-6 procurement program extremely favorable,” stated AM Pongsawat Jantasarn, RTAF’s chairman of the procurement committee. “It will also benefit both Thai and U.S. mutual interests, strengthening the enduring strategic partnership between our nations.”