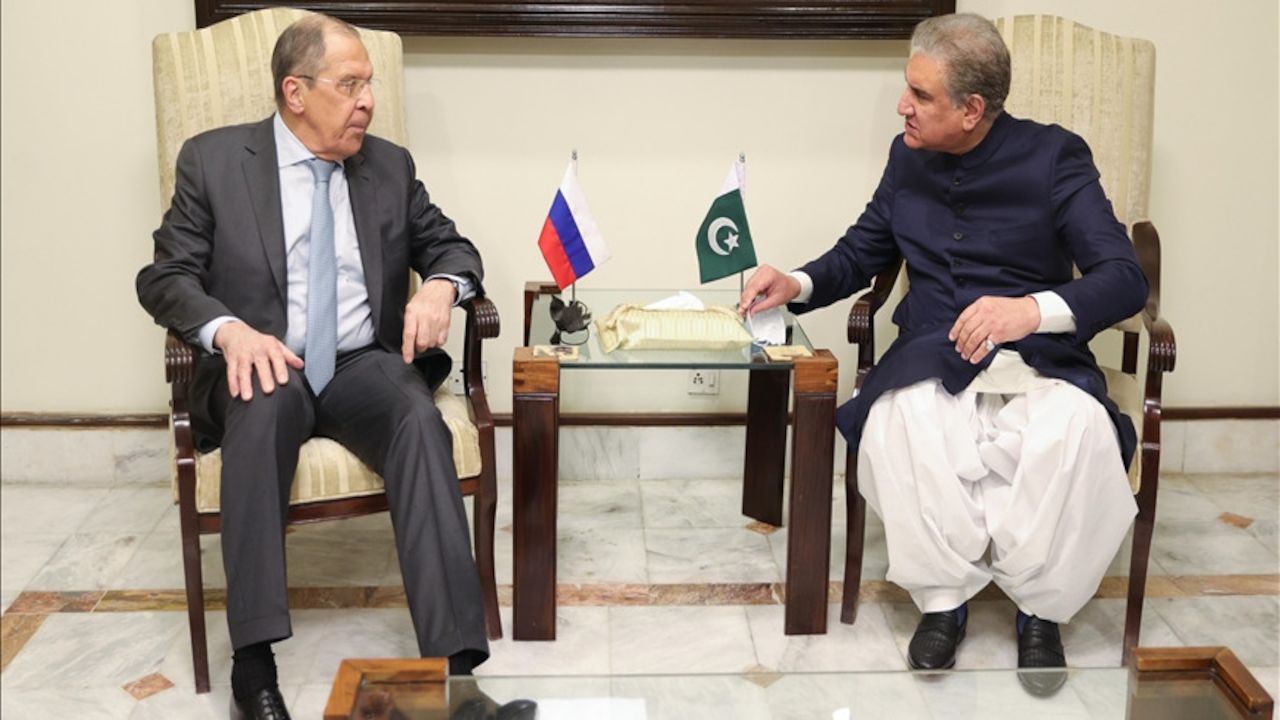 Pakistan and Russia on Wednesday agreed to promote bilateral cooperation in all sectors including trade, defense, economy and energy.

It was the first time a Russian foreign minister visited Pakistan in nine years.

"We want to deepen our bilateral relations, and create win-win cooperation between two countries," Qureshi told a joint news conference.

Islamabad and Moscow have accelerated defense cooperation in recent years following Pakistan's deteriorating ties with the US.

"We discussed how we can promote economic relations and trade, we realize that our trade touched a new level last year, but we have plenty of opportunities of broadening our trade links, and we will certainly look into the investments and economic cooperation, you know, the sky's the limit," Pakistan's top diplomat said.

He added that both sides agreed to convene an inter-government commission meeting in Moscow this year that will lay the foundations for a more meaningful economic interaction between Russia and Pakistan.

Qureshi also briefed Lavrov on the situation in Indian-administered Kashmir, and Afghanistan.

The Russian foreign minister said Pakistan-Russia relations are "constructive and mutually beneficial" and that "we both agreed that we should further develop our economic relations."

The two foreign ministers also announced finalizing the Pakistan Stream Gas Pipeline, a major gas pipeline project, which will be completed by Russia.

On defense cooperation, Lavrov said: "We stand ready to strengthen the anti-terrorist potential of Pakistan, including by supplying Pakistan with the special military equipment."

"We are also concerned on the deteriorated situation in Afghanistan and the rise of terrorist activities of ISIS Deash] in the east of the country," he said. "We Russian, Pakistan] agreed to facilitate all parties of the conflict to reach an agreement and ending the war in Afghanistan."

Intra-Afghan peace talks, which began last September, are making little headway, while a deadline is looming for the US to withdraw its forces from the war-torn country.

Washington signed an agreement with the Taliban last year allowing it to withdraw its forces in exchange of security guarantees. Fighting between Afghan forces and the Taliban, however, still continues.

He also welcomed the recent cease-fire agreement between India and Pakistan, and agreed to extend cooperation with Islamabad on COVID-19 vaccines.