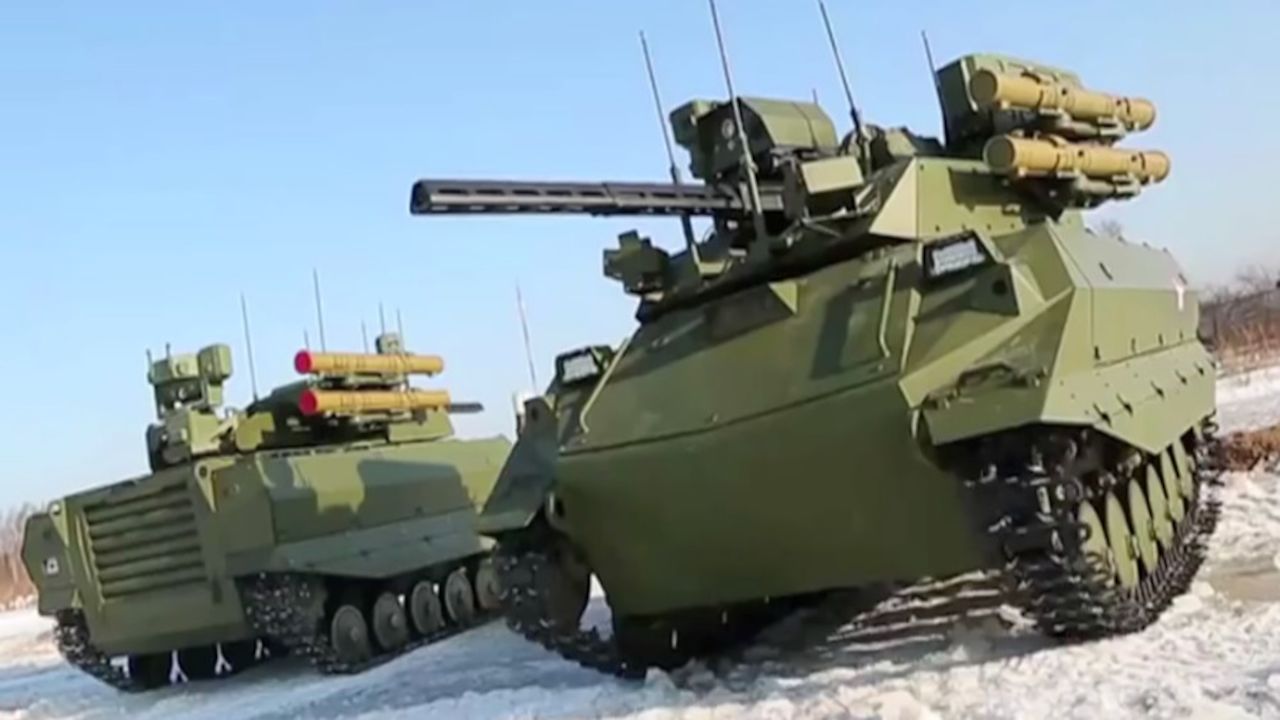 "State trials of the Uran-9 UCGV will be completed this year," he said.

According to the official, various robotic platforms are currently in development in Russia.

"Simultaneously, the work to create heavy and medium-class unmanned ground combat vehicles (Shturm and Soratnik) are under way with the aim of creating advanced units of the ground forces," Salyukov said.

The 12-tonne Uran-9 UCGV is designed for reconnaissance, fire support and anti-tank missions. It is equipped with a 30-mm 2A42 autocannon, a 7.62-mm machine gun, a Shmel-M rocket-assisted flamethrower and an Ataka anti-tank guided missile launcher.