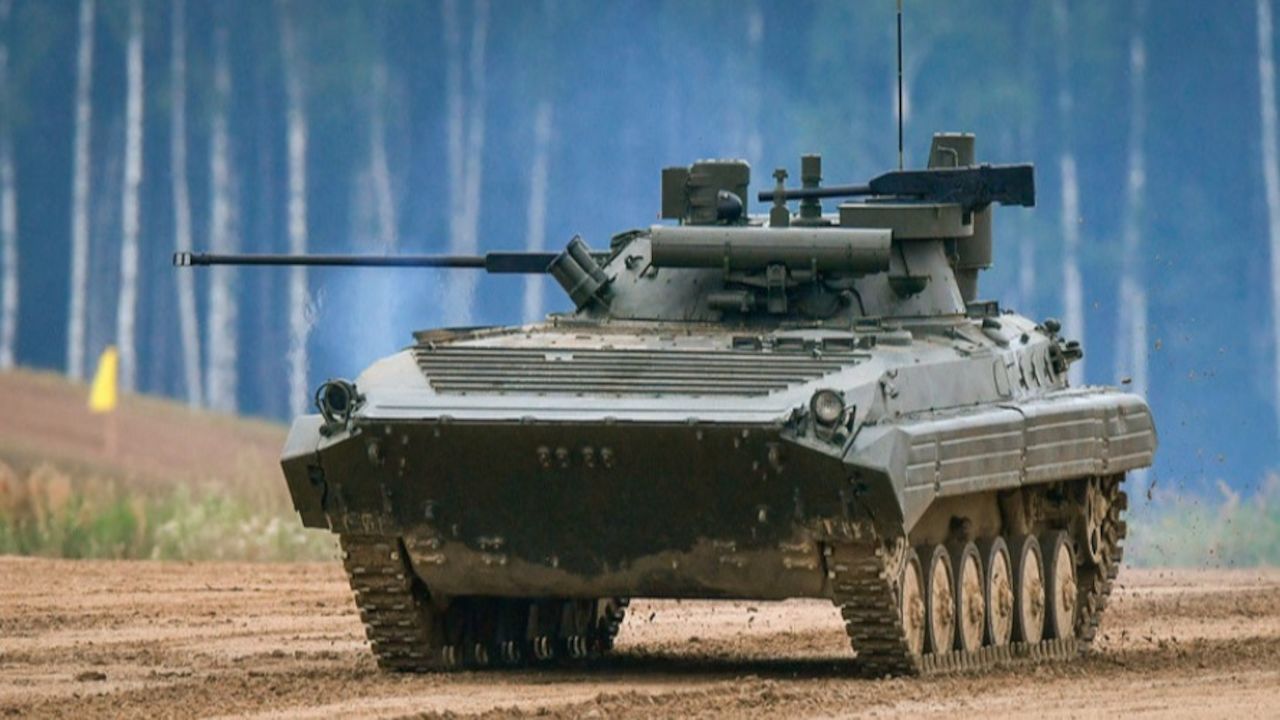 The BMP-2M is an upgraded version of the BMP-2 IFV with the Berezhok combat module. The vehicle transports soldiers and increases their mobility, arms and protection on the battlefield. The Berezhok manned combat module is a turret with a new set of weapons. It has a combined sight with independent stabilization of the visor in two planes. It combines optical, thermal and laser range finders, as well as a missile guiding system.

The Berezhok is said to be a cost-effective update, which dramatically increases the firepower of the basic BMP-2 and leaves its protection almost untouched. he turret weighs about 3,250 kg and carries a heavy armament suite integrating a Gryasev-Shipunov 2A42 30 mm automatic cannon, an AGS-30M 30 mm automatic grenade launcher, a Kalashnikov PKTM 7.62 mm coaxial general-purpose machinegun, and four ready-use Kornet-E-family (NATO reporting name: AT-14 Spriggan) ATGMs in two two-cell banks mounted on either side of the turret.

The upgraded BMP-2 with the new arms exceeds the organic BMP-2 capabilities 3.8 times. Compared to the baseline BMP-2, the Berezhok is equipped with a far better sensor suite. The turret has received an automatic target tracker and a ballistic computer. According to KBP, the module fires up to two missiles in salvo mode in order to score higher hit probability.The Berezhok increases the capabilities of the BMP-2 IFV fourfold. The upgraded BMP-2M vehicle features a round-the-clock automatic fire control system for Kornet guided missiles to destroy heavily-armored targets at a distance of 8 km (5 mi), as well as air targets.