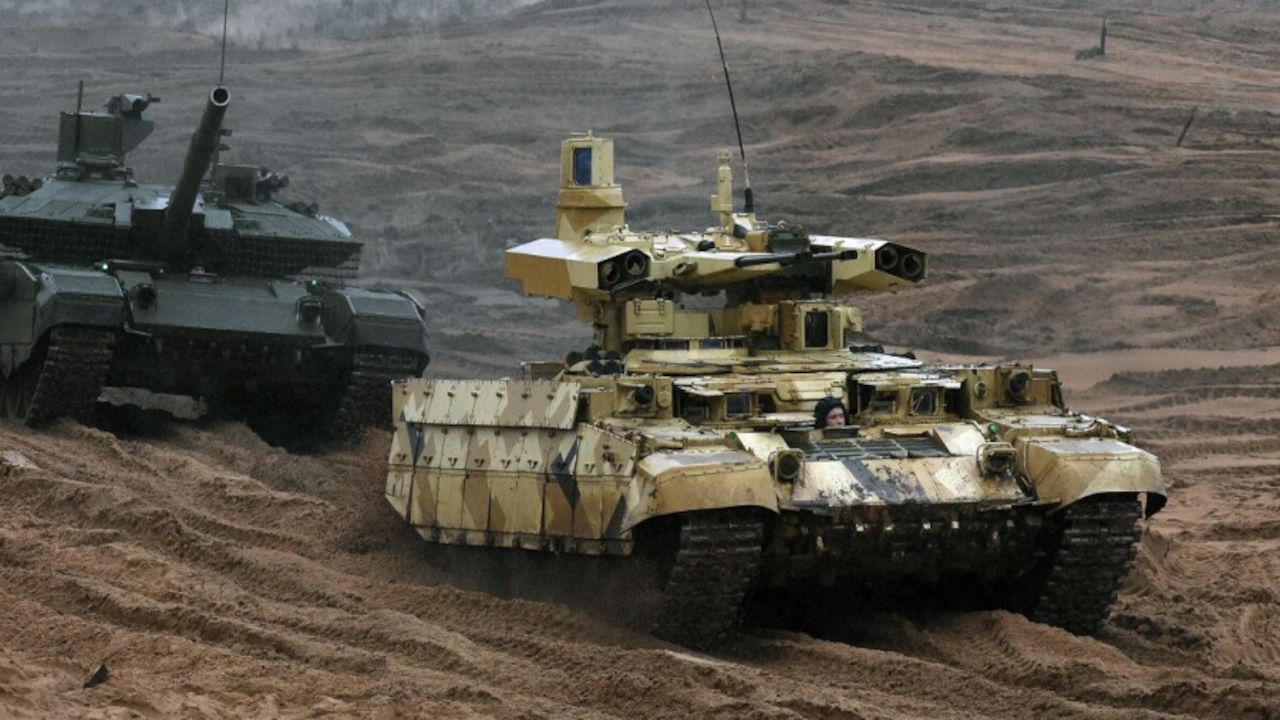 The Russian military on Monday received its first batch of Terminator tank support vehicles for testing.

The Terminator, previously financially neglected by the Defence Ministry, proved its effectiveness during recent Russian combat operations in Syria.

Russian state television showed Terminators attached to the 90th Tank Division in the Chelyabinsk region of the Urals on Dec. 2. “The uniqueness of this car is its ability to follow three targets at once with all of its weaponry systems,” Col. Andrey Sigarev, the deputy commander of the tank division, told Channel One television.

The Terminator is equipped with the supersonic anti-tank missile system Ataka, which is able to reach targets up to 6 kilometers, two 30mm guns that can be used against infantry forces and helicopters, two grenade launchers, and a Kalashnikov submachine gun. The vehicle can reach a speed of 60 kph and is operated by a crew of five. Its design is based on the T-90 tank.

According to military experts, one Terminator can replace a motorized rifle platoon of 40 soldiers and six armored vehicles.

Russia’s military has received eight Terminator vehicles, which will be tested during military exercises. The vehicles, first shown to the public during the annual military parade in Red Square in 2018, took part in the Russian operation in Syria.

Its battlefield experience “dispelled the doubts of generals about its adoption by the Russian Army and increased its export potential,” Litovkin explained.

In 2010, the Defence Ministry abandoned plans to financially support the Terminator’s development. During that time, the ministry was headed by Anatoliy Serdyukov, who once proposed the purchase of foreign-made weapons to boost military modernization.

The Terminator is designed by UralVagonZavod, the country’s leading tank producer, which, despite its export potential, heavily relies on state support. It also produces rail vehicles but has experienced problems breaking even. However, according to Russian media reports in 2020, the firm made a net profit of $2.6 million. It was last on Defense News’ list of the top 100 defense companies in the world in 2018, where it ranked 46th place, having brought in $1.865 billion in defense revenue for 2017.