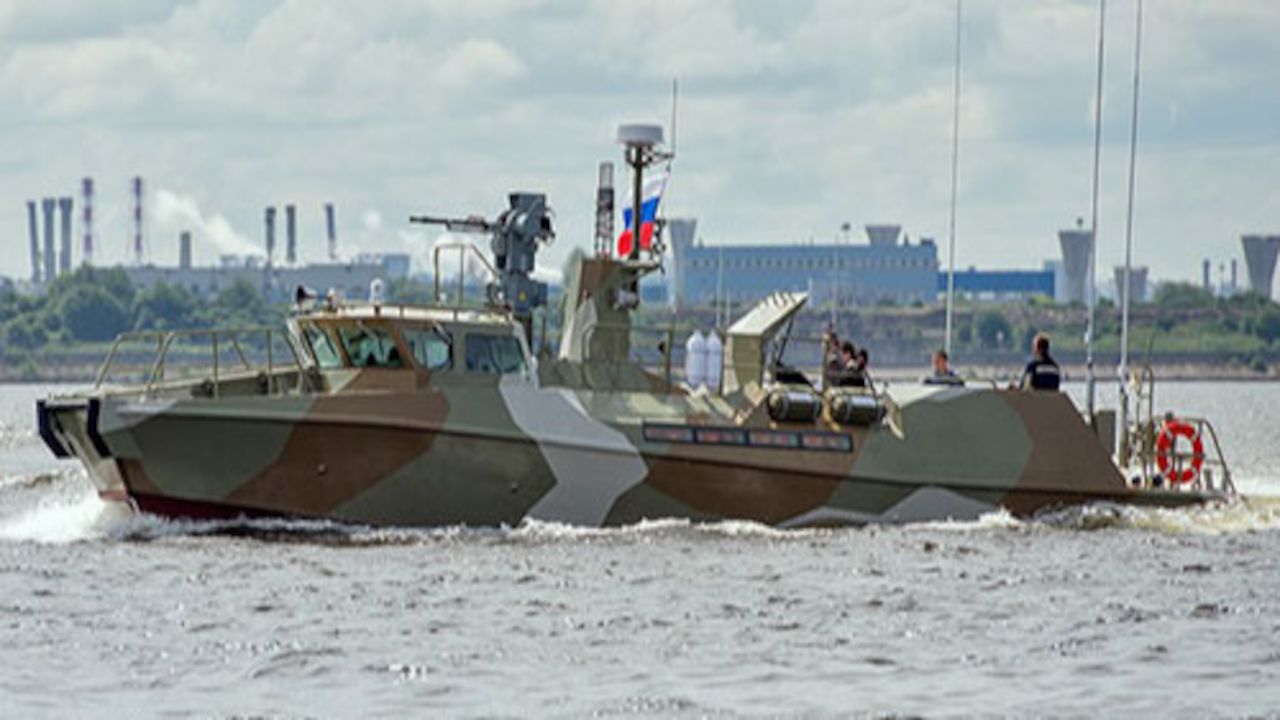 Over the past week, the Russian Navy has been reporting on the successful implementation of the procurement plan of 2020.

Last Saturday, on November 14th the Russian Navy commissioned the 17th in a row patrol boat of Project 03160 Raptor. The solemn ceremony of raising St. Andrew’s Flag took place at the Pella shipyard in St. Petersburg and was inaugurated by Admiral Nikolai Evmenov, Commander-in-Chief of the Russian Navy. He said the Raptors have proven effectiveness in patrolling the coastal areas of seas, straits and river estuaries in the daytime and at night at a distance of 100 nautical miles from the base. Raptor-class high-speed boats can also be used for promptly transporting up to 20 marines, intercepting and detaining small targets and carrying out search and rescue operations in the areas of their patrolling.

Earlier last week, Nikolai Evmenov confirmed that the state trials of the Project 22800 Odintsovo corvette had been successfully completed. The Odintsovo is the first surface ship of the Russian Navy, equipped with a naval version of the Pantsir-M anti-aircraft missile and artillery system. In particular, the Odintsovo is the third Karakurt-class corvette of project 22800. Pantsir-M is the main difference from predecessors. Remaining corvettes of the series will be armed by Pantsir-M. As was reported by the media, the Russian Navy will receive at least eighteen ships of Pr.22800.

The Pantsir-M system was test-fired in mid-October 2020. Pantsir-M fully coped with the mission. Destroying the targets at a major distance and downed the remaining targets by gunfire close to the warship. Besides, The Odintsovo was on Arctic trials from early August to late September 2020 and proved that the small corvettes can operate in bitter cold and bad weather. The Odintsovo fulfilled all missions in the Barents and the White Seas in the two-month sortie, fired missiles and returned to the Baltic Sea by internal waterways, the Izvestia paper said.

Admiral Evmenov noted that the Corvette will be commissioned by the Navy at the end of November.

Kaliningrad-based Yantar shipyard reported of completing state tests of the Petr Morgunov amphibious assault ship of Project 11711. The tests were suspended in October because of COVID-19 cases of crew members of the ship and then resumed in November to check weapon systems operation and practice helicopter landing. The Petr Morgunov ships will be commissioned by the Year end.

Mr. Igor Orlov, CEO of the Severnaya verf shipyard, confirmed that the Gremyashchy corvette, the lead of Project 20385, will be passed to Navy by December 25th. Project 20385 was designed by the Almaz bureau. Multirole corvettes have to detect and destroy submarines and surface warships, support landing operations and engage in various brown-water missions. Corvette was built for the Pacific fleet and will be the first carrier of Kalibr missiles there. Severnaya verf is building another corvette of the Project 20385, called the Provorny. At ARMY-2020 forum Russia’s Defense Ministry contracted naval industries for two more pr.20385 corvettes.

Another worth mentioning news is about the ship already operational by the Russian Navy. According to information published by the Russian press agency TASS on November 13, 2020, the Russian Navy’s Northern fleet Admiral Kasatonov frigate of Project 22350 successfully fired Kalibr anti-ship missile at a coastal target, said.

“The frigate fired the Kalibr missile from the White Sea and successfully hit the target at a distance of 1000 km at Chizha range in Arkhangelsk region,” the Russian Defense Ministry said.

Earlier the Admiral Kasatonov ship trained artillery fire in the Barents Sea. On September 29, 2020, Admiral Kasatonov fired a Kalibr missile at a ground target in the Arkhangelsk region. In addition to two frigates operational by the Russian Navy the Severnaya verf keeps construction of six more frigates of Project 22350. Besides, naval industries were contracted for more frigates, but number of ships was not disclosed.