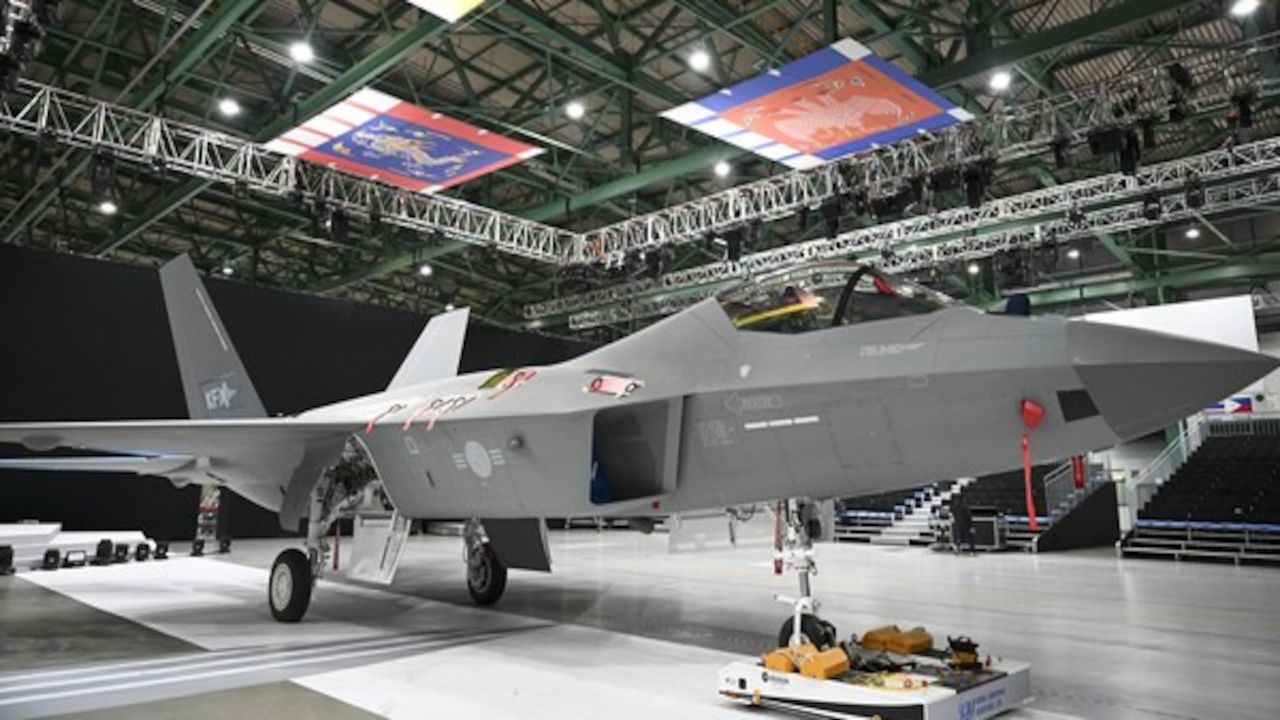 South Korea held today a rollout  ceremony in which it unveiled a prototype of its first domestically developed fighter jet.

Under the name of KF-X, the jet was showcased in a gray color at the Korea Aerospace Industries headquarters in the southern city of Sacheon.

The $7.9 billion program was initiated five years ago by South Korea to replace the Air Force's aging fleet of F-4 and F-5 jets in late 2015.

According to officials, the jets' design looks to be stealth which is expected to advance the military's defense capabilities and S. Korea's aerospace industry's competitiveness in the global market.

"The prototype rollout is a major step in the development process as it means we are entering the phase of testing the fighter's capabilities after actually building what we only had in drawing," the arms procurement agency said in a release.

The jet has a maximum payload of 7,700 kilograms and it is expected to have 10 pods for air-to-air missiles and other weapons. KF-X will be capable of flying at 2,200 Kilometer per hour with a flying range of 2,900 km.

The first flight test is scheduled for 2022, while the entire development of the aircraft is set to be completed by 2026.

When completed, S. Korea will become the 13th country in the world to have developed its own fighter jet.

KF-X is a 4.5-gen fighter jet and officially announced to be a non stealth aircraft, but officials say that research will continue for a possible conversion in the future.