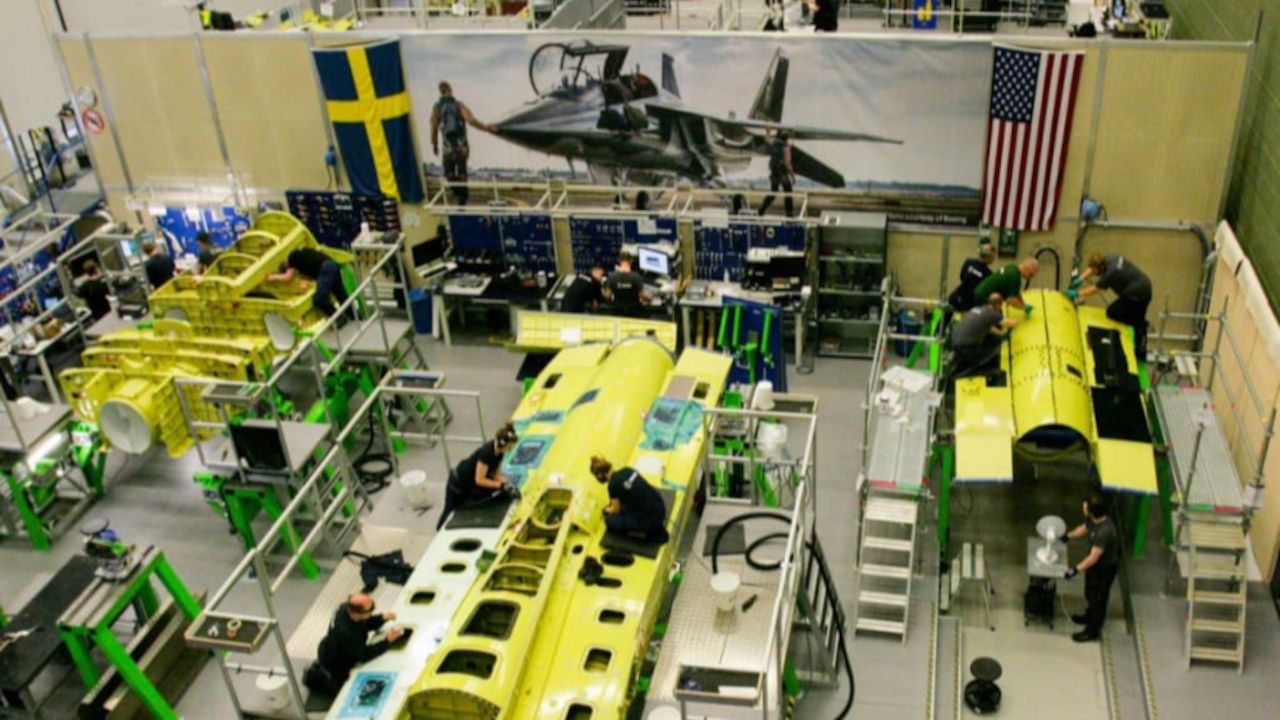 Acording to a press release by Saab on Monday, the company has shipped its second aft airframe section, which is for use in the T-7A Red Hawk flight test program.

The production and shipment of this aft airframe section is the latest milestone in Saab’s contribution to the design and development of the T-7A Red Hawk trainer for the United States Air Force. The shipment on 24 July 2021 was from Saab’s Linköping site in Sweden to Boeing in St. Louis, Missouri, USA. On completion of the Engineering and Manufacturing Development (EMD) production phase, Saab’s brand new facility in West Lafayette, Indiana, USA will undertake Saab’s production of the aft airframe sections for the T-7A program.

“T-7A demonstrates Saab’s approach to international growth and underpins our position as a world-class aircraft company and unique business partner. Together with Boeing, we are achieving our ambitious vision: to redefine what a trainer jet is, and to do so through digital engineering. This represents yet another milestone in delivering on our commitments,” said Jonas Hjelm, Senior Vice President and head of Saab business area Aeronautics.

In April 2021, Saab delivered its first T-7A Red Hawk aft airframe section for assembly as a ground-based structural testing aircraft. Upon arrival at Boeing in St. Louis, Saab’s aft section was joined perfectly with the front fuselage in less than 30 minutes. That achievement is a testament to the use of digital design and engineering, which delivers accuracy, efficiency and improved quality throughout the design and delivery of T-7A Red Hawk.

T-7A Red Hawk is an all-new, advanced pilot training system designed for the U.S. Air Force to train the next generation of combat pilots for decades to come. The aircraft has benefited from Saab and Boeing’s “breaking the norm” approach to military aircraft design, engineering and production, which saw the preceding T-X aircraft go from concept to first flight in just 36 months.