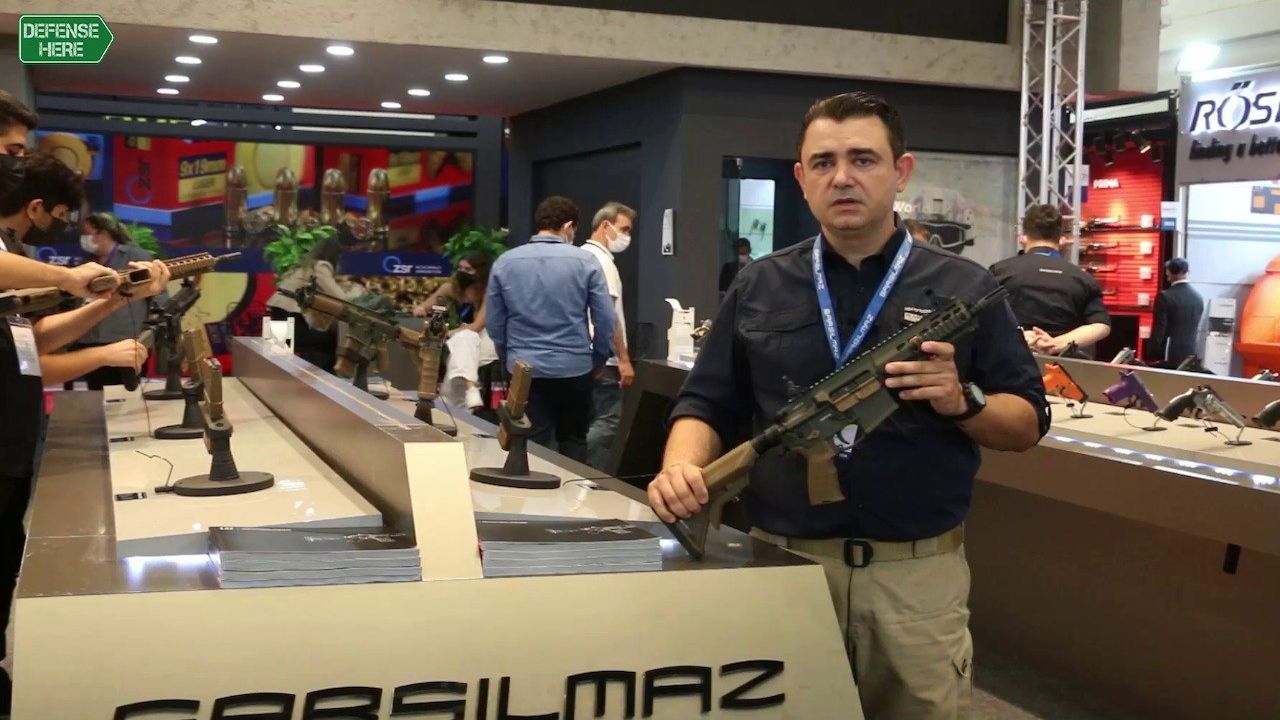 One of Turkeys leading firearms manufacturer Sarsılmaz showcased their latest small arms to the public. Sarsılmaz generates a lot of interest to its firearms, especially in the US.

Hakan Özadalı, a sales manager at Sarsılmaz, demonstrated their SAR 56 assault rifle. The rifle chambers 5.56x45mm ammunition and has a 30-round magazine. The magazine also has a feature that shows the number of bullets inside. Mr. Özadalı states that the rifle has a 7.5-inch, 11-inch, and a 14.5-inch barrel option. The SAR 56 is especially produced for the Turkish special forces.

A new heavy machine gun was also showcased by Sarsılmaz. The machine gun is a 12.7 mm, 50 caliber, gun. Mr. Özadalı said “After our trial tests we will give it to our Turkish military inventory”. The gun weighs 38 kilograms with an effective range of 1.8 kilometers. Mr. Özadalı also demonstrated another heavy machine gun that could be belt fed and mounted on a vehicle.

SAR 9 and its variants are also shown. SAR 9 SP variant used by the special forces features silencers, hologram sights and magwell. The pistol has a 17-round capacity and a very light trigger pull. Another variant shown is the SAR 9 SC. The SC stands for subcompact. The pistol has tritium and fiberoptic sights and a 12-round magazine. The weight of the SAR 9 SC is 500 grams with a light trigger pull and is suitable for concealed carry. Lastly the SAR 9 SPORT is shown with new features. SAR 9 SPORT has an aluminum alloy trigger as well as a flashlight and a hologram sight.