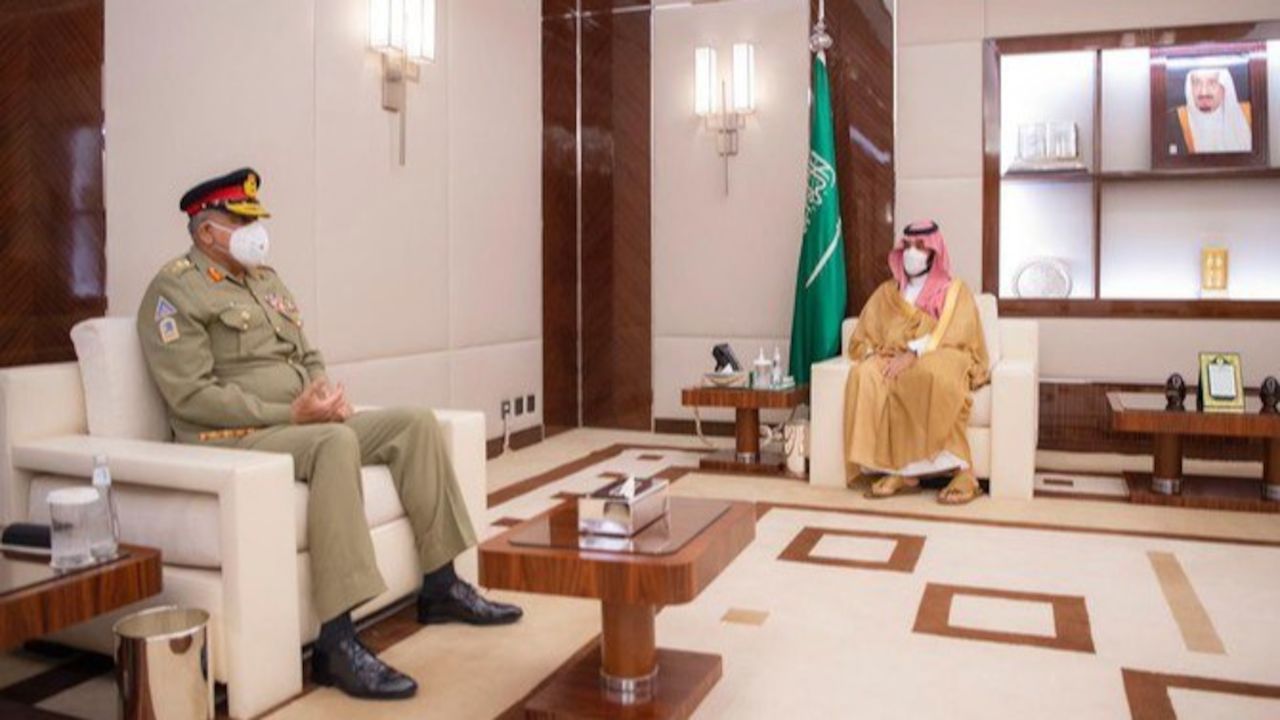 Bajwa arrived in Saudi Arabia on Wednesday. Pakistani prime minister Imran Khan will also embark on a three-day visit to the Kingdom today.

“COAS said that Pakistan is resolute in its commitment to safeguard the sovereignty and territorial integrity of KSA and defense of the two Holy Mosques. The Crown Prince acknowledged Pakistan’s role toward regional peace and stability,” the military said.

“The Crown Prince also said that the relations between KSA & Pakistan are based on bonds of brotherhood & mutual trust and both nations will continue to play their part for peace, stability & betterment of Muslim Ummah.”

SPA reported that the two leaders “reviewed bilateral relations, especially in the military and defense fields, and discussed opportunities for their development, in addition to a number of issues of common concern” during their meeting.

“The meeting was attended by His Royal Highness Prince Khalid bin Salman bin Abdulaziz, Deputy Minister of Defense, His Excellency the Minister of State, Member of the Council of Ministers, National Security Adviser Dr. Musaed bin Muhammad Al-Aiban, His Excellency the Head of General Intelligence, Mr. Khalid bin Ali Al-Humaidan, and the Ambassador of the Custodian of the Two Holy Mosques to Pakistan Mr. Nawwaf bin Saeed Maliki.”

On the Pakistani side, Pakistani ambassador to the kingdom, Lt. Gen. Bilal Akbar, the secretary to the army chief, Major General Muhammad Irfan, and the Defense Attaché of the Pakistani embassy in Riyadh, Brig. Gen. Harun Ishaq Raja, were present.