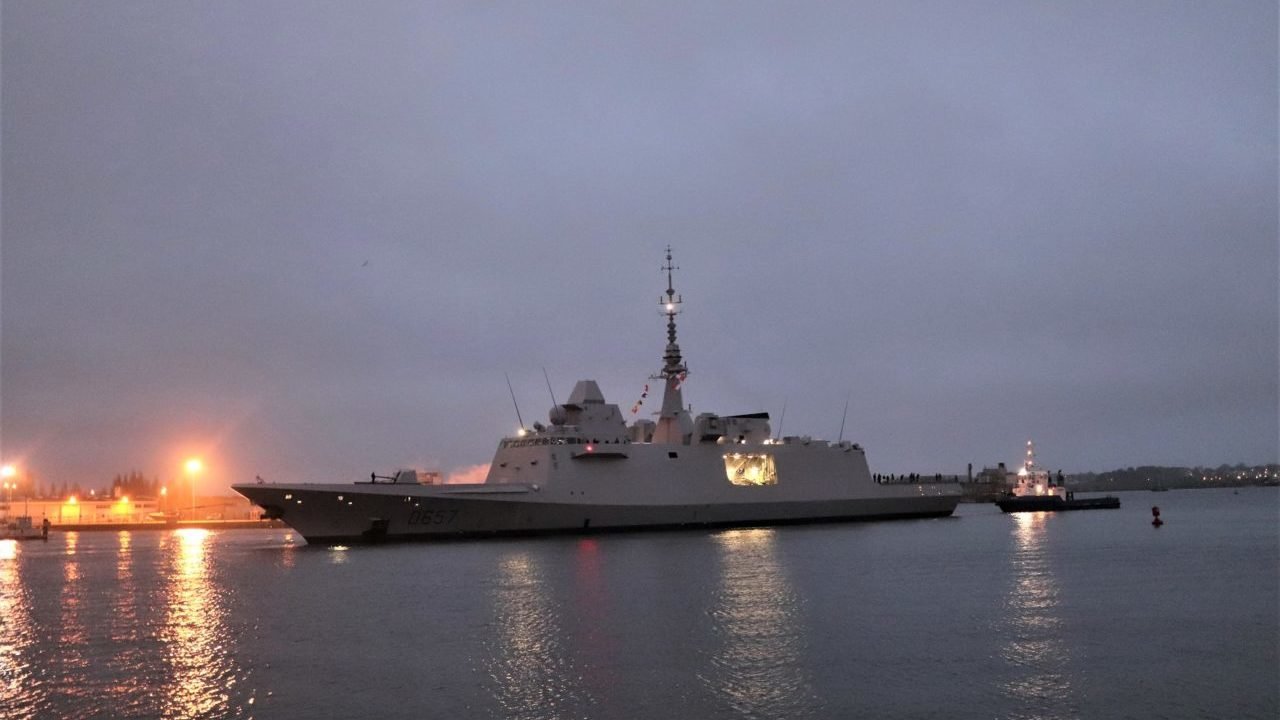 On February 22, 2022, Naval Group started the first sea trials of the FREMM DA Lorraine, an important step before the frigate's delivery.

For several days, the eighth FREMM to be delivered to the French Navy and second with enhanced air defence capabilities (FREMM DA), will undergo sea trials off the coast of Brittany.

Ordered by the Organisation for Joint Armament Cooperation (OCCAR), on behalf of the French Procurement Agency (DGA) and the French Navy, the FREMM DA Lorraine is the eighth and last multi-mission frigate to be built for the French Navy. It is also the second FREMM with enhanced air defence capabilities (FREMM DA).

Two hundred and fifty people are mobilized to prepare this first sea trial. This session will enable the performance of the ship's propulsion and navigation systems to be tested. Several campaigns will then be carried out to test all the systems. FREMM DA Lorraine will then be delivered by the end of the year.

Didier Trehin, Naval Group on-board manager for this first campaign, said: "This first sea trial is a very important moment, especially as this is the last frigate of the FREMM series. This is the first time the ship has been at sea. This milestone also symbolizes three years of preliminary work with our teams and partners. Thanks to exchanges since the beginning of this program in 2005, the FREMM DA Lorraine carries the most recent and efficient technologies on board”.

The FREMM program proceeds according to the schedule established by the last Military Planning Law (LPM). Seven FREMMs have already been delivered to the French Navy between 2012 and 2021. Aquitaine in 2012, Provence in 2015, Languedoc in 2016, Auvergne in April 2017, Bretagne in July 2018, Normandie in July 2019 and Alsace in April 2021. Internationally, the Mohammed VI was delivered to Morocco in 2014 and the Tahya Misr delivered to Egypt in 2015.