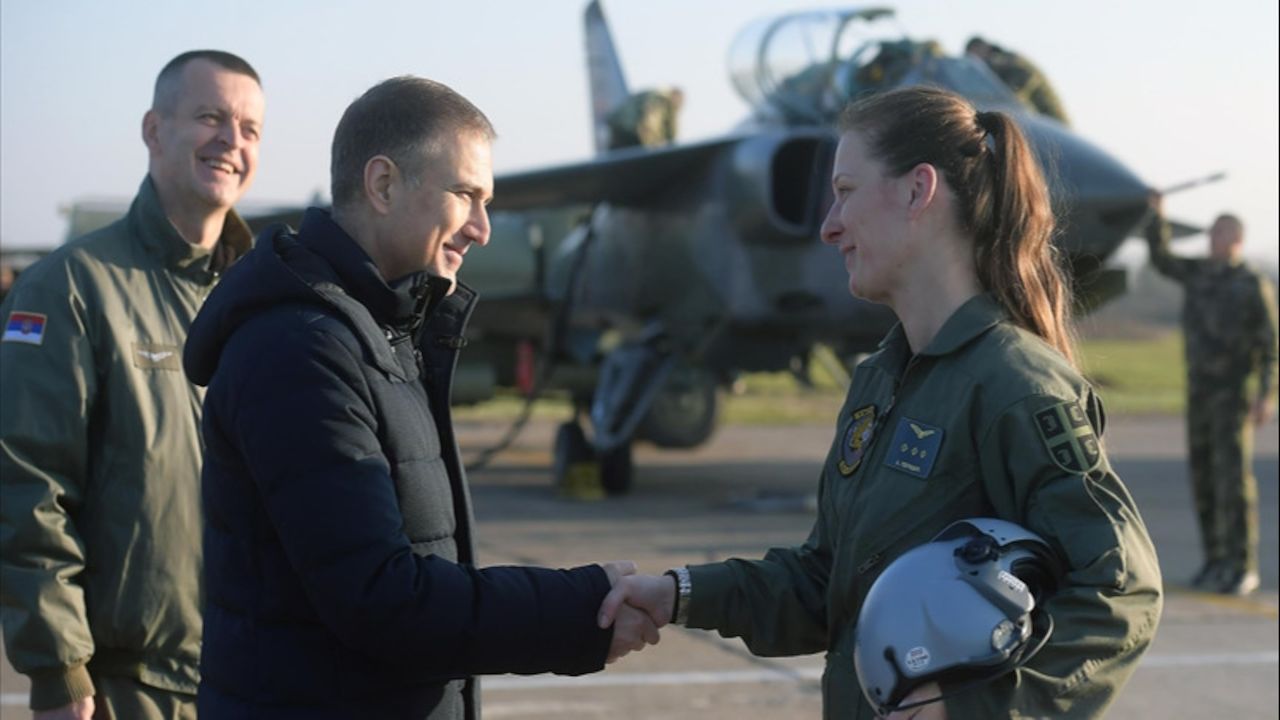 "The flight was safe and secure and I am satisfied with how I managed to do it. The challenge in itself is to fly alone on that aircraft after the control flight," said Captain Perisic.

Defense Minister Nebojsa Stefanovic attended the ceremony and said he was proud of the fact that a woman had become an attack aircraft pilot.