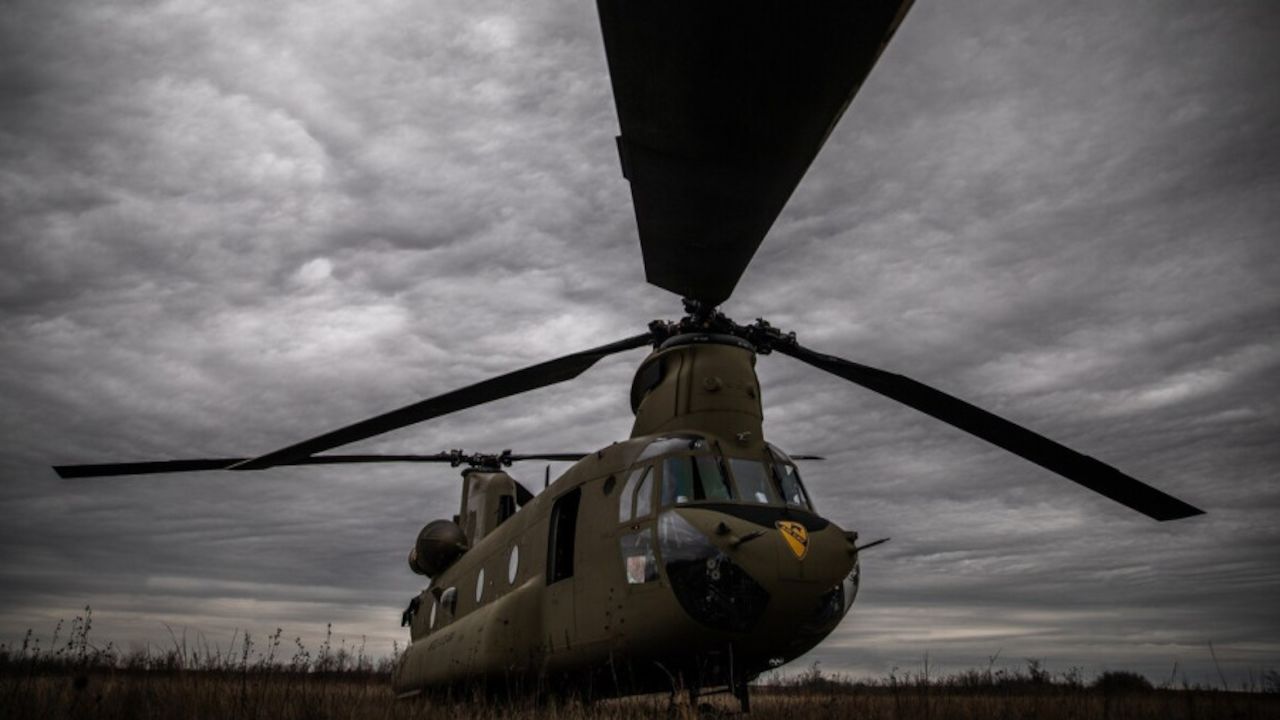 The first Boeing CH-47F Chinook heavy-lift helicopter for Singapore’s Air Force is undergoing flight tests in the United States, with registration data showing that the Southeast Asian nation has 16 of the helicopters on order.

Images have appeared of a CH-47F bearing Republic of Singapore Air Force markings at Wilmington International Airport in Delaware. The helicopter flew from the nearby Boeing Chinook production facility in Ridley Township, Pennsylvania.

The helicopter, carrying the U.S. Federal Aviation Administration civil registration N271GG, was one of 16 CH-47Fs added to the FAA’s registry by Boeing in February and is usually a precursor for newly built aircraft to fly in U.S. airspace for flight and other testing. The helicopters added to the registry were assigned registrations in sequential order, beginning with N271GG and ending with N286GG.

It is unclear if all 16 of the CH-47Fs are destined for Singapore, although that was the number an industry source had given Defense News when asked in 2019 about the number of Chinooks Singapore was acquiring.

Singapore had announced in November 2016 that it was acquiring an unspecified number of CH-47Fs under a Direct Commercial Sales contract with Boeing to replace the Air Force’s fleet of older Chinooks.

Military platforms appearing on the FAA registry is usually a sign that the aircraft are destined for a DCS customer, as opposed to aircraft sold through the government-to-government Foreign Military Sales process, which would then receive U.S. military registrations.

Boeing previously declined to comment when Defense News asked if the helicopters on the FAA registry were on a DCS contract. Singapore is the only known customer for the CH-47F with outstanding aircraft. India recently became a Chinook DCS customer, but its 15 helicopters have been on the FAA’s registry since 2018, and deliveries were completed earlier this year.

The Singaporean Chinook pictured in Delaware has a markedly different equipment fit from standard U.S. Army CH-47Fs. It was fitted with a lengthened nosecone for a radar and enlarged fuel tanks on the side sponsons, similar to the Southeast Asian country’s current Chinook fleet.

The helo was also equipped with an electro-optical/infrared turret below its nosecone. What appears to be a satellite communications antenna can be seen on the top of the aircraft’s fuselage. The origins of these are unknown, although the latter is likely to be a product of the Israeli company Elbit Systems, which provided the onboard defensive suite.

Singapore has upgraded some of its locally based CH-47SD Chinooks with a similar SATCOM antenna and defensive suite. The defensive suite include missile approach and warning systems, decoy dispensers, radar and laser warning receivers.

The Air Force currently flies 10 CH-47SDs in Singapore and five older CH-47Ds assigned to a detachment in Australia for crew training and to support Singaporean military exercises Down Under.