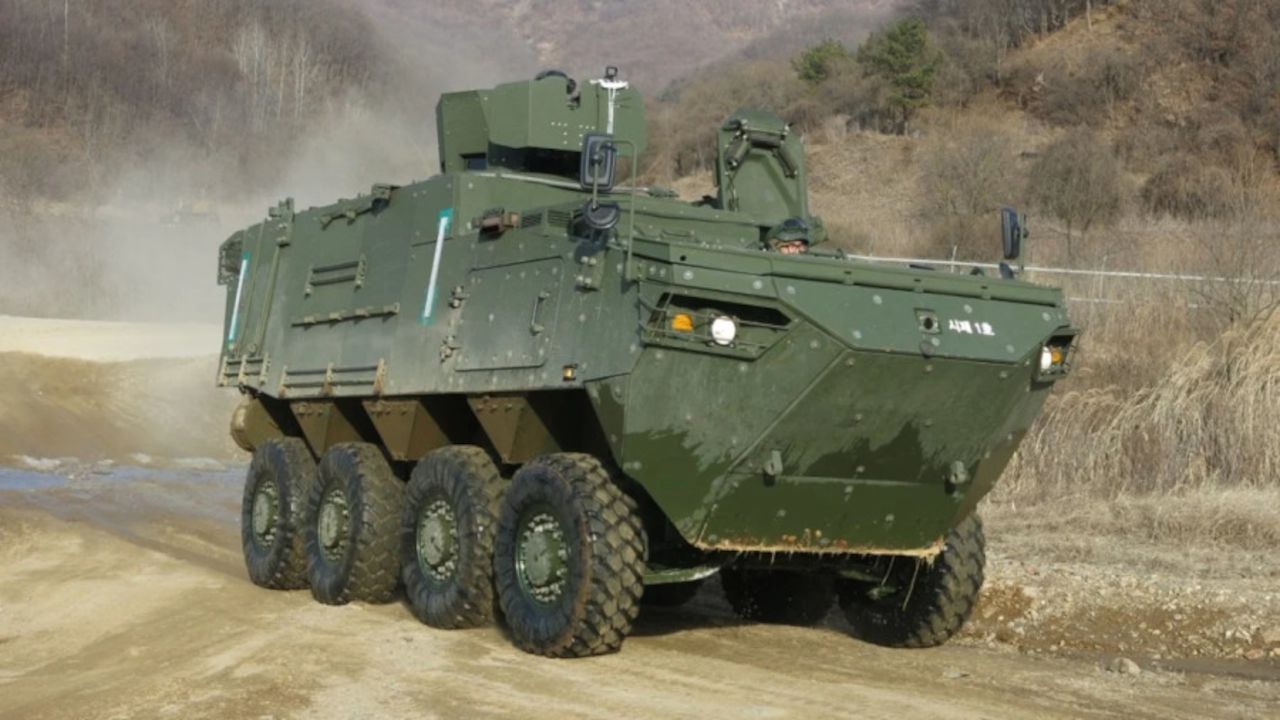 The South Korean arms procurement agency has announced on Monday that Hyundai Rotem has completed the development of a new armored command vehicle.

The new wheel type vehicle, based on the K808 platform, allows commanders to lead combats while moving around and is equipped with devices to defend against enemy’s chemical, biological and radiological (CBR) attacks, according to a recent service news release.

The agency said the vehicle’s development, which began in 2017, was completed earlier in the month.

“With the success of the development of a wheel-type command post vehicle, infantry units’ maneuverability and survivability will be greatly improved,” an agency official said.

The agency plans to sign a contract for its production in 2022.

The new armored command vehicle will use to provide means to receive information, analyze and transmit data, and control forces carrying out combat missions.

As part of a family of 6×6 and 8×8 armored vehicles, the new command vehicle has an all-welded armored hull that provides protection against small-arms fire and artillery shell splinters. It can be fitted with add-on armor for a higher level of protection. It is also equipped with the NBC protection system.