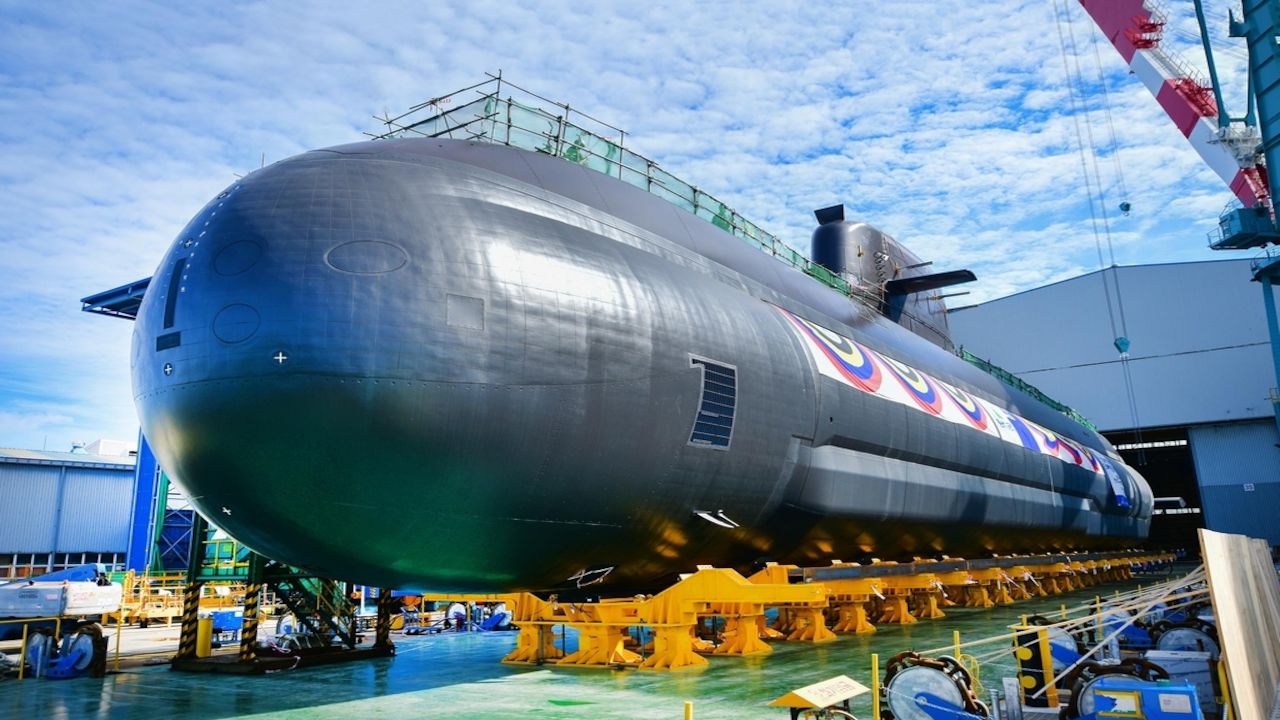 A launch ceremony for the new submarine, named after a prominent Korean independence activist, Shin Chae-ho, took place at the shipyard of Hyundai Heavy Industries Co. in the southeastern city of Ulsan.

It is the third and the final of three Changbogo-III Batch-I submarines South Korea has been building with its own technologies under a $2.77 billion project launched in 2007.

All of them are capable of firing submarine-launched ballistic missiles (SLBMs).

The first Dosan Ahn Chang-ho submarine was launched in 2018 and was deployed last month, and the second one, the Ahn Mu, was launched in November last year and is expected to be delivered to the Navy around next year.

The 83.5-meter-long and 9.6-meter-wide latest submarine is capable of carrying 50 crewmembers and can operate underwater for 20 days without surfacing – it is scheduled to be delivered to the Navy in 2024 after test operations.

"The submarine has a strong capability of deterring provocations as it can be equipped with SLBMs test-fired earlier this month," the Navy said in a release. "Some 76 percent of its parts are locally produced, which allows for maintenance and other technological support in a timely manner."