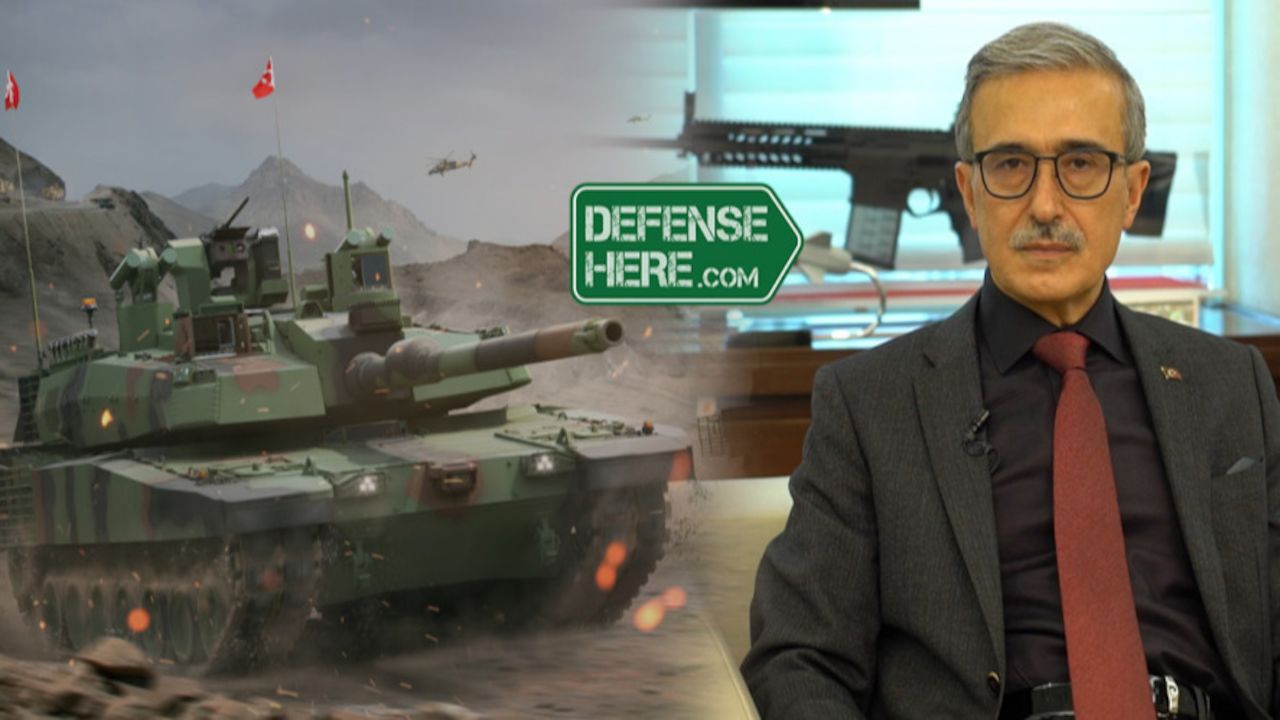 In an exclusive interview with Defensehere, the President of the Presidency of Turkish Defence Industries (SSB), Prof. Dr. Ismail Demir, spoke about the latest developments in the Altay Tank project as well as the latest achievements in the modernization projects of the currently existing tanks in the Turkish Armed Forces’ inventory.

This is the first part of the interview, which will be discussing the Altay tank project and tank modernization projects:

Defensehere.com: What are the latest developments in the Altay tank project and what comes next?

As you know, the Altay tank project consisted of two stages. The first stage was prototype development, qualification, testing and becoming production-ready.

Now that we have moved to the mass production stage, some of the parties/companies that didn’t cause any problems during the prototype development stage in regards to some of the systems, specially the powertrain assembly, or as we call the it the engine and transmission, aren’t now responding to our export permit applications.

All the phases and stages that we have set contractually, were actually proceeding smoothly as in the prototype development stage.

But for whatever reason, when the export permits were not issued in this stage, we went to standby in some of the production processes, especially the ones related to the power pack.

But of course, this standby does not mean that production will stop. We immediately started to look for an alternative.

Of course, we have not received a refusal on the power pack, nor has it been approved. We are in a semi-standby situation right now. Since the vaccine rollout has been extended, we started looking out for other solutions.

Our work continues, including the development of a domestic power package. We found alternative resources.

In this regard, we continue on both alternative resources and domestic development. When we solve this problem, our eighteen-month mass production stage will begin.

But unfortunately, we entered this forced semi-standby situation, but this problem is not insoluble.

As I said, we have taken a step towards finding an alternative resource, that is to be unveiled very soon and we also have a project that focuses on developing our own power system/pack.

Thereafter, it will be possible for the Altay tank to enter the mass production stage.

By the way, I need to specify the following as well; for the tanks already existing in the Turkish inventory, there are various and comprehensive modernization projects that are being carried out.

Various modernization programs have already been implemented regarding both optical and situational awareness, self-protection and the firing systems of the existing tanks.

So, we can actually say that we have improved Turkey’s existing tanks' capabilities and abilities to a very high level.