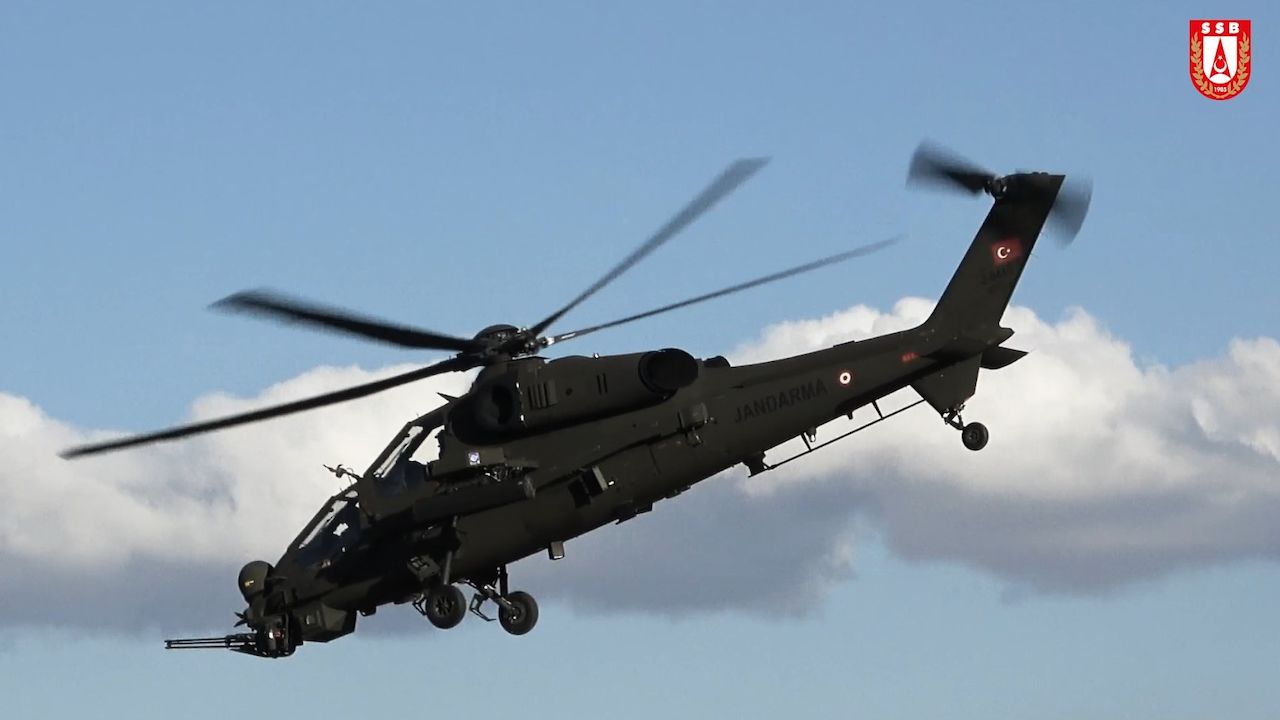 The head of Turkey's Defense Industries Presidency announced that one more helicopter was delivered to the Turkish Gendarmerie General Command.

“We continue our efforts to meet the helicopter needs of our security forces,” Ismail Demir said on Twitter.

“…for our independence and future,” he added.

The number of ATAK helicopters delivered by Turkish Aerospace to the security forces so far has reached 66.

The company defines T129 ATAK as the most effective attack helicopter in its class worldwide, and describes it as follows:

“Optimized for heavy weapon loads and challenging ‘hot temperature-high altitude’ missions, T129 ATAK Helicopter has been developed by national means and capabilities to meet the Turkish Armed Forces’ attack helicopter needs, and the delivered helicopters effectively perform missions during the operations of the Turkish Armed Forces with high maneuverability and performance in night and day conditions.”