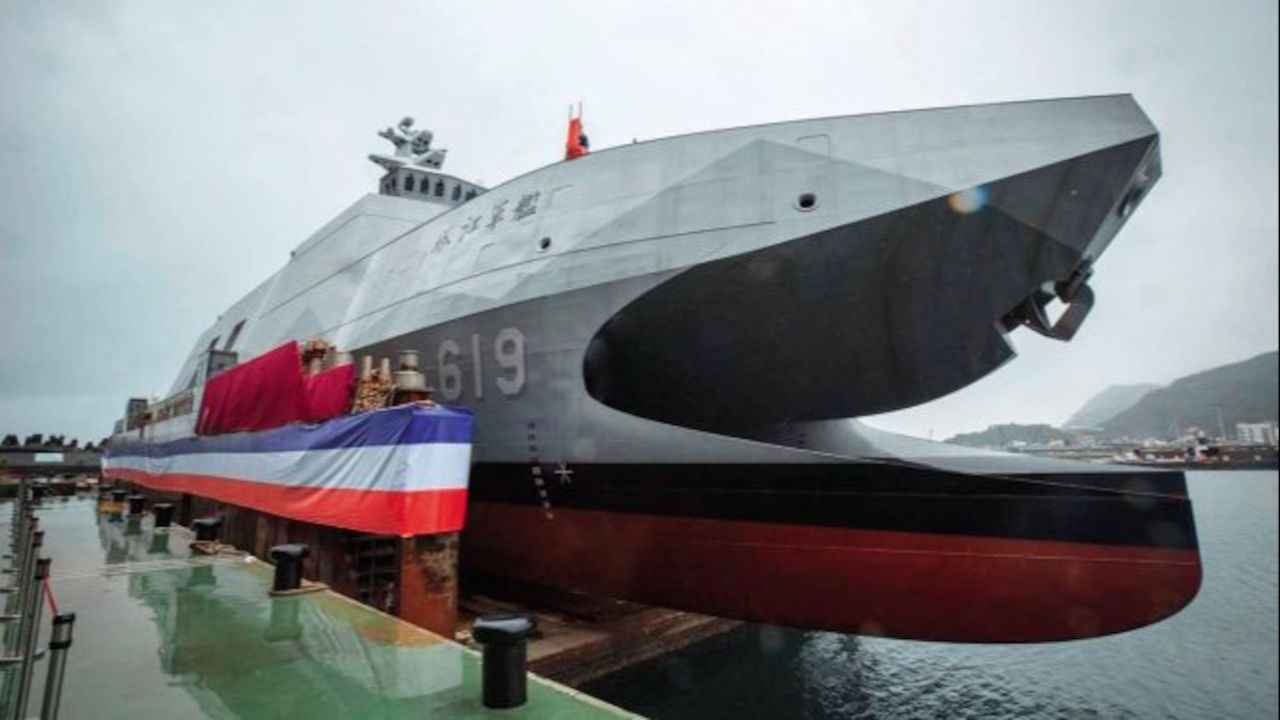 Named Ta Chiang (pennant number 619), the vessel entered the water in a ceremony held on 15 December at the company’s facility in Suao, southern Yilan County, that was presided over by Taiwanese President Tsai Ing-wen.

The president said Taipei aims to build a total of six of these improved ships by 2023, with up to five additional ones expected to be built thereafter.

Developed under the Hsun Hai programme, the Tuo Jiang-class vessels are designed to provide the RoCN with a high-end, asymmetric means to defeat amphibious landing and capital ships.

As Janes reported, the corvettes, which feature a wave-piercing catamaran hull form, waterjet propulsion, and a low radar cross-section (RCS) design, are meant to assume responsibility for the lower intensity maritime security missions currently undertaken by the service's larger and more-expensive destroyers and frigates in peacetime, while providing an affordable but effective asymmetrical counter against an adversary's larger warships.

Ta Chiang (also spelled Ta Jiang) is the first series-produced vessel of the class and features several enhancements over first-of-class Tuo Chiang – which was commissioned in late 2014 – in terms of weaponry, mission systems, and design.