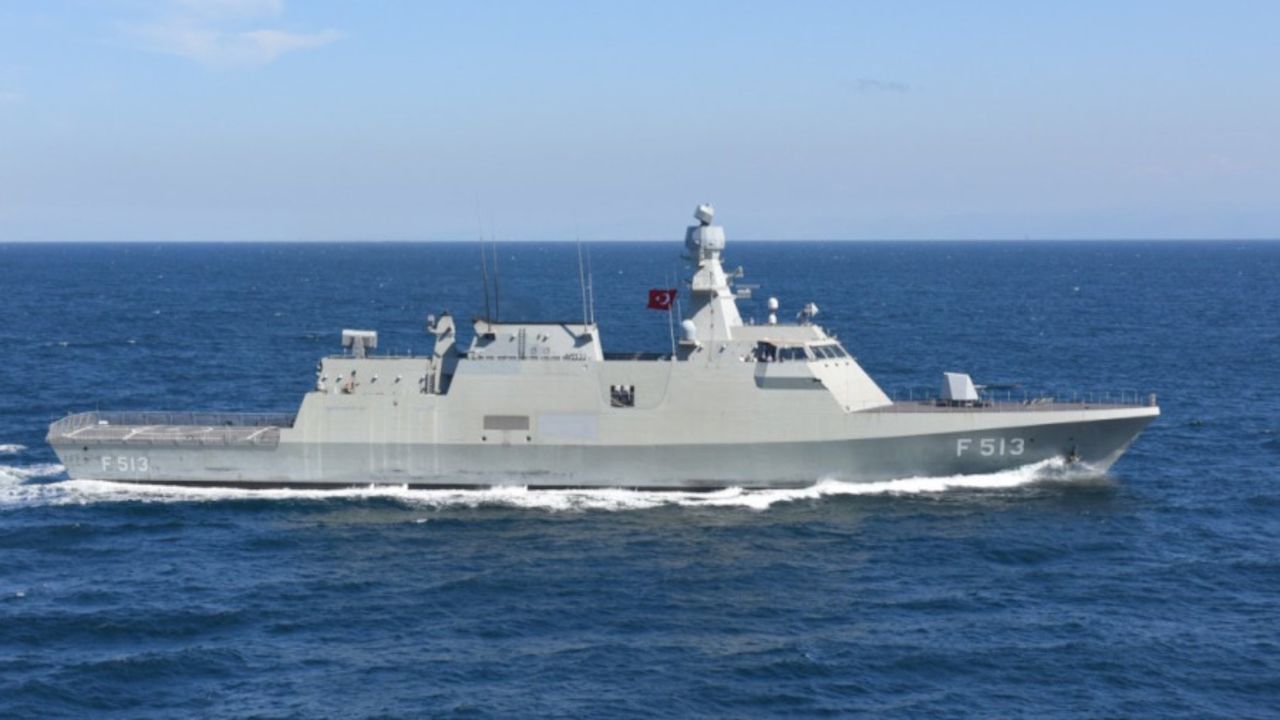 Built under the MİLGEM project, the keel for Turkey's third indigenous warship, TCG Burgazada, was laid on September 27, 2013.

TCG Burgazada Corvette which its Construction commenced on 17 December 2014 at Istanbul Naval Shipyard Command, was launched with a ceremony held on June 18, 2016.

The ship with the Pennant number of 513 was commissioned by the Turkish Naval Forces with a ceremony held on 4 November 2018.

TCG Burgazada is 99.5 meters in length, 14.4 meters in width and 2,400 tons in weight. The corvette is powered by a 35-megawatt gas turbine in a combined diesel and gas turbine configuration with two diesel engines.

TCG Burgazada can stay at sea for 10 days with a 3,500-nautical-mile cruising range without supply or fuel support.

Accommodating a crew of 107 personnel, the corvette, has a platform, hangar and extensive support equipment required for a 10-ton helicopter.