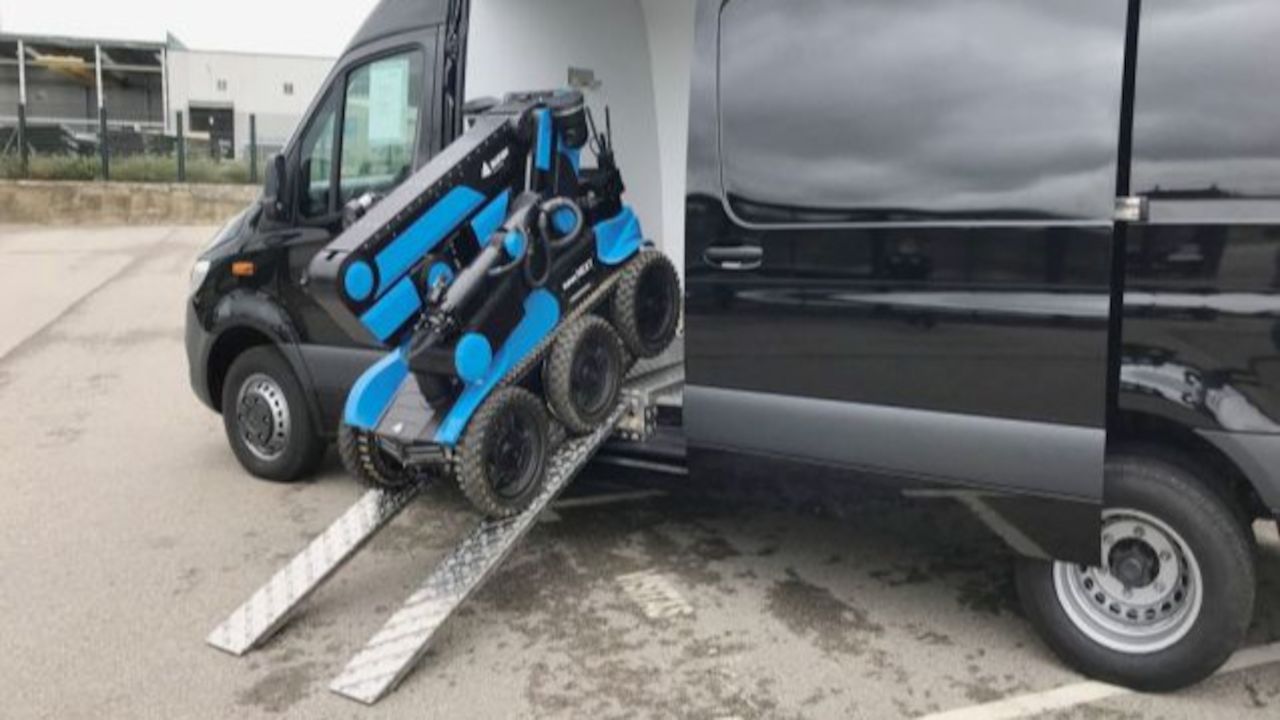 The deal also included seven aunav.VAN command and control (C2) vehicles which can be used to transport the robots.

The aunav.NEXT is equipped with two manipulator arms that enable operators to perform complex operations, resulting in improved inspection of suspect packages and bomb neutralisation.

“aunav.NEXT is the only robot on the market with two synchronised arms. Both can rotate 360º and have a lifting capacity of 250 kg, which results in an effective combination of strength and dexterity in their movements,” Pablo Vázquez, General Director of aunav told Janes .

“Furthermore, its powerful manipulator allows access into a vehicle by deforming the metal bodywork or breaking windows,” he added.

The primary arm of aunav.NEXT is hydraulic and the secondary arm is electric. The robot features a dual traction system combining six high-grip wheels and tracks to aid manoeuvrability through difficult terrain including snow, mud, and sand. It can climb stairs and slopes with gradients of up to 45°. An anti-collision and anti-roll system is also fitted.

The platform features ingress protection rating of IP65 and EAL2+ that prevents dirt or CBRN contamination penetrating into the robot, which enables it to be used in hazardous conditions.

Situational awareness is provided by up to 11 cameras – including a pan-tilt-zoom (PTZ) camera with up to 10× zoom). A thermal camera can be added on request. Distance sensors are incorporated with optional CBRN sensors and sample holders.